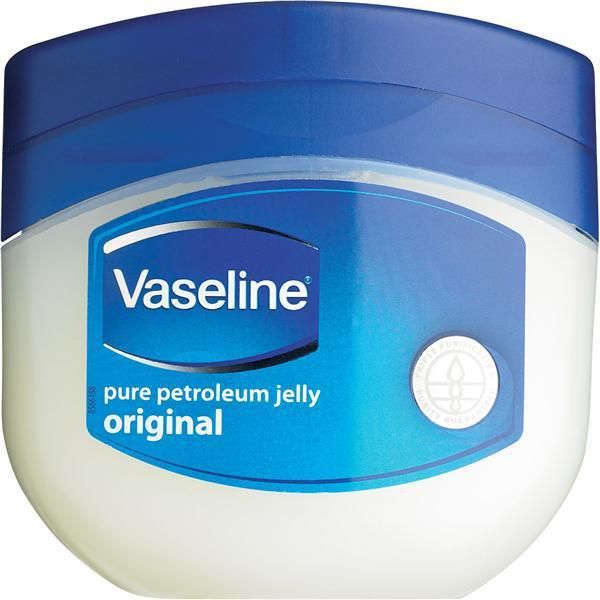 My lips always dry out even though I use it every night regularly. It just look like a wax layer sit over my lips. Zero moisturising.

Ive been using Vaseline for so many years that I lost count, since back when the Vaseline brand was just the tub of petroleum jelly and the only product by this brand. Now there's so many moisturizers and lip products I cant keep up. First of all it is very cost effective and I can use it for so many different things such as dry patches on my face or body which can appear at any time.I dont need to spend money on fancy lip balms, I just stick to this. Also i found its great when mixed with my hand lotion, the moisturising effect is so much better and effective. Sometimes when Im cooking i can be a bit clumsy and end up with scrapes or scald my hand, and all i do is apply a thin layer of vaseline and leave it on to do its work, that simple. It is not fragranced which means no chance of irritation as my skin can be quite sensitive. Its literally one of those things i always have a tub of lying around because its so versatile and saves me a ton of money compared to buying different creams and salves for each problem area I have. A very good multi-tasking product and one I will not be without as long as they keep making it. :) .

I am reviewing this mostly as the product it is intended to be, an occlusive. Although it has other uses, and I've successfully used it for other purposes which I list, I think many of us, myself included, tend to underestimate occlusives. I hated the very idea of them back when my skin actually cared to produce sebum. My skin is extremely dry and prone to terrible dehydrated states, especially in cold and windy weather. We're talking so dry it is painful enough you kind of want to cry level of dryness. The dehydration has unfortunately gone on for long enough to result in some fine lines, some of which deepend into permanent lines. I couldn't find a product that would moisturize without breaking me out or irritating, until I made my own essential oil blend in a carrier oil. Then, as that wasn't quite enough yet, I added a rich baby cream similar to nivea. But the real turning point came when I thought what the hell, and started applying Vaseline on top of all of that before bed. You read that right, I layer occlusives over my occlusives and if your skin is making your doctors consider corticosteroids to ease the pain, you might consider trying it too. I'm telling you, I no longer flake, itch, burn, sting, peel, crack or look like it either. I do this occlusive feast in the evening and that suffices, but when desperate I also used it in the morning only applied lighter coats and my makeup stayed on fine (I avoid the brow area so that my brow pencil doesn't smudge, but my concealer, foundation and blush stayed on just fine). Those permanent wrinkles? Almost gone. I suppose I'm not rid of them, they're just plumped up with all the moisture, but that's fine by me. I never had a breakout from this, I just make sure I cleanse impeccably because if anything is trapped in your skin under occlusives, it will be a zit by morning. People who are undergoing a cosmetic purge of impurities may want to skip Vaseline until the purge is over. I know I really go ham with it and it would be overkill for most people, but if you're as dry as me, there's hope. It's only average as a lip balm for me, but nice if your lips just need a bit of moisture and protection. I read on mumsnet a bunch of women were all testing it as nail treatment and loved it so I gave it a try. It does make nails feel strong without making them rigid, but what's most amazing is how it leaves the nails looking buffed! It makes the surface of the nail look so even and smooth. It boosts effects of cuticle treatments, though it isn't a great cuticle treatment on it's own on my very dry and cracked hands. I will continue to use it on nails and face and have actually started using regularly on lashes and the eye area out of curiosity since it's worked well for many. For very damaged hands I suggest applying a very thin coat (it actually doesn't just sit on the skin in my experience as long as you don't overapply) on top of hand cream. I can't do this often, especially not at work where my hands suffer most, but when I do the difference is huge. Try rubbing it on your nails just once if you haven't yet, it's pretty neat! I didn't take any points off for the tub packaging as they do sell this in tubes. I don't know if Vaseline brand does, but I've seen other dermatologically approved pertoleum jellies in tubes.

I'm almost done with my 100ml jar. I use it mostly to moisturize my lips, under my eyes before MU application, as a hand cream when I'm outside and sometimes foot moisturizer. It is fantastic, my lips are always soft and stopped peeling, no need to exfoliate anymore. Probably the biggest trick that made this 1£ product a HG to me is how it resolved my worst MU problem that is under eye creasing. Whatever concealer I try / powder / eye cream, creasing is always a huge problem UNTIL I applied vaseline once before my concealer and didn't powder. MIRACLE ! My concealer stayed put and smooth ALL DAY without creasing. I only tap a tiny bit and it's enough.

Good for rubbing on elbows but really bad for under eye area. I was using it for a month to keep my under eyes moisturized. It didn't cause any milia but I'm attributing this to the dark circles and hollows I started getting while using. I don't think petroleum is supposed to be healthy for the skin.

I use this for my lips:) How to use recommendations 1.put it on my lips 2.wrap and warm with steamed towel

I use this product under my eyes after applying my eye cream at night and have seen good results--smoother skin, fewer small wrinkles, etc. However, I primarily use this product on the outer corners of my sensitive, weepy eyes. I find that the barest dab, tapped on before primer and makeup application, helps keep my eyes from watering and ruining my eye makeup all day.

If you don't own at least one tub of Vaseline you're missing out. This product is n effective multi-tasker for so many uses. I use Vaseline primarily for: 1. A soft highlight on cheekbones(can be mixed with a bit of shimmer powder if needed) 2. Clear Lip Gloss and balm 3. Making your own coloured lip glosses with the help of eyeshadow/blush 4. Making cream blush 5. Dry skin.. cracked heels, dry elbows, dry knees. 6. moisturizing eyelids 7. Making your eyelids shine with eyeshadow 8. Eye makeup remover 9. Eyelash overnight treatment 10. If you don't want to put on mascara you can use this to amp up and shape your eyelashes during the day 11. My boyfriend uses this to treat his boxing gloves... 12. cuticles 13. I put a line down the center of the front of my legs for a nice contour when showing my legs in summer..

This is it - my holy grail lip balm. I've tried Blistex, Chapstick, Carmex, Nivea (stick balms and lip butters) and Nuxe, which were all flawed in some way. I only had issues with my bottom lip, which was always perpetually peeling and had dry skin coming off every night. This was really annoying because every time I wanted to apply lipstick, I had to use a lip exfoliator. Then a friend suggested I try using Vaseline and holy shit, it worked like magic. I only apply this at night and when I wake up, my lips are baby soft AND they don't peel anymore even though it's almost winter here. My lips also look more rosy now since they aren't chapped/peeling. I highly recommend this to people who struggle with lip balms making their lips chapped/peel.