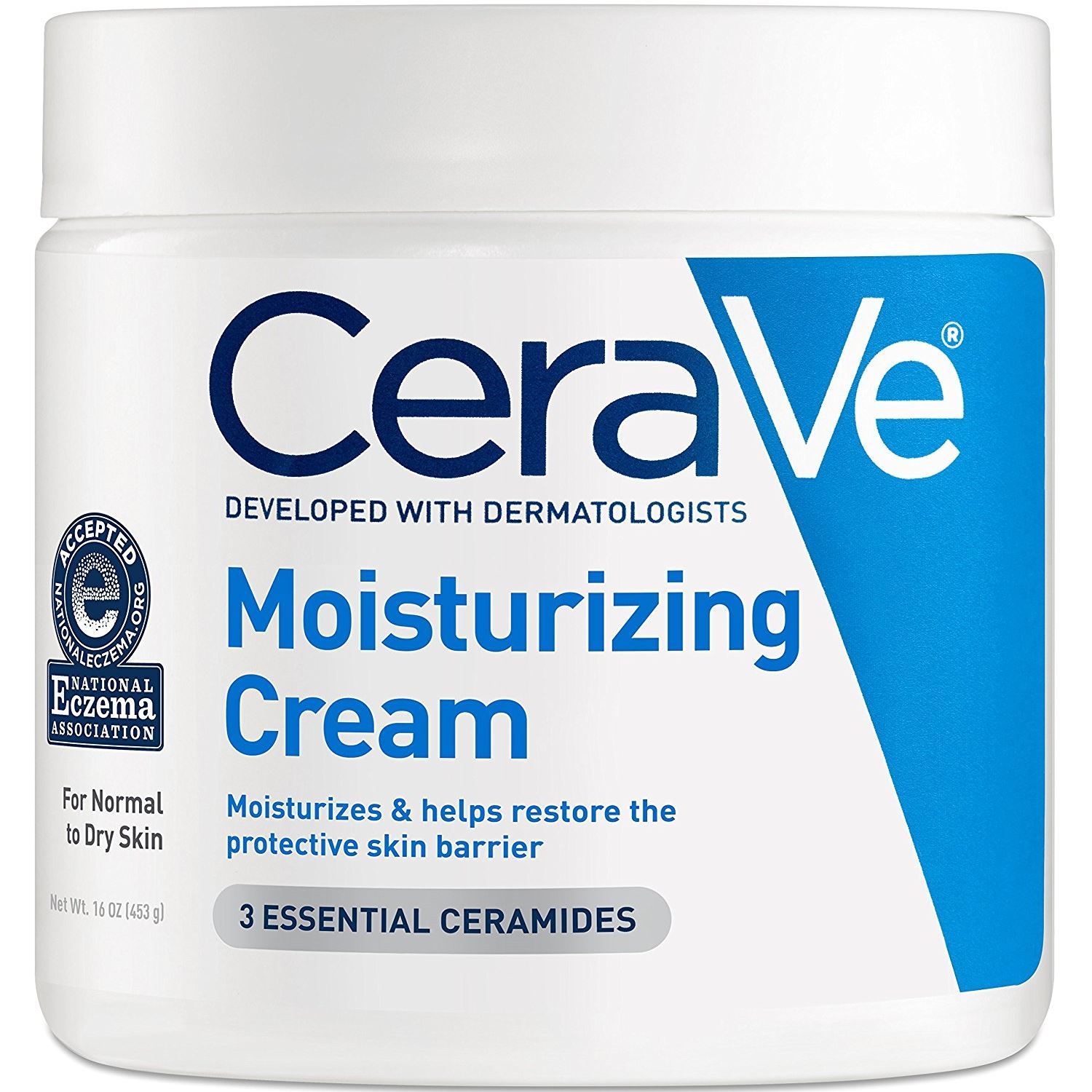 I bought this with the intention of using it on my body. I was really excited to try it because at the time, Cerave had just started selling in my country and I wanted to see what the fuss was all about. I also enjoy that this has a tub version because one of my pet peeves with body creams and lotions is when you can't get the remaining product once it begins to run out (unless you cut the bottle open, which I think is a hassle). My body skin is really prone to dryness, especially in winter to the point that my arms and legs would get ashy and/or scaly if I don't moisturise at all. It is a VERY thick cream, probably the thickest I've ever tried, but I don't mind. It also helps to apply it straight after showering so that the cream spreads easier. AND... this cream is the only one to ever soften my rough, dry elbows and knees. Ever since moving to Australia 16 or so years ago, my elbows and knees have been super dry and I've used a lot of different body lotions to try and alleviate that. But I've never seen it happen until this product. I'm not using it currently though because honestly, it's a little more expensive than most body lotions at the chemist so what I've done is I've just bought the hand cream version of this (which is very similar imo) and I use that on my elbows and knees instead. It works just as well. As far as using it for the face, I don't know because I've never tried nor do I want to. My face skin is a little oilier than my body skin and it's also acne prone so I don't think this is a good moisturiser for my face. It actually broke my chest and back a little bit, so I apply only a little on those areas (or just use my face moisturiser on those areas instead). Overall, I think this is a great one for those with dry skin or skin conditions that pertain to dryness!

I’ve been using this for quite some time on my body (thank you Dr. Dray) but decided out of desperation on my peeling facial skin to give it a go on my face. I was surprised my skin soaked it all up, but more surprising was the fact that it didn’t feel greasy on my skin or give me Milia. I will go back to my favorite Belief moisture cream this was just a quick trial and it worked! If you buy the tub with the pump it’s better than dipping your fingers into the tub.

I like this product and feel it works well. It is easier to use if you buy the tub with the pump. However, I feel it has a plasticy smell and So I prefer Vanicream instead.

My son and i use this , i have kp and he has eczema. Its hydrating for us both. I am using this to grease orifices while using differin gel keeps eyes lip area hydrated without breaking me out!

Not bad. But I prefer the Avene recovery cream, it's way more moisturizing and very gentle to the skin. However, it's very moisturizing but just not my cup of tea!

Still my holy grail moisturizer - feels heavy upon application but melts into your skin! This product really helped to repair my skin's moisture barrier and is simple and effective. Non-fragrant, which is also a huge selling point for me.

I'm halfway through my second tub of this with exclusive use on my face(a tub lasts me about a year). This moisturiser works amazing for my combo/dehydrated skin. Fair warning that it is quite thick, but leaves my face soft and without a greasy shine. I do feel like if you live anywhere humid or hot, it WILL be too heavy, but it's a godsend for Canadian winters(I sometimes add a drop of oil to help it blend into the skin easier). It can be difficult to find an inexpensive fragrance-free drugstore moisturiser but Cerave does the job and it's all I can ask for.

Good for body and dry patches but I was hoping that I would be using this on my face, considering it is $30. It broke me out almost immediately. I should have known I wouldn't get away with using something this heavy on my face. It does soak in and make my skin feel soft.

I like this as a body cream, not for my face. I use it right after I shower or after washing my hands. As a body lotion, it is not greasy, but leaves my skin nice and smooth. I feel protected from the elements with none of the grease or wetness that other lotions have. It is as lightweight as it gets. I can tell it's on because it makes the back of my hands shiny. I think there must be a good amount of silicone in here, which I have no problem with. I don't like it on my face. It never sinks in at all and just feels heavy there. It even stings a little. For the face, I use Vanicream, Neutrogena sensitive skin lotion, or Beauty 360 advanced repair. For my body, I like this cream and Aquation best. I don't love the big jar and wish the pump version were easier to find. My CVS didn't have it. I have a 1.89 oz. tube of this in my purse and it is a good hand cream. I don't grease up my phone screen after I use it. Will buy again.

Good everyday cream, non comedogenic, soothing. For some reason it makes my face very oily after a few hours but I think I maybe putting too much on... will update review but for now it’s good.