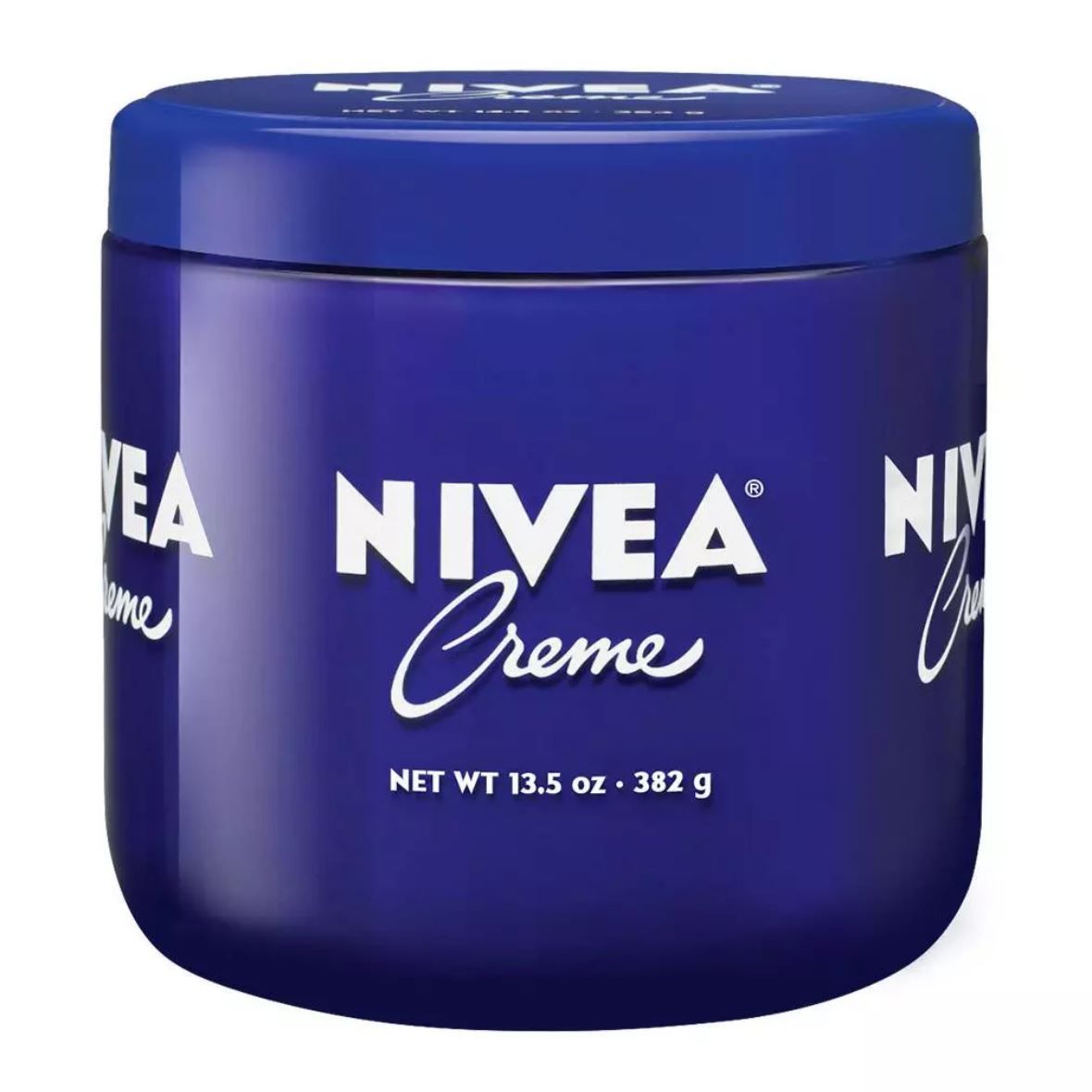 This is one of the loveliest products there is--a classic for a reason. I love the elegant yet cozy scent. I love the thick texture. I love the iconic blue jar packaging. And I love the low, low price. I have used up countless jars of this product, and I will doubtless use up countless more. I have used this on my face to no ill effect, but I generally try not to use fragranced products on my face these days. In any case, I prefer this as a targeted body cream. It's particularly wonderful on dry shins. FWIW, I have tried both the German- and Mexican-made versions, and both perform exactly the same for me.

Hands down, one of the BEST, thickest, substantial, richest face creams available. Not glamorous, too scented, yet works wonders. I use the German version, which I feel is superior to the Mexican made one. I order it from Smallflower. It comes in tins, jars, or tubes. Wish it were unscented, but it works wonders on mature skin. Will always use it.

I’ve gone too heavy too fast on retin a, even CeraVe (tub and ointment) was stinging me. I read about this on Reddit and thought due to its added fragrance, how could it work? Well it does for me! I use daily throughout the day under sunscreen and a big goopy layer at night. I love lanolin and it’s in there. It’s the heaviest cream that doesn’t sting and REALLY works on flakes!

I dislike the smell a lot although I am always keen to use this . I keep buying little tubs to try but the scent gets to me . Nivea makes good lotions in general .

I have been using this product ever since I was a child. My parents and grandparents used it before me. It is absolutely wonderful. I have not been able to find another cream to replace it. It works wonders on the face , especially in winter but I also use it to keep my hands soft throughout the year. I use it to smooth out cakey makeup patches also.

I first bought a huge jar of the American version Nivea Creme because my skin was extra starved for moisture and I decided to give it a try. I did later buy the most “highly coveted” Nivea Creme version sold which is the German version. There’s a lot of fake version of the German version being sold to people on the internet so please be aware of such I currently have 2 huge sized blue tins of the current German version of Nivea Creme that is currently being sold. I checked the ingredients personally through the Nivea German international site and the ingredients in the blue Nivea Creme tins that I bought from a reputable online dealer is the same exact match as what I found being sold for the German Nivea Cream made in and distributed by Germany. The American works pretty good, however the German version is much better overall that is the is the one that I plan to continue to buy in the future. The jumbo sizes last very long, and because this team is very concentrated, I only apply this product to my face and other parts of my body as needed in small amounts. In regards to my skin, I have very sensitive, dry-to-very dry, acne prone skin, plus I also suffer with bad eczema. I am prescribed topical meds which does include Retin A. If you do not have dry skin on your face, I do not recommend using this product on your face at all. Instead, it would be best to just use it wherever needed on your body. If you have dry or very dry skin, on your face and on your body, then this product is definitely worth trying on both your face and body. Please know that any product has the potential to break anyone’s skin out, so if you notice any acne breakouts appearing as a refill if introducing this product into your skincare regimen, definitely stop usage of such at once. I highly recommend getting the German version of the Nivea Creme if you can. However, if you don’t care to go that route, then if the local Nivea Creme version offered to you happens to work fine for you, then it’s perfectly okay if you stick with that. Oh, and my rating is for the German version, which I happen to love the best.

The original Nivea cream has been a staple in my skincare for 40+ years. It serves as an excellent hands and feet moisturizer, waterproof mascara remover, and it's the only thing that cures my sometimes very dry and chaffed lips. No lip balm ever came close for that. I usually buy this cream in a tube, and always have one on me. I also love the "light" version as a body moisturizer; it is non greasy, and smells lovely.

I love this cream,I use it as a night facial moisturizer&I use it on my hands &feet&then put a cozy socks on. &it can be used as a mini facial (leave on 5-7 mins&rinse with warm water!!And it's great as a eye & facial make up remover.Its just 1 great product that does A lot.Love it.

Very simple, but very effective cream! It has fragrance, so if you are sensitive to it do not buy it. Otherwise, go and get it, especially if your skin is dehydrated a must-have. Cheap as chips! https://youtu.be/D6X4JieToxQ

Wow wow wow! I have to admit that this creme is very thick but if you have dry skin it's the best that you can buy. If you don't like the texture (just in case it's too thick) i would recommend the soft moisturizing creme by Nivea. Just love it!!