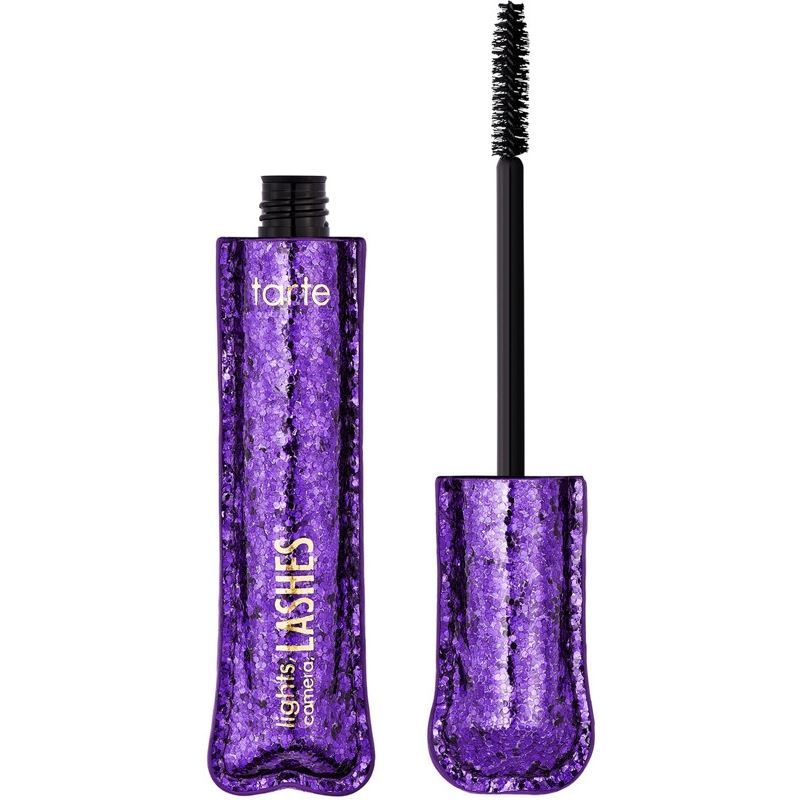 great mascara. I discovered it when i was in NY 2 years ago, friend of mine recommended it to me and since then i love it. One to remember and return to a lot. Good cover, nice lengthening effect and just a good wear.

I did a tour of drugstore mascaras just for the jollies of it and got tired of my lashes not looking as good as they could, and the first thing I did was to get another tube of this mascara. I try lots of mascaras, and there is no perfect mascara, but this one certainly ticks a lot of boxes — it’s non-irritating, makes my lashes look great in no time, stays on my lashes when I go to the gym and work out, yet isn’t impossible to remove.

I love this mascara! I used to use it only on my bottom lashes, while using another on my top lashes (dunno why I did that), and it never occurred to me that it can make my top eyelashes look this good! I dont see why this would get so many negative reviews, as there is nothing to fault about it (apart from the smudging it can cause underneath your eyes, but thats only if you have watery eyes like me and have been wearing it for long). It gives my eyelashes their full potential; it is black, volumising, lengthening , and makes me look like I have more lashes. It even beats my stila huge extreme lash mascara, which I thought was the most dramatic. The consistency gets better with more use, over time (but not after too long a likemaybe after first few uses). If the brush is too too wet, you can tap it on a clean tissue and this works. It also works nicely over falsies.

This Tarte Lights camera mascara is very similar in formula to the Tarte Maneater mascara. The formula gives me a hint of volume and no length. Does not irritate my eyes. Is long lasting, does not smudge or smear off on me and is easy to remove. What I don't like is the mascara wand could be designed a lot better. Also the mascara formula dries out and thickens up fairly quickly. I prefer Tarte the Tartiest mascara to this one.

I really loved it. It was brought to me as a gift from USA. It didn't smudge and managed to curl my lashes and they stayed like this for almost the whole day. Normally my lashes are long and straight. The most important thing was that at the end of the day my eyes didn't hurt as it happens sometimes with other mascaras. I also like the ingredients in the mascara: -Olive esters: conditions, treats and protects lashes - Rice bran wax: natural wax that helps lengthen the appearance of lashes - Carnauba wax: an emollient from the leaves of the carnauba palm to ensure a smooth application - Provitamin B5: helps hydrate & improve the appearance of lashes - mineral pigments: soothe & soften skin around the lashline - Vitamin C: antioxidant that helps fight free radicals The only thing that I didn't like was that once it starts to dries out, my lashes are no longer curled for more than 2-3 hours. Even though I would buy this mascara again.

I got one of these in deluxe size. The packaging is pretty but it is not as waterproof as it claims to be. My eyeliner stays longer that it. It smudges and after getting a bit sweaty (tropical country here),it transfers under my eyes.

I have a mini of this. I bought a set and this was in it. I found this mascara to be very nice. my lashes were dark and separated nicely. I didn't find it to clumpy, it was smooth and my lashes were long! it didn't irritate my eyes either. I used the regular one and it washed off easy.

Seems to stay wet on me, which kills my curl and makes my lashes clump together. I don't love the wand - I'm not sure if the bristles are too short or too sharp but they're just not optimal and don't apply it well or easily. Packaging is cute but a bit awkward. I threw out my tube before it was done, I disliked it that much. On the plus side, it doesn't irritate my eyes or flake, and it is cruelty free.

I liked this mascara. I wouldn't say it blew my mind but it's a solid product. I would say what pushes this to a repurchase is the packaging. Sometimes I have a hard time opening tubes of mascara if I've just used moisturizer (I can't be the only.one, right?!?). The texture on the outside makes opening much easier

Pros: -great lengthening -moderate volumizing -holding curl very well -great defining -no clumps -great wand -not irritating eyes -easy to remove -it's easy to use it on lower lashes too -doesn't make lashes too crunchy/dry Cons: -it's expensive(and not available in my country) -it smudges a bit when it's new -it dries faster than most mascaras -it becomes flakey when it dries I noticed it's among my top five favorite mascaras after I finished this one I bought a holiday set of tarte,it was a huge eye shadow palette with a highlighter,two bronzers,two blushes and it also had a tarte pencil eye liner,a liquid matte lipstick and this mascara in mini size as part of it It's brush isn't too big and isn't too thin either.it's not a plastic wand(fortunately),it's very easy to work with it's wand for both up and down lashes I had two highend(Lancome M.Big and the golden Estee Lauder,the extreme version) and two drug store mascaras(Bourjois Club and Rimmel,the silver one,superspeed ) when I recieved the Tarte holiday set as all my friends decided to gift me mascara at that period :) automatically I reached for this tarte mascara more than others so I guess I prefered it It's formula is something between wet and creamy.it didn't straighten my lashes and kept it's curl for long hours(I have straight lashes pointing down and I always curl them before putting on mascara),didn't clump at all,didn't irritate my eyes,not much smudge or flake either,and was pretty easy to remove.it seprated and defined lashes and created a natural look but not one of those so natural ones that it's as if I didn't put on any mascara.it slightly thickened,darkened and definedl lashes and gave amazing length and an effortlessly beautiful,fanned out look without putting too much product on them or sticking them together.it didn't thicken tips of lashes as some mascaras tend to do and didn't feel heavy on lashes.it didn't make globes of product sit on lashes like some voloumizing mascaras do,actually I believe it was the most ideal mascara for daily wear that I have ever tried but it was also able to use it for a night out makeup so one of the biggest PROs was that I could even achieve an almost dramatic look by building it up.but if one likes too thick,loaded by product,sider leg lashes this mascara would definitely disappoint her as there was no way to create that look even by dozens of coats I'm giving it 5 lippies but if I could,I'd gave it 4.5,because there are some cons Unfortunately it dried very fast.it may be because it was a mini size.I never had a mini mascara so I can't say how much they're supposed to live.I can't say how much it took for it to dry exactly as I can't remember when I opened it but I remember that I couldn't believe that it's gone for good.at last days of it's life it turned to a dry,flakey mascara that wasn't able to coat my lashes evenly due to it's dried,clumped product but it was near to perfect before drying,there was a bit of smudging specially when it was very new/too wet but other than that,it was one of the bests before drying I like mascaras that are able to provide dramatic length and volume and transform my medium lashes(I have medium length,medium thickness,black,straight lashes)to Kim Kardashian lashes and this one isn't like that.still I liked it so much that if it was available in my country and was a bit cheaper I'd definitely keep repurchasing it as my go to mascara while trying other new ones too.but knowing that I have to order it from foreign countries and wait for its at least one or two months shipping process is a deal breaker for me It can be a great choice if you can afford replacing it as soon as it dries,there are not many mascaras that can make lashes look so beautiful without looking unnatural