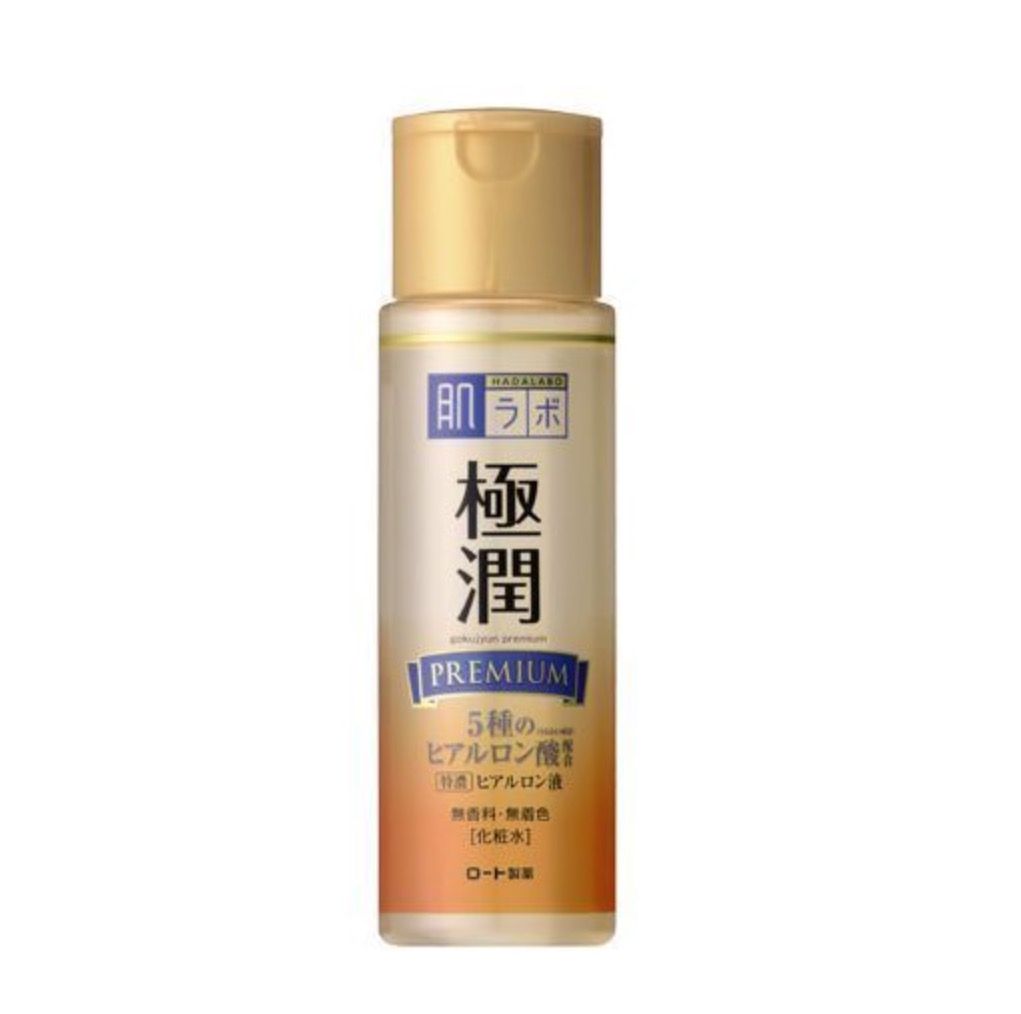 This hydrates my skin and looks great under makeup. My only small quibble is that it contains methyl paraben. Else a great product that achieves the dewy effect.

Another great product from hada labo! I love the fact it does not have added fragrance and the skin just feels so good after using the lotion!

If you have dry skin/ dry to normal skin, this would be your VERY VERY BESTFRIEND. So happy to have tried this. Now, I cant imagine how I lived without it :)

I have sensitive mature skin prone to dehydration and this whole premium line is a HG for me. I use this lotion then the milk and/or the cream depending on how my skin is feeling. It leaves my skin feeling fabulous and hydrated. This line has actually helped my skin recover when I’ve had bad reactions to other products. I live in Japan so I can find this almost everywhere and it’s extremely cheap. I’ve seen it sold for much more elsewhere, America for example. I feel it’s marked up way too much in some cases but it is great. I don't know if it’s been mentioned in a review already but “lotion” in Japan is more like what would be considered a first step or toner in America while what most people would call a “lotion” is called “milk” in Japan. So, because I need strong hydration, I really need to get the milk or cream to go with this lotion but people with less dry skin might just be happy with only the lotion

I rarely write reviews unless something is either very good or very bad, and this one is HG for me. I live in Asia and have had problems with acne for years, and more recently, seborrheic dermatitis and pityrosporum folliculitis exacerbated by the climate. Thanks to the website Simple Skincare Science, I realized that I'd been using products which made all of these worse since they either contained ingredients that feed the malassezia yeast or are too drying (I tended towards a &quot;take no prisoners&quot; approach, applying too many actives in an attempt to combat the oiliness and zits). I had NEVER used moisturizer on my oily and acneic chin, thinking it would be clogging and make things worse, but the SSS website explains in detail about dehydrated skin and breaks down why this lotion is great (all that HA and urea!). So even though I was worried about a major breakout, I tried this (along with benzoyl peroxide short contact therapy and azelaic acid) and within days the redness had subsided - both for zits and post-inflammatory erythema. I'm about 2 weeks in and still getting zits, but they go away quicker and the oilies are not as bad, so I'm very hopeful. It has also had a major benefit (along with Hada Labo Gokujyun Perfect Gel which has a slightly higher % of urea) on my seb derm and the associated redness and flakiness. I would bathe in this stuff if I could!!

I enjoy this because it doesn't irritate me and under moisturiser makes my skin glowy, almost tacky (it might be because I use 2-3 layers). It helps my foundation look more like skin (but sometimes too wet...?) on my dry Accutane skin. I would comment on the fact that it doesn't break me out but I can't definitively say since I only started using this when I started my course of Accutane. Giving it 4 lippies because I can't see any visible changes in my actual skin health/appearance when I don't use it (stopped for a month when I travelled), it's more of a luxurious hydrating bonus--can't complain though, especially not with that price point!

I am on my 3rd bottle of this I use it twice a day after my other treatment steps After my essence/toner .Pyungal yul or Secret Key rose edition After eitherThe Ordinary lactic acid or retinoid. Then my Hado labo then moisturizer. It had been about 1 1/2 years of this regimen and it is fabulous. I would give it 10 if I could

I have tried the premium version and Original Lotion Moist version too. The premium version is a gel which is a lot thicker in texture than the Original Lotion Moist. I use the Premium every day on damp skin to add hydration to my dehydrated skin - as it contains Hyaluonic Acid. I have over the past year delved deeper in Asian skincare including Japanese and Korean skincare and found that I have found a lot of products that really help my dehydrated skin.

I'm on my second bottle of this. I really like it. I have combo skin, oily tzone and a dry everywhere else. Moderately sensitive skin. This stuff it great. It's super hydrating. It helps my skin feel plumper and smooth. It doesn't break me out or clog my pores. Hyaluronic acid has really helped my skin out and uped my skin care game. This is the best one I've tried so far with the Ordinary's coming in second. Pros: Super hydrating. Plumps the skin. Smooths texture. Instant and long term results. Nice consistency. A little goes a long way. Gentle. Didn't break me out. Affordable for such a large amount. Cons: I've only found it online. You can buy it off of amazon or yestyle. I'm keeping this one in my routine. It really is awesome! I think all skin types would like this.

I love this product for its value and ingredients (5 types of hyaluronic acid; urea is great for skin). My first bottle lasted me 8 months of almost daily use. And I can get a refill for it! I love using it in the morning before sunscreen and makeup. It's easier just to use a moisturizer with hyaluronic acid but this one does seem worth it if you don't mind the extra step. For me, this is all I need for the morning in the warmer months.