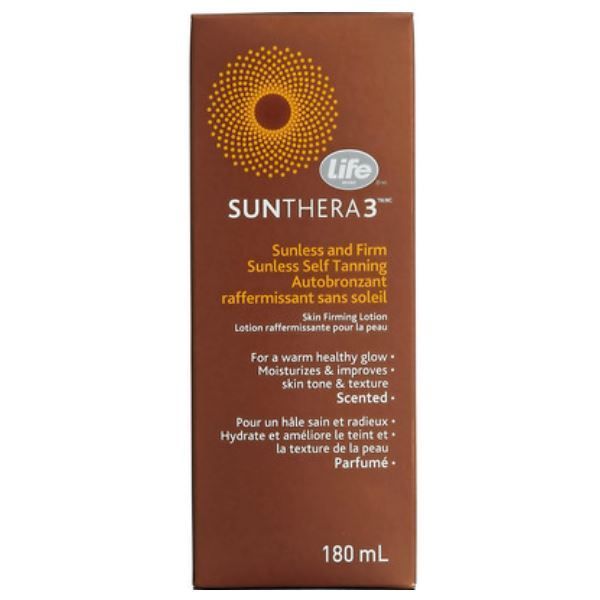 Would not recommend wasting your money on this. It did not seem to sink into my skin and remained sticky even hours later, and rubbed off on various things, including a white resuable shopping bag I accidentally leaned my leg against 2 hrs after application... so it did not really dry down at all. I applied with latex gloves and then buffed in with a soft brush to ensure no streakiness. I found this lotion had a tendency to go very patchy despite buffing it in. Did not streak but was patchy and obviously looked like a gross fake tan. Not really sure how you would casually apply this every day because it takes some serious effort to work into your skin. And it doesn't even look good after all that. If you're looking for a low effort gradual daily self tan lotion, go for Jergens. Even though the colour of that stuff kind of sucks it won't be nasty and patchy, plus it's easy to rub in and acts like a normal moisturizer. Honestly for this effort I should have gone to Sally's and got a bottle of Tanwise for an additional $12 CAD. Literally takes just as much work to apply this lotion but at least Tanwise actually dries down, applies completely evenly, and leaves a dark colour for a few days. Also this DOES have a self tanner smell. I was surprised when I was applying it because it didnt have any smell and so at first I was impressed. But then an hour later it does have that strong, noticeable self tan smell. So it doesn't even get a point for that. Gave it 2/5 because it's relatively inexpensive for a self tanner and the colour IS quite instant, it develops deeper after an hour. Plus, the colour is a nice, bronzey-brown, not orange at all. However it applies horribly horribly patchy, remains sticky, and doesn't dry down. Literally what is the point

This is the only self-tanning product I would ever recommend, and I have tried quite a few! A small amount goes a long way, and can even be mixed with another lotion to spread further and lighter. The outcome is far from orange which is always nice, it just slowly settles in as a very natural looking bronze tan.

I am very fair skinned. Pale with freckles and very few self tanners work for me that don’t make me look orange or streaky. This spray tan works AMAZING. I never have streaks. Even my husband complimented me. It doesn’t look fake or orange. And I’m sure you can layer for a darker look. I shave my legs and scrub them dry (to exfoliate) with a towel then apply a water based lotion (any lotion with aqua listed as the first ingredient) wait for the lotion to soak in then stand in the tub and spray. Let it dry (don’t touch!) takes about 5 mins to dry.

I haven't tried many self-tanners since I was a teenager (and the formulas were god-awful back then) but I purchased this to use on my stomach since it's always way paler than the rest of me in the summer. I was actually very impressed. I can use it daily for 3 days or so leading up to the day I want the tan (e.g. a bikini day) and my stomach is pretty darn close to matching my arms and legs. Not orange or streaky at all and I honestly don't go crazy for the &quot;rules&quot;. I just put it on like normal moisturizer after I showered (but with gloves on) and made sure there were no obvious smears. As far as firming, I have no idea. I would say that no it won't do much considering you're not going to be using this every day for a prolonged period.

Best product of this kind I've found. Firming part works, skin is soft, overall colour is great and makes me look &quot;tanned&quot; and never yellow or orange, no streaks either. Only flaw is that it is slightly dry or sticky and takes a bit of time to dry but I have gotten used to it and applying it quickly does help. Also one of the few products of it's type out there where the scent doesn't linger too long on my skin! All that for a reasonable price. Two huge thumbs up!

This is one of the worst products I have ever purchased. I have never written a review before but I needed other consumers to be warned. I threw out the half-finished bottle because it doesn't work. It's so bad.

Like many, tried dozens of self tanners, this is probably 1st best after La Rochay Possay one because its cheaper as well as tinted it shows you where it goes, its a tiny bit sticky but thats a price to pay with most self tanners, smells rather pleasant not burnt or chemical, colour is great and natural, no orange oompa loompa undertone. This is my go to now.

I've been using this for a couple months, starting back in the early days of December, Now almost the middle of March,(there was a point in time where i lost it but it resurfaced just the other day after about 2 weeks) and I must say I absolutely love it! It's a natural looking tan, when I first used it everyone asked me where I had gone (vacation wise) and I just said it was a makeup thing I'd been using and everyone believed me haha. Anyways, it's a natural looking olive coloured tone, and I have acne prone skin but this product doesn't make me breakout, in fact it makes it easier to conceal acne which I was very surprised but happy by. It's not streaky but I must say that if you start to stop using it when it fades away it looks patchy, especially on your neck. But 9/10 definitely would buy again!

This was the first self-tanner I tried and I absolutely love it. Streak free, natural colour, works quickly, smells good, affordable; just an awesome product. I would definitely recommend this for first time users. I am so so so happy with the result!

I absolutely love this product! I have had very little luck with tanning products in the past, even with expensive spray tans, no matter what I did it would start to wear off in select areas on my body and I would look like I had a some sort of skin condition. This product only slightly started to wear off in areas that sustained a lot of friction (between my breasts and under the band of my bra), but it was very slight and with one application my skin tone would even out again. I also loved the fact that it is tinted, it's very helpful to make sure you achieve full coverage when applying and to avoid streaking! Finally, the colour is so natural, not at all orange, it gives a me beautiful bronze glow that I could never achieve with suntanning!

Most Viewed Self Tanners Products