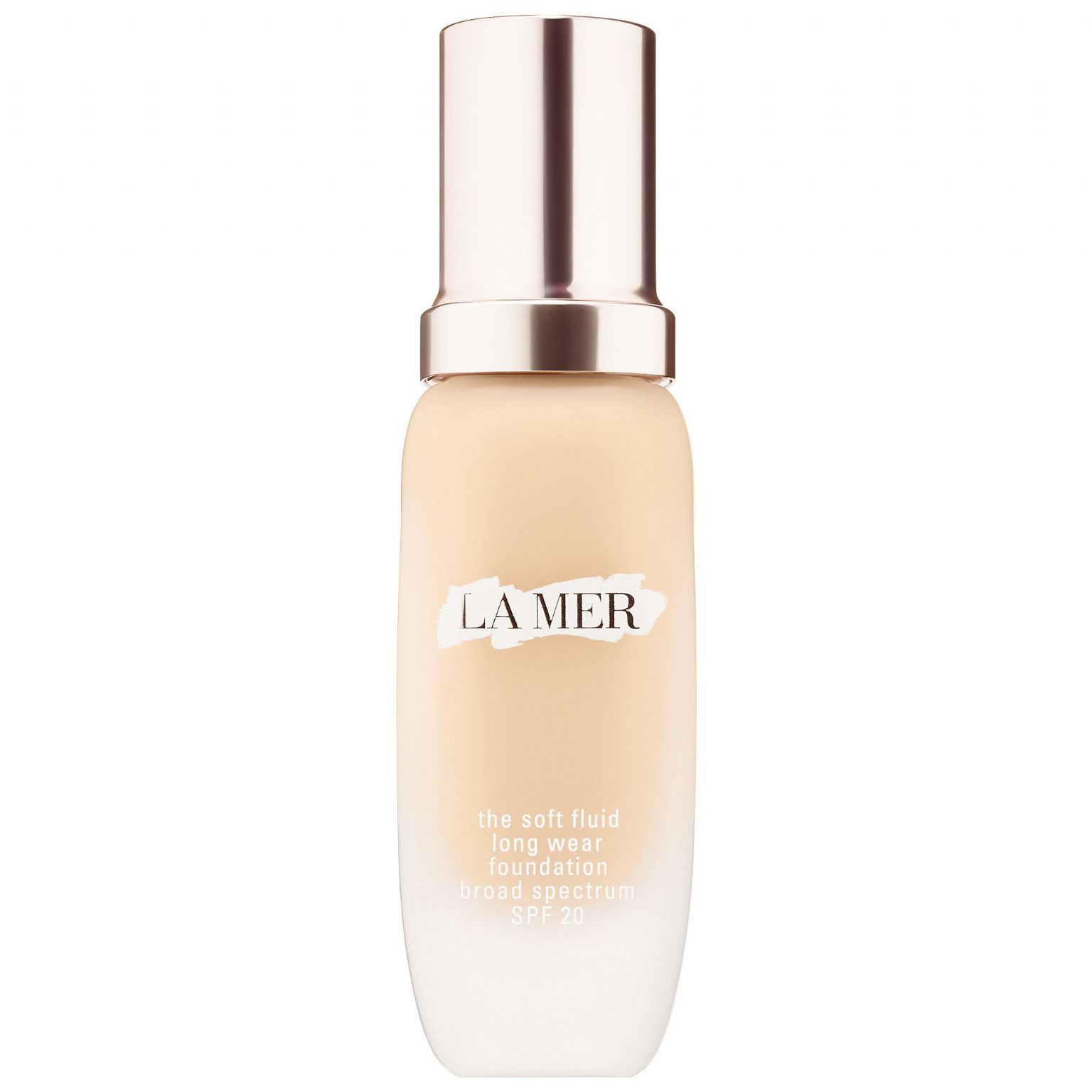 It's been a long time since I have been this impressed with a foundation. I have normal to dry skin and I like foundation to look like skin. I don't want anyone asking me what kind of foundation I use. This is the ticket. It melds like a second skin and wears all day with no issues. It does not suck moisture from my face and it never causes my skin to feel uncomfortable or tight. I don't like full coverages from the start and prefer to build as needed. This is perfect and builds beautifully over a blemish. I especially like the way it looks on my open pores. I hate them but I'm stuck with them. This foundation smooths the look of them even more than my skincare routine. I will be buying this again. It is crazy expensive, but worth it. I left off one lipstick on the rating solely because of the price point.

I already repurchased this in a different color. This is my go to foundation. Perfect finish. Erases my pores and lasts all day. This is one i could wear whole year round and will always have a back up of this in my stash. Theres nothing else to say because this is just REALLY REALLY GOOD. I HIGHLY RECOMMEND THIS.

First of all- this smells like medicine....it goes on silky and smooth but it looks very dry around my mouth area. It is not as natural or nice as Chanel Vitalumiere Aqua or Armani Luminous Silk, both are cheaper. I returned this.

I did not buy this product - my review is based on a sample I selected when I ordered my MAC foundation from nordstromrack.com. I only used it once, but that was enough for me to decide I did not want to purchase a full size. (I wouldn't anyway because I can't spent $120 on foundation.) That being said - it went on beautifully and did a decent job of evening out my skin tone. (I have lots of redness, scars, and brown spots.) The consistency is fairly thin and silicone-ish. It took very little work and I was pleased but not blown away by the end results. What turned me off is that I had a huge sweaty hot flash that lasted for about 20 minutes. I had sweat running down my face (running, not dripping). I didn't think about the foundation until I went into the bathroom and saw blotches on my face. I rubbed one of the blotches and it was foundation that had "pooled." I've had these flashes for about 25 years and my doc says there's little chance they'll stop, and I have to know my foundation won't let me down. I normally wear ELDW topped with MAC Studio Fix Powder Plus Foundation, and the combo holds up well to my worst hot flashes. If you don't need a ton of coverage, this would be a beautiful option. But is it worth $120? Not for me, but beauty is in the eye of the beholder!

I have had acne prone skin for most of my teenage life and got rid of it with acutaine shortly after highschool, soon after i started a hair removal laser treatment on my face which aggravated my skin and all the acne came back. Makeup looked bad and made it worse. Este lauder's double wear foundation was full coverage and felt okay but did not help conceal the texture on my skin. this foundation on the other hand made my skin even better after removing it! La mer products were always something I wanted to try but never had the budget for as a student, I set aside some money just to try this out and I don't regret it! I have never felt better about my skin. I don'y use an primers with it but I hydrate my skin using the Bioderma Hydrabio Serum concentrate and a bioderma acne high protection mat SPF 30. This combination has been my favourite!

I bought this foundation because the shade was the best I ever had in any foundation I've tried yet. And I've tried tons. I'm 57 and I have the usual wrinkles, but I also have redness on my cheeks and around my nose. This foundation does pretty well in covering most of the redness, although not 100%. I don't mind though, as I don't really like full coverage foundation where my skin looks fake and 'flat'. I use a brush to put this on and I only use a little bit, as oddly you just don't need a lot. I guess that's a good thing given how ridiculously expensive this is. I have to use this foundation with a primer, otherwise it goes into my pores. I don't have big pores but I get weird about that stuff and usually check it in a magnified mirror. And I have to say, with primer, you can barely tell I have anything on. The finish isn't matt, but it isn't dewy either. Satin maybe? Anyway, it took me 1 year before I bought this. I kept getting samples of everything else, but they just didn't match my skin like this did. Closest was By Terry.

It's been awhile since I reviewed anything so I thought I would start with this. This is a VERY EXPENSIVE FOUNDATION. I had a coupon for Dillard's for 25$ off a beauty product, so I thought I would try this. Let me first say, this is not kind to aging skin. It is heavy to me, and the counter person used a brush, so it was worse. I bought it anyway, because I am no longer afraid to return things. I have worn this for a week. It spreads better for me with a Beauty Blender. I do not like heavy foundation, and this is no exception. It tends to settle in lines and dry patches, and does not give me a soft finish. In the hour that it took me to get home, it had moved around some, and was gathering at the corners of my mouth. When I used a beauty blender, it was better, did not move, but still settled in my pores on my chin, and my lip creases. It does not look smooth, and does not make my face flawless. I do not have alot of things to cover either. I am going to return it most likely, because it will not be in the rotation I reach for everyday.

I wish I could say it isn't what everyone says it is, but it is what everyone says it is. I have very difficult, dry, sensitive, rosacea-prone skin, and I am also very demanding when it comes to the longevity of a foundation. My longtime HGs have been Makeup4Ever Water Blend (Face & Body before Water Blend came out) and IT cosmetics, first the CC cream and now the Bye Bye Foundation. And before buying the Le Mer I did make the effort to try the so-called "dupes," including both Neutrogena and Physicians Formula. Neither came close to the real thing, which for me, anyway, is amazing: long-lasting, a prefect color-match, hydrating, medium-coverage without even looking like I'm wearing anything at all. So while it's stupid-expensive, in the end, it's worth it. And as the ad says, so am I UPDATE: Because of the reviews others have posted and that I've seen online elsewhere, I thought I'd add that there is an art to using this foundation. It is not like others. You need V-E-R-Y little, and it should be applied with a buffing or flat-top brush. In fact, you need so little that this is actually probably less expensive than most foundations; less than a pump is more than enough for your whole face. If you use more than that, it is likely to look caked and old-lady-ish. Use a light hand, and be sure to use a primer that adds a bit of glow, or a subtle highlight where you need it if you have dry skin, because this is a bit too matte, at least for me. But I still think it's phenomenal stuff.

I do like this foundation...at least how it looks on my skin after first applied. Smooth, blurring, looks very natural. If the effect lasted I'd give it five stars. But sadly it began to break down and, to use the words of a reviewer below, "murky." Not quite oily but just sort of cloudy and messy. No longer effortless and natural. I set it with various setting powders to see if that would help, but it really didn't. My skin is oily so maybe those with different skin types wouldn't experience this effect. I also will note the scent. I don't mind scent in products (though they can be irritating to skin), but it's a bit overwhelming, at least at first. The scent itself is lovely but I don't want to be smelling my face for hours. Better if it was in a hand cream or something like that.

I bought this foundation last week, after a lot of thinking because of the price. Finally, I can see -after wearing it 3 times- that it is very impresive the skincare it offers. Beside the fact that it blends beautifully and the finish is sooooo natural, after taking out all my make up, my skin looks fresh and renewed! Maybe the "Shell" colour I chose is a liitle dark for me, but I would deffinetly replace it with another bottle as soon as it runs out with a shade lighter. I don't mind the smell, and soon it disappears or I don't smell it anymore. The coverage is light to medium and if build it can become full .coverege. I would reccomend it but I am not so sure for the oily skin....I don't know if it helps...