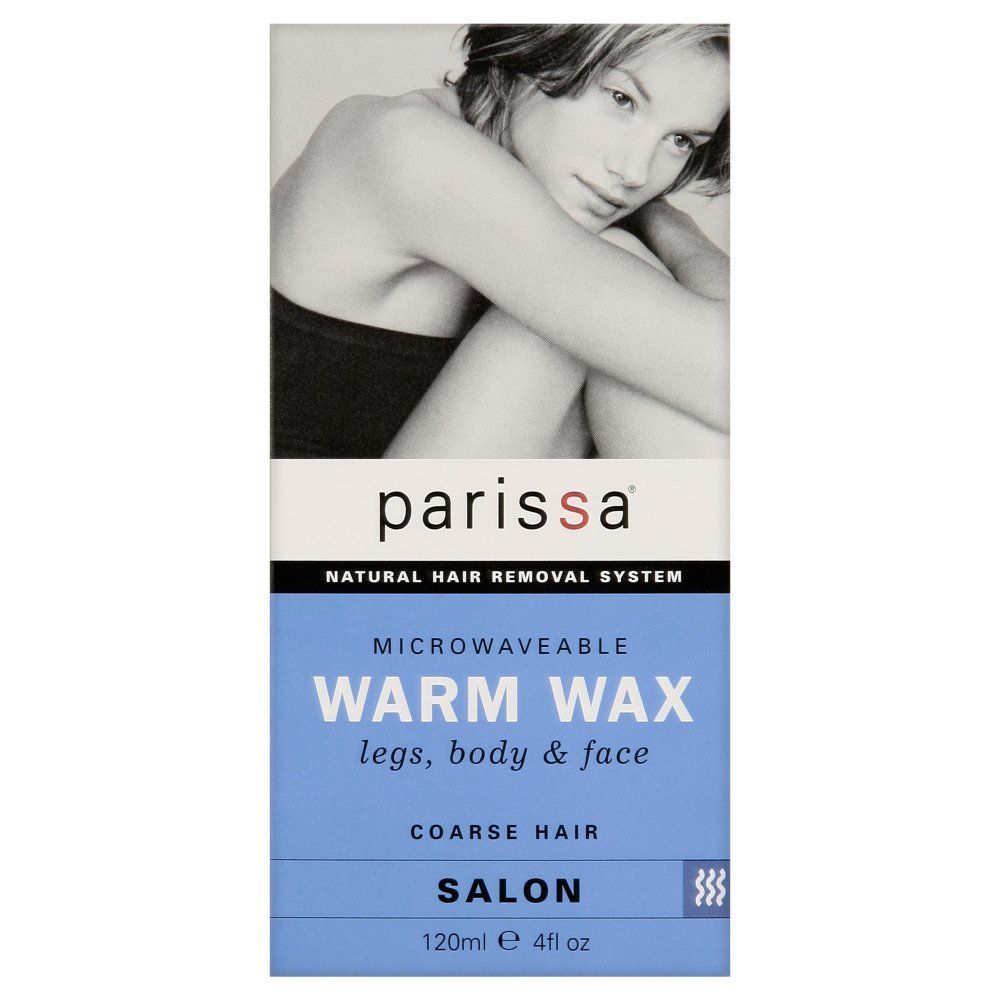 The format is cute, you even have a bottle of azulene oil inside; however, I had not the results I was waiting for at all. I applied a thin layer and then it just didn't work, I felt pain with my hairs sticked to the strips and finally I ended up giving up, I went to the shower, I put the azulene oil which is the only way of removing the mass, but it didn't work either, and so I had that mass sticked to me for 3 days until it went away. I would never buy this product again. Ever.

Hands down this is one of the easiest at home waxing kits. Kit comes with strips, spatula, azulene oil and the wax. I like to heat the wax in my microwave initially, then place it on the parissa warmer to keep it the right consistency. 1 kit has enough wax to do my legs, and bikini area. Works very well on both fine and course hair. The enclosed azulene oil is perfect to remove any residual residue from the wax. For a newbie recommend to cut the strip in 1/2 and work in smaller sections. Once you get a hang of it, then attempt to wax an entire strip.

I've used this warm wax a few times and I really, really like it. It comes in a 4oz container (I wish it came with more!), some wax strips, 2 spatulas to apply the wax and a vial of oil to remove any wax from your skin. The wax is very gentle on my sensitive skin and removes my very coarse, dark hair on the attempt. I don't like how when I get to the bottom of the jar, I need to reheat it every few seconds though I suppose that is too be expected when you don't have a wax warmer. I can usually get one waxing (armpits, bikini line, legs) out of one jar which is $12.99-a bargain when compared to the pre-prepared wax strips at $20.99! I have used the Parissa Ready wax strips and don't like them at all but this wax is perfect and I will continue to use it even if it is a bit messy.

Messy! Gets the job done but messy. Sometime u need more then one application to the same spot. They don't give u enough strips or applicators. the lid doesn't close up well after use because of the wax. The wax can easily get evweywhwre and hard to come off. at 13.99 but then u need more applicators and strips. I now use parissa strip free wax. Really liked that a lot!!!. See my review.

This crap angered me to tears. DO NOT BUY IT! It's a sticky mess (on me, and on the container so you can't put the top back on) and isn't worth the time to rip off half the hairs. It irritates the skin so you can't try to get the hairs it leaves behind, and the tiny bottle of oil doesn't help much, to soothe the skin or remove wax that's left behind (or that drips on your feet, which is awesome to walk around with). Worst $13 I've spent for the messiest and most inefficient product. Guess I'm going back to fuss-free, time-saving SHAVING!

Ah this wax. Worked great, way better than the Veet strips that I was using before, was able to pretty much get my legs completely smooth. Only problem was.... about two days afterwards, I broke out in one massive allerigc reaction. Of course, it's all individual, thats why I still gave it a good rating, since it did do what it was supposed to be. I guess I was just too senstive to it. Either way, if you're going to use it, I'd recommend testing and then waiting at LEAST two days or so, the reaction was not fun, I still have some of it.

This waxing kit is awesome, having no self waxing experience. I used to get sugared, but after a couple $20s I figured I should try it out myself. It's easy to use, the container needs a different way to wipe off the extra wax. Less is more in this case, and I use the DHC cleanse off oil to get rid of the extra wax. I assume all oil based cleansers would work. The neutrogena body oil worked too.

I bought this product after trying a different Parissa wax (i forget the name, it's the one where you basically rub the wax between your hands to make it hot) and since this one got great reviews, I figured I would try it. Big mistake!!! I had problems from the moment I opened this. I took the lid off and there was a tab you had to pull up the take the film cover off and once I did that, it immediately got stuck to my fingers and just made a huge mess. Not only was it messy opening, but it was over the top messy during the actually process. I got some on my tile and my tub and it literally took me almost an hour to clean because the only way to get it off was to scrape it off everything. Now, this may have been worth it if the product actually worked, which it didn't. While I was waxing, I looked at the strips afterwards and it appeared to take a ton of hair off, so I was pretty happy. However, after another half hour of getting the remaining wax off my legs, I looked and there was pretty much just as much hair as there was to begin with. There are some spots which came out okay, but what is the point in spending over $10 so I can get blotchy results? The only reason this is getting a 2 is because it wasn't too painful and the red bumps left behind did fade away, as it promised they would. &amp; For those of you who think this may be due to my inexperience waxing, you are wrong. This isn't my first time waxing, I just thought I would try a new product since my usual wasn't in stock at the time. If you're looking up reviews of this, you are probably looking for some advice, and my advice is, DO NOT BUY. I even went ahead and made an account on this website just so I could write this review. Absolutely the worst wax job, ever.

Best wax for bikini waxing EVER! I wanted to save money and do bikini waxes at home rather than a salon. I've used Sally Hansen and Nair and Parissa is the only one that doesn't give me red bumps, irritation and the results last twice as long. I trained my hubby how to do it and if he can do it, anyone can ;). Tips: heat the wax as directed and it'll distribute like butter! It glides on and the strips are amazing! They give you so many and they're big but you can cut them to your preference. They also give you a tiny spatula to stir the wax and two wood sticks. But the best thing that comes in this is the wax removing oil. It's amazing! I'm sensitive to oils but this one actually soothes the skin and IMO keeps the bumps away. I can recommend this wax above salon waxes or any drugstore brands. Once you use it, you'll be hooked.

Overall, this wax is very messy and not that effective and i followed the instructions. If you get it on carpet or clothing, i have no clue how you would get it off. It does not seem to remove hairs from the root either..which can cause ingrown hairs. Maybe this only works for VERY course hair because it barely works for me. I waxed by underarm and i had hair growth just one week later and a lot of ingrown hairs.. I don't recommend this for people with sensitive skin or thinner hair because it just wont work even on thicker hairs it does not really work. It left my skin red for days. Also, if not careful, you can rip skin off. This wax is too harsh IMO !