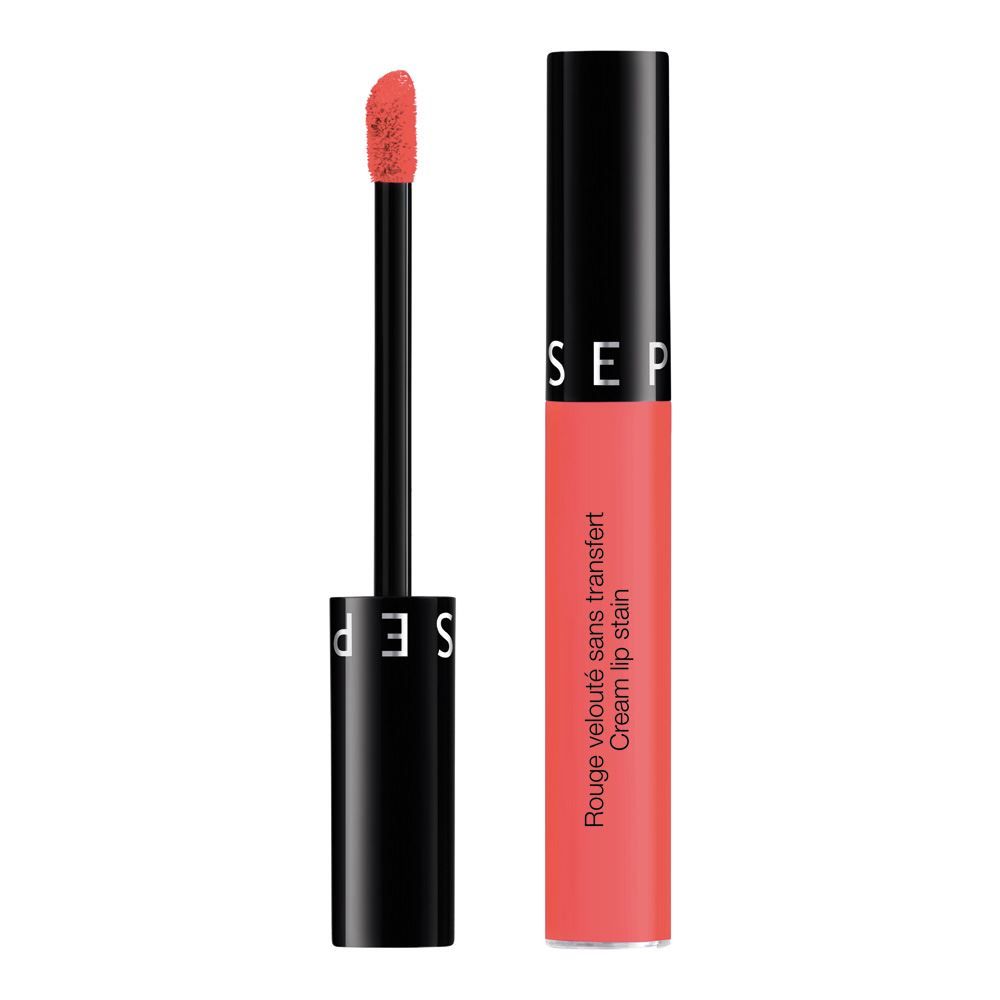 Beautiful colors, very ​vibrant pigmentation, super long-lasting. But it dries down like a super glue shrinking my already not that full lips in size and volume. A very beautiful product that I can't wear at all.

Horribly dry and it peeled from the inner lip towards the outer lip within 2 hours. My friend was using the same type in a different shade and the same thing happened to her. Probably the worst lipstick I ever used.

I must start by saying that I'm not a *huge* fan of liquid lipsticks, even though I own MANY. As a teen I grew up on gloss or chapstick, so I'm used to my lips constantly feeling hydrated. As I matured I ventured into other types of lip products, and now I pretty much stick to lipliners on my full lip (MUFE lipliners or Nars Velvet Mattes to be exact) or some sort of lipstick. However, I really like Sephora's Cream Lip Stains, especially for a night out when you don't want to reapply makeup. These liquid lipsticks usually take some sort of oily substance to remove and really won't fail you. They're not too drying. I still think Nars has the best liquid lipstick formula, but the Sephora ones are much more affordable and the formula is better than most. The REAL reason I'm writing this review is to sing praises for the shade &quot;Metallic Cherry&quot;! I recently purchased this shade and FELL IN LOVE! It reminds me of Dorothy's ruby red slippers from Wizard of Oz. This shade would look good on and compliment any skintone. It shimmers under lights and is boldly sexy. It's just perfect! I also have the Sephora lip stain in about 9 other shades (Always Red, Strawberry Kissed, Copper Blush, Rock and Purple, Infinite Rose, Pink Souffle, Marvelous Mauve, Coral Sunset, and Vintage Rosewood), and I also recommend the shades &quot;Always Red&quot; and &quot;Strawberry Kissed&quot; to any and all skintones. &quot;Always Red&quot; is that universally flattering Ruby Woo, classic red. &quot;Strawberry Kissed&quot; is a beautiful, vibrant reddish pink that is perfect for spring and summer, and will brighten your whole face. I have plans for buying Dark Forest and Pink Tea.

I brought Sunshine Pink 06, a very bright coral almost orange pink which I love for fair skin. Formula goes on streaky and lets my lip color show through patches so I have to layer and keep re-applying. Applies like a thick whipped cream on lips, then partially dries down to a tacky texture with a soft shine. Transfers and smears a bit especially if you eat or drink but at least it stays inside the lipline and doesn't bleed. Leaves a nice stain on lips. Very light vanilla bakery scent. I like it but I have thinner, less thick formulas that apply easier and wear better.

Pros: pigmentation, texture Cons: lasting(If I smoke or drink something, they start to dissappear)

Rather disappointed. It stays on everyone else, so why not me. MAs applied it in the store, and it was breaking up before I got home. No food, no drink and a 15 minute drive. Maybe it was due to being applied after using makeup remover to (try to) take off the 16 shades I’d sampled. But, despite their having a huge range of shades, I couldn’t find my color and had to buy two to mix, and it just didn’t seem worth messing with.

Stopped in at Sephora a couple nights ago to get a makeup brush and decided I needed a new lipstick to cheer myself up. I didn't want to spend too much money (which is a challenge at Sephora) so I looked at their in-house brand, which seems to have a new display and packaging. Anyway, I'm a sucker for a red lipstick so when I spied their new lip stains, I picked out a nice matte red one and bought it. I love it! It covers well, it dries relatively quickly, you get very little transfer, the applicator is pointy and applies stain precisely so you don't need a brush, and it's comfortable to wear. It's not tacky; it doesn't feel sticky or drying. It's quite weightless. As for wear time, it's certainly good enough for me. I haven't really used a timer to see how long it stays on, but I'm satisfied. I would definitely call it long-lasting. At $14, it's not dirt cheap, but that's Sephora for you. It doesn't feel overpriced to me. I may get another one in a nude color.

Best matte lip product I've used, I love it - colour 98. HOWEVER, there's only 5ml which is not enough, especially for the price. AND Sephora isnt available in the UK which is ridiculous.

SkinVery Dry, Dark, Not Sure

First of all I am talking about the metallic shades.I purchased vibrant rosewood through internet, which wasn't the colour I wanted.That is my mistake.But I saw that it says 5ml while I have one of nyx professional that is bigger and says it is 4ml.Clearly is not 5ml.Maybe 2-3 ml.So I spent 12 euros for 2-3 ml.My other issue is it doesn't stay.After I ate something not oily,it started to chip off.So I won't buy it again.I am not stupid.I want 5 ml ...It didn't matter that is so dry, but dry and not staying?nope.

SkinVery Oily, Fair-Medium, Not Sure

This is one of those &quot;Youtube made me buy it&quot; sort of situations. My search was borne out of necessity, as one of my more expensive liquid lipsticks dried out rather quickly after a couple of months after use - it ended up being twenty-five dollars worth of disappointment. So after many hours of watching youtube videos - and rave reviews from several influencers - I decided to head to my local Sephora to pick up a tube for myself. Granted, this isn't really all that cheap at fourteen dollars, but it is a bit cheaper than the other alternatives out there. Usually, the in-store brands aren't as impressive (I'm looking at you, Ulta), but sometimes you find gems among garbage - this just happens to be one of them. As others have mentioned in videos - and perhaps below me in previous reviews - this does have a rather interesting scent. I wouldn't necessarily say chemical, but I would compare it to a fizzy vanilla soda - which is tolerable. It's rather light, so you don't have to worry about your nostrils being inundated with some sort of crazy smell. As far as the applicator goes, it's a typical doe-foot which I personally feel to be a bit of a hassle as it makes application a little bit more difficult, but it was a test run so precision wasn't at the top of the list. What really caught my attention was how the formula itself felt on my lips. &quot;Light&quot; is the only apropos descriptor that I could think of, as it felt as if I was applying almost nothing to my lips. The formula didn't feel heavy, goopy, or any texture whatsoever. What was amazing is that when it dried, again, it felt like there was NOTHING on my lips at all. After a couple of kiss tests, I did find out this does transfer, but it takes A LOT smearing - and added pressure - to get it to budge. So I'm sure it'll last through light makeout sessions, and maybe a couple of bites of super-greasy nachos. I have 01-Always Red, as I'm a red-lip junkie, and let me say that it easily ranks with Ruby Woo as universally flattering blue-red. It's certainly just a bright, so I'm sure this will turn heads when wearing it. If I didn't have so many reds already, I think I would repurchase this.