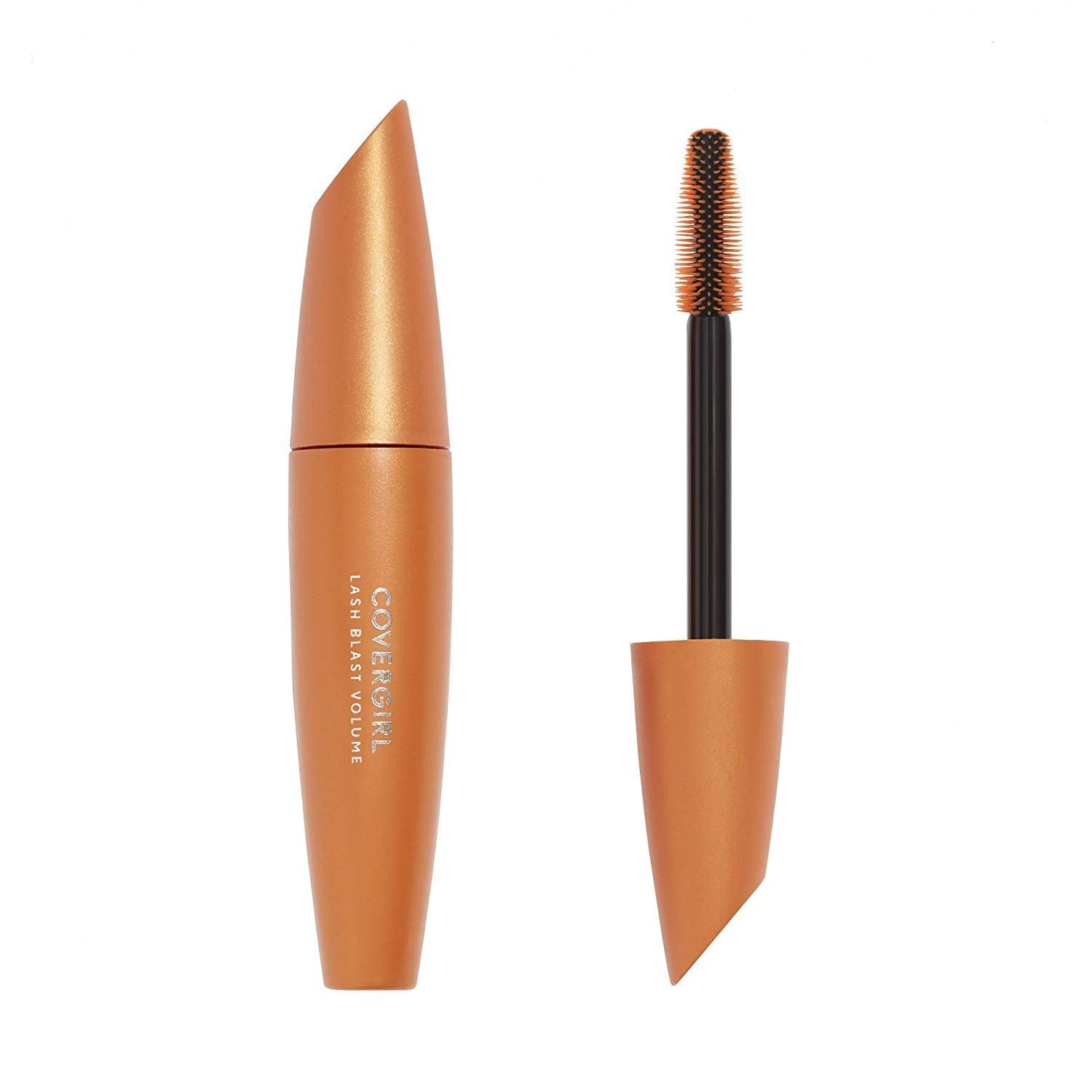 This works well at adding volume and some length. However, it smudges horribly and even the NON waterproof is a pain to remove, in my opinion. That's why I gave it three lippies and I'm not repurchasing it.

This is actually my favorite mascara. Gives big lashes, no flaking, nice black color, washes off easily. However, the brush is horrible!! Way to big and hard. I always stick myself in the eye. I can't find a mascara I like better so I keep re-buying.

In my top three mascaras I have ever used. Length, volume, durability all day. Too bad it's very hard to get it in my country.

This is the best mascara I have ever bought. It’s better than the expensive ones at Sephora and Ulta. I always get asked “are those fake eyelashes?” And “I love your lashes, which mascara do you use?” Every time I wear this mascara. I highly recommend.

This has been my favorite mascara since Junior high. I have used other mascaras but I just keep coming back. It doesn’t clump super horribly, it elongates my lashes (they are microscopic), and they make them look thicker. It can’t be beat and then for it to be only $8 😍

I have a love hate relationship with this mascara. I’ve purchased it maybe 3-4 times because I can’t seem to find anything else with consistent results. This mascara will give your lashes volume and the brush is excellent at applying the product evenly. I don’t have a problem with how it makes my lashes look which is why I keep going back to it. What I really dislike is the gummy, rubbery coated feel of it on my lashes. It makes it so difficult to remove and I often have to rub my eyes with a lot of makeup remover. And this is with the regular non-waterproof formal. As a result, I lose 1-3 lashes PER EYE, PER DAY. To the point where I have a little bald patch on my lash line. For this reason, I will no longer return to this mascara despite how pretty it makes my lashes look.

i don't have terribly strong feelings about this mascara. the formula isn't spectacular, but it is somewhat buildable and doesn't smear on me. in fact, i think this mascara's only real problem is its wand - i absolutely hate the shape of it, and these siliconey-plasticky type brushes are always so stabby to me (seriously, who invented these wands?? and why do brands keep using them???). i think the formula would benefit from being applied from a wand more similar in shape to the one BTS uses, or at least it would for my particular eye shape. i really love how easy the product is to wash off at the end of the day - i feel like this isn't something mentioned in a lot of reviews, but i've tried several formulas at this point that despite not being advertised as waterproof, were, in fact, waterproof, and took two days to finally wash off completely. i hate waterproof formulas as all the tugging and rubbing they require to remove causes a lot of eyelash loss for me. but honestly i threw this out after two months. partly because of the color - i do like brown, but only for my bottom lashes, and this wand is far too big to be a lower-lash-exclusive mascara - but mainly because the brush drives me crazy. it's SO stabby and the bristles are so short you don't really get a lot of product off onto your lashes during application. if it made my lashes look exceptional i'd deal with the wand, but the way the wand is now, i wouldn't repurchase.

I used this exclusively for 4 years when I first started wearing makeup a decade ago... why did I waste my time? This mascara's just okay, doesn't add much length or volume so it would be great for someone who doesn't like a lot of makeup and just wants an extra eyelash boost. Even then, just go for Great Lash or something else similar that is cheaper and more easily buildable (mascara should NOT take 5+ minutes to put on... which is what Lash Blast requires to get any kind of noticeable length).

Fullness + Length All in One I was never much of a mascara person. I'm the type to just grab whatever is at the drugstore and hope it coats my pathetic eyelashes. However, it wasn't until I tried Lashblast that I became loyal to this. I love that there's so much product -over .40 ounces which is alot more than other brands. This tube lasts me forever so I can really build this up without worrying about using up the tube. I was so happy to see that this mascara gives me tons of fullness and even better length. My eyelashes are quite short (sadly) so I am very impressed with the length I get. Even better this lasts all day even during crazy humid hot summers. I come home from work and it's all on me still. It never flakes or transfers. I will repurchase because it's so cheap online and gives amazing results at a drugstore price. No need to break the bank on mascara knowing that this gets the job done.

After a not-so-great experience with a Maybelline mascara, I decided (based upon numerous MUA reviews) that l'd give this a shot. Definitely a vast improvement on Maybelline! No clumping, adds length and volume whilst still looking natural. I don't use this as much as I used to, but on those days - or rather nights out when I want lots of definition, this is my go-to mascara. Almost every other mascara I've used has left smudges/black marks on my eyelids from the mascara transferring off my eyelashes, when rubbing against them, but not this one! It isn't the easiest of mascaras to remove but then maybe that's a good thing considering it doesn't transfer onto my immediate eye area. Would rather have a harder time removing at the end of the night than having to repeatedly wipe it off my eyelids during the day. Love the compact applicator brush and how Lash Blast is so easily available and super affordable too! Selena x ~ My HG list ~ (As I've sampled 100s of skin, hair and m/u products over the last decade and a half, I thought it might be useful to share my top 10 must-have products, subject to change if and when I come across something more effective. I love constantly trying out new stuff - usually sample sizes via e-bay, also plenty courtesy of a friend who works at Sephora) 1. Hair Loss Treatment: ‘Divine Herbal’ - Hair Oil 2. Lip Balm: 'Nuxe' - Reve De Miel Lip Balm 3. Pigmentation + Anti-Ageing Treatment: ‘Divine Herbal’ - Facial Treatment Serum 4. Cleanser: 'Paula's Choice' - Skin Balancing Cleanser 5. Concealer: ‘Mac’ - Studio Finish Concealer 6. Lash Growth Serum: ‘Divine Herbal’ - Divinelash 7. Foundation/SPF: ‘Juice Beauty’ - Stem Cellular Repair (warm glow) 8. Face Scrub: ‘Sisley' - Botanical Gentle Buffing Cream 9. Moisturizer: ‘Lush' - Enzymion 10. Hand Cream: 'Origins' - Make A Difference Rejuvenating Hand Treatment