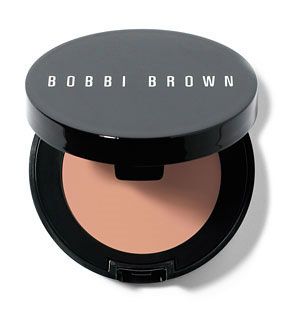 It does the job. I always buy it on sale. 20 euros for a perfect product is not that much. It is a staple for my makeup routine. A game changer!

I´m a NC25 / Dark Blonde / Green Eyes / Normal Skin with somewhat dark areas under her ideas. I´ve tried many many different concealers, but always found them to be either too light or too dark. A few months ago I was matched with Bobbi Brown Warm Beige Concealer + Bisque corrector, and it´s been the closest match I´ve ever found. I find that either colour separately wouldn´t be enough, but jointly they really cover up my dark areas nicely, plus.. they feel lovely and creamy and stay on all day. UPDATE: I recently purchased the recommended Bobby Brown Concealer Brush and find that the concealer looks much nicer &amp; stays on better when applied with this brush versus using my fingers. Highly recommend the brush!

It does the job

I use this as an under eye concealer primer and it's perfect for an extra layer of coverage. My secret tool for my under eye concealer routine! My dark circles are really severe, so I doubt I'd ever rely on this as a concealer alone, but it makes a great, long-lasting base. If I'm just hanging out at home I'll wear it with some powder on its own, and it really tones down my dark circles (I'd say to the point where I look more like someone with light dark circles wearing no makeup). Overall, the coverage on its own is pretty impressive, so if you just want a good under eye concealer for medium dark circles, this would probably do the job on its own! If you have heavy dark circles, then this is the perfect primer for extra coverage. It's super creamy and never fully dries, so it needs to be set with a powder. The packaging comes with a teeny tiny mirror that seemed silly, but I honestly found it handy in a pinch since it's a real mirror and not warped plastic or anything.

I was hesitant to buy the Bobbi Brown corrector partly because I don't have pronounced dark circles so adding one more step to my routine seemed unnecessary and party bacause you pay a quite hight pricetag for just 1.4gr of product - yikes! Even so as a makeup junkie I caved and I'm so glad I did! I apply just a tiny tiny amount with a flat synthetic brush (MAC 242) and could get away with not even using concealer afterwards! The brightness it provides looks so pretty and awakening! Also since such thin layers are applied (if I use concealer afterwards it's such a minimal amount) it does not crease all day. I wear 1.25 on BB foundations, have minimal blue-ish undereye discoloration and bought extra light bisque which is light pinky peach for reference. Call me impressed.

I have NW20, over 50 skin with medium dark reddish/purple circles and was matched to Light Peach Bisque. The color is great and could be worn alone but the coverage and wear just doesn’t work at all. When using even a couple of thinly applied layers and setting with powder it still settles into lines very quickly and barely covers. I think for a young skin with less darkness to cover this may work? but I’m returning ASAP and trying Tarte CC.

I'll leave the performance review to the last. My complaint for this corrector is firstly the packaging. If it wasn't for my curiosity prompted by the good reviews I would never get a corrector in a jar. I wear make-up once a week or less so for me a corrector will last for a long time. Which makes jar packaging extra problematic because it will get exposed to air, dust and all for a longer period of time. It's extra extra problematic that I'll use it on my eyelid area, the most sensitive part of the face. AND, since we will use an eye cream/primer first, I need to wash my hands, wait for it to dry so I won't pass cream or water to the corrector if I'll use the product with my hands which I personally prefer over a brush at first. Another thing is I wish the product came with a little brush instead of a mirror inside or not had any mirror at all. The mirror is so small I doubt anyone would find it useful. Presumably the price would be a little cheaper if there was no mirror. Now the performance... I read some users found this drying but I didn't. My eye area is on the dry side too but not THAT dry. I have fine lines as well. This didn't fill in the fine lines and when I use a good eye cream, there was no problem with blending the corrector nor it dried my skin. As a corrector it's kind of difficult to make a strong comment for me because to be honest as someone with very fair skin and dark circles, I'm still not sure what to expect from a corrector. I watched a lot of videos from make-up bloggers and on those who have darker skin tones, a good corrector + concealer totally cover their dark circles. It gets tricky when you have very fair skin and your dark circles are really dark. I used only two other correctors before this one. One of them was orange and did the best work at covering my dark circles but to match that with the rest of my skin tone, I need to apply full-face foundation, significantly darker than my natural skin tone and obviously it doesn't look natural at all. When I go with shades more suitable for my skin tone, my dark circles don't get covered fully. This is what I did with this product as well. The BB's make-up artist told me Extra Light Bisque shade would be the right choice for me and indeed its color and shade suit the best for my general skin tone. But it was too light to cover my dark circles. Even with concealer and foundation on top, you could still see some purpleness under my eyes. Obviously this is an expensive product especially compare to how small it is. In my opinion if it will cover your dark circles alone or only with a concealer/foundation, it might worth the price. My advice is don't purchase this online without trying first. Go to a store, try different shades and ask for techniques. But unless there's a way I don't know yet and for those of us with very fair skin and dark circles, there's no way to cover our annoying purple/blue circles with this product alone or with corrector + concealer alone, I don't think it's worth the price. While I'm willing to spend extra money on the products that will stay on top, if a product will only be a 'step' and not be visible on top, I don't see the point in spending this much money.

I've always had dark circles, and age has exacerbated them. Of the &quot;flaws&quot; I want to cover up, it's always on the top three. But covering effectively when one has dry skin and is older? Tricky. If one piles on enough to camouflage, it looks cakey and worse than nothing, at least to my eyes. A reasonable amount helps some, but not nearly enough. That's where I'm coming from; had heard this is an amazing, revolutionary product; that the specialized colors worked miracles, yada yada. Already had a lot of different correctors and concealers, never entirely happy with any of them, at least for this usage. Finally decided to give this a go; what did I have to lose? So I dropped by my local Bobbi Brown counter, just wanting to test the colors and get more info. A lovely young gentleman was helping me--he was so cute, surprised I knew anything, I don't think he was a BB person, but very nice and helpful--and he was digging and digging, trying to find the color I wanted to test (Extra Light Peach Bisque). He FINALLY found one, but an unopened product, no tester. Sigh. So along comes the BB rep, and she's nice if a bit businesslike; saying, &quot;Oh, we've got a 15% off sale right now,&quot; and subtly steers me into purchasing. WTH, it's Nordstrom, can bring it back if I don't like it, right? Took it home, gave it a whirl. Tried in several different techniques, and guess what? Just fine... but not revolutionary. Not even close. No better than the other correctors I have laying around, and for the price (nearly $30 for a TINY pan), I expect more/better. So yes, I returned it. NOT because it was bad, but because it did not do what I bought it for. I would have preferred that it worked; I would have sung its praises, I would have repurchased over and over again. But not to be; the search continues.

I had very high hopes for this mainly because I don't like to pile the product, and the fact that the only tiny amount is needed to conceal everything sounded awesome. In reality, you really need only a tiny-tiny amount of the product to cover up everything you want to cover. Correctors work 10 times better than concealers if the coverage is what you're looking for. My issue with this product that it looks very dry, even with a moisturizer under. Just a dry flat matte aging product. I think it will work wonders for people with combo to oily skin.