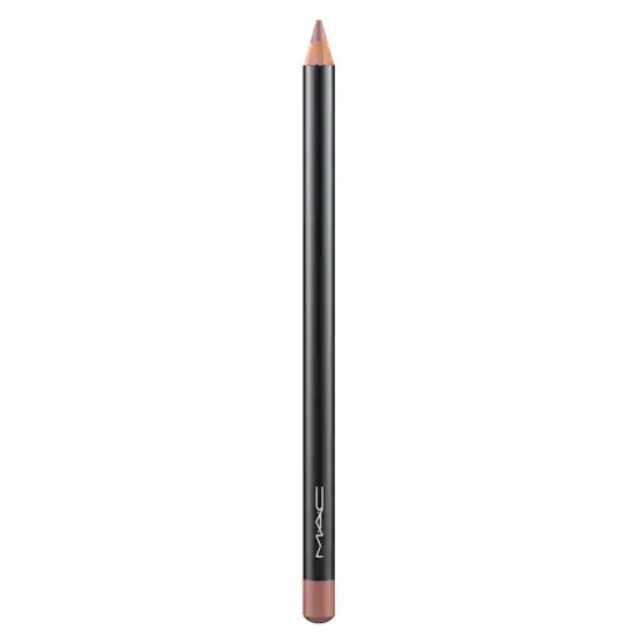 I love this color so much! I’m a red head with fair skin and green eyes and it just makes my features pop. I often wear it alone or just with gloss.

Just discovered this today - I only regret not getting this sooner! To me, it’s lighter than Hover lip liner and it’s a beautiful cinnamon-y brown with a hint of red. I don’t get any orange with this, and this gives me the perfect brownish red when paired with Fenty Glow lip gloss. This will forever be in my arsenal.

An old reliable I had forgotten about until recently. Great pinky nude color, slightly darker than my lips but neutral enough to work with a variety of lip products. I like this all over as a base to lipstick or gloss for staying power. I gave it a 4 v a 5 because it does help extend the wear of my lip gloss, but isn’t as long lasting as other brands I’ve tried.

I don't understand the hype for this shade, but I think it works with fair skin tones, not medium and deep. I don't buy Mac because it's over priced, I got this from someone else. I don't really know how to review this... it doesn't last long on the lips and makes other products fade as well. it barely lasts an hour.n :/ I can't get a bead on the shade , it's either light pink or a muted pink-mauve-ish type. idk, but I'm comparing this to a Bourjois lipliner that I have in shade nude wave because they're very similar, could be that the bourjois one is a dupe for it. spice is matte, product lasts a while ie. no need to sharpen it every time you use it. blendable, can be used as a tint. easy to apply. stays sharp a while. It's similar to bourjois contour lèvre edition lipliner [in Nude Wave] in that they both line my outer lower lip in a darker line than the rest of my lips, which seems strange because no other lipliners do that. they instantly give that dark mauve line on the lips there, mac more than bourjois, [update] Mac does this way worse, I tried teh bourjois again and it's more pigmented and better evened out, I can work with it, but Mac tends to oxidize too much. [end of update] the Bourjois one lasts much longer on the lips than the Mac one even with drinking water. but they both fade with top coats and such things. I would not buy again either of them tbh.

I'm honestly a bit disappointed in this colour. I thought it was going to be this pretty 90's dark brown pink colour but on my lips it looks pale pink. The swatches looked stunning and I was really excited to wear it but when I put it onit just looked like a normal pink on me with no hint of brown. On my mom it looks brownish pink but still nowhere near close to the swatches and lip pictures you see when you google the shade. For my fairer Indian skintone its more of a nude colour on my pink lips. This would probably stay a true 90's colour on fairer or even pale skinned people. Overall it is a good lip pencil and I'll still use it as a when I wear a nude lip.

Wonderful! The color is very 90s and I love 90s colors. Looks amazing as a lipstick too. MAC lip liners are the best on the market.

I’ve been on a Mac lipliner binge in the past few weeks. This is one of the top 3. It is dark creamy lasting and versatile. I like to use with any color. Especially a nude to get an ombré (or Kim Mathers circa 2000) look. I overline ALWAYS and people who know what I look like sans makeup think I’ve had them done. This works with reds pinks anything. My other 2 new faves are nightmoth (very dark) and soar (a nice darkish but in no way garish pink). The lightest nude Mac makes (forget name) was hard textured and didn’t do ANYTHING and was exchanged for heroine since I use that lippie often. I prefer nightmoth though. I got Tilbury in pillow talk liner and it’s ok... but doesn’t have it on macs. Btw: Anything self sharpening is rubbish. Keep those things pointy with a good sharpener even if it’s wet n wild.

I have used this liner since the 90’s - BUT, before you think I never left the 90’s, in different ways. I always come back to this lip liner. Yes, I still wear it with MAC Twig (though I mostly wear Twig with Edge to Edge l/l). I don’t feel that browns look all that good on me but when I want a neutral look, I simply use this pencil with nothing on top or maybe with Chanel Burnt Sugar RC gloss or WNW Rose Gold gloss. This is also the only liner I use when I want to tone down a loud lipstick. I often find that if I purchase a lipstick that is too garish on me, this underneath will do the trick. MAC liners are my favorite- they function as a liner should- grab hold of lipstick and gloss without trying to BE a lipstick or a gloss. I’m not a fan of Whirl not Soar- Spice just seems to be a workhorse for me.

One of my favourite lip liners from MAC. It’s a brown pinkish shade. Formula wise is a bit dry and isn’t amazingly long lasting. Would recommend purely because the colour matches well with lipsticks my favourite pairing is with MACs honeylove matte lipstick. Price is expensive so if you find a dupe even better!