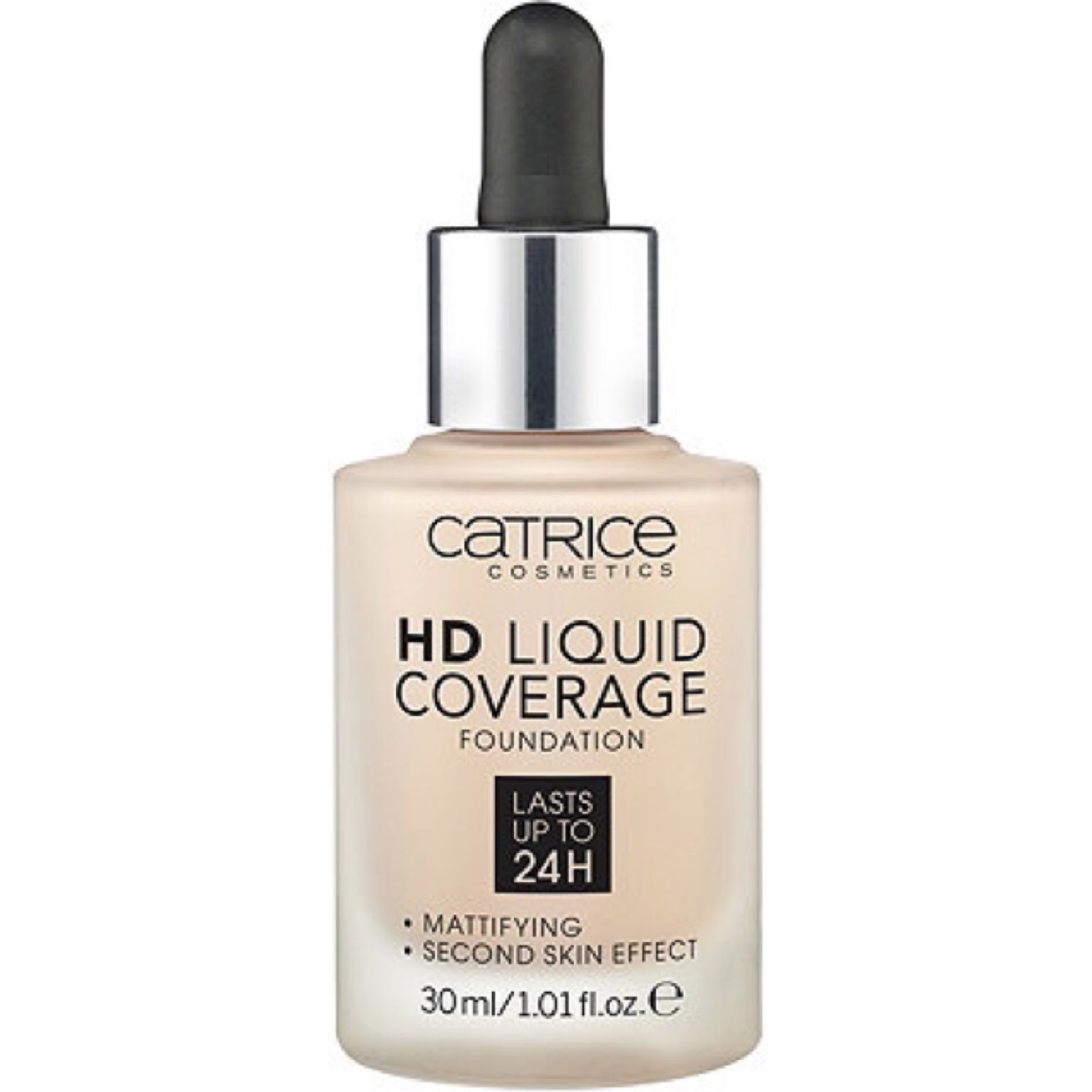 Not a favorite: required a color adjuster to fit my skin tone (yellow olive NC20). The texture was thick visible on my skin no matter how little I used or what application method. Lasting power is OK. Broke out a little if I used this for 3-4 days in a row - not OK for me because I use foundation every day.

Can't believe I haven't reviewed this foundation yet, being on my 6th bottle. It's my HG. I've tried way too many high end brands but I've never found anything to match my skin tone and texture. So out of desperation I bought the lightest shade (6 euros or so) and it is perfect. I use a translucent powder underneath and on top of the foundation and then it lasts the entire day, sometimes up to 18 hours, without showing any cracks or 'bleeding'. It looks like my skin, but perfect. I think it's about 7 euros at the time of writing, which is still incredibly cheap for a foundation with these qualities. The dropper makes it hygienic and easy to work with. I've never tried a second layer, as one is always enough to cover all blemishes. Never buying anything else again!

I love how this looks on the skin, very soft and flawless. I bought the lightest shade at the drugstore which is 010 Light Beige which I'm not too sure if its the right shade because I am never really a beige in foundations. I will have to try this without anything on top to see but I am impressed with both the performance and price because this was only $9 at Shoppers which sadly didnt have all the shades in store. Wears beautifully and covers a lot of flaws and discolouration with one layer

I normally HATE foundation. My skin is oily, acne prone, and sensitive, and has this tendency to oxidize the crap outta everything.So it's kind of a miracle that I love this foundation. A little goes a long way. I dispense a little on my hand and then use my finger to dot it on my face, focusing on areas that require more coverage. I then blend it out with my RT sponge. I only need one thin layer, but if I've got extra discoloration, I'll add one more drop to the tip of the sponge and blend it into the problem areas. I find it has great coverage, and since so little is needed, it doesn't feel heavy on the skin. I powder this with the Prime &amp; Fine Mattifying powder (also by Catrice) and the finish stays looking matte, but natural for hours before needing to blot. And then when I do blot, the foundation doesn't budge. The finish isn't crazy matte; it's a bit more satin-like on my oily skin. It photographs beautifully too! I enjoy the packaging. I am able to dispense the perfect amount without having to worry about a pump dispensing too much. It's glass, so it's very high-quality. At $11, I am really shocked at how well this performs. I'll definitely be repurchasing!

WARNING: This liquid foundation sets on the face super quickly, so you've gotta work fast! Other than that, I've been loving it. I mix a little of my CC cream (MKUP's complexion cream which is white) with it and its more blendable. Coverage on this is medium, but buildable. I apply a second layer over my zits and undereye circles, and I'm happy with it. It's cheap too, which Catrice product isn't? So, my wallet is happy. I haven't had any breakouts or sensitivity issues using this, neither does it oxidize on me. I'm just lucky I guess!

Pros: - long lasting - full coverage - cheap Cons: - the smell - small shade range - dries down quickly; a little does not go a long way + you have to work fast I prefer mixing this foundation with BB/CC creams since since my dry skin isn’t too fond of how matte this foundation is and the end result looks more natural. It is a good foundation and I would recommend trying it out if you are looking for something matte and high coverage but I find that with my dry skin it makes me look somewhat lifeless on its own.

Let me just say I have tried a lot of foundations. When I was younger I used to be a makeup snob, thinking the more expensive it was the better it must be. I tried a lot of different brands and a lot of different forms too (the most adventurous being diors aerosol foundation 😭) but none ever really impressed me. I moved out, my budget tightened so I was willing to give the drugstore foundations a whirl. I forgot my makeup bag to work and used one of my colleagues catrice and I couldn’t believe how much I liked it. It was longer wearing than Macs prolongwear and had the coverage of double wear by EL. I honestly can’t think of a bad thing to say about it! It could be just a tiiiiiny bit more dewy but as I get oily during the day maybe it’s for the best 💁🏻 Huge thumbs up

I bought this in shade 030 Sand Beige based off of my shade match from findation.com and it is pretty close to my skin tone, just a tad on the lighter side. This wears well on the skin, stays smooth without breaking up even when my T-zone started to get oily. A little goes a long way - I think this formula would be considered full coverage, as I used very few drops on my face and it covered every flaw. I could see myself purchasing this again when wanting a full coverage formula, especially if Ulta has a sale on Catrice.