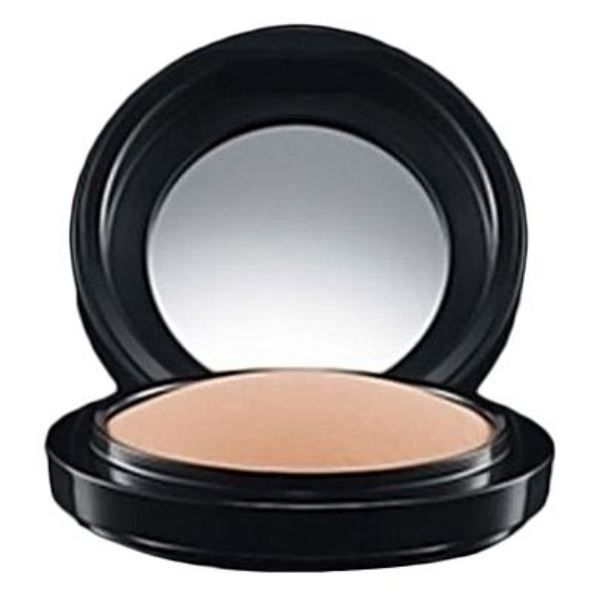 This ties with the Hourglass Ambient powder as my favourites! I use the Hourglass if I want a more ‘made up look’ and the Mac Mineralize for day to day wear. I have strayed from Mac for many years as the market was inundated with trendier new makeup releases, that I forgot how good Mac actually is! This is an example of a well crafted powder - finely-milled, with the right balance of subtly blurring and glowing properties. Very good setting powder that won’t disturb your makeup. Many others claim the same, but fall short. Some loose powders can be finely milled, but those that are have particles that in their lightness, disperse to the atmosphere, which I sometimes fear inhaling (I know I can be so silly). Hence, I’ve always had a preference for pressed setting powders. And this one by MAC consists of mostly naturally occurring ingredients too. Thank you for not discontinuing, MAC!

Purchased a few months ago this finely milled powder comes in a full compact with a mirror inside as others have noted. On my aging skin it works great, does not leave me looking dry as many setting powders do. Blurs imperfections, leaves a very subtle glow, sets makeup.. Works applied to bare, moisturized skin just as well as over foundation and full makeup. Also, it adds some life to my matte powder blushes. I don't use highlighters, perhaps if you do this powder could be a bit much together with a highlighter.. At any rate it's hard to put my finger on exactly why I like this so much, other than to say it's just a perfect finishing touch to my face. The shade medium plus is on the lighter side of medium, vs. a darker medium as I personally would expect from the name. It's pricey, but worth it in my opinion.

I've been using this for years... I've tried so many others but I always come back to Mac MSF. Recently repurchased, to my surprise now comes as a substantial compact, w/ an enclosed mirror (gone is the see-through plastic lid)! I love it even more now! The product itself is finely milled, buttery soft, adds a subtle glow to my face. Never appears dry or settles in dry patches/fine lines- simply blur/smoothes out the skin texture. Coverage is light, does even out the skintone. I have used this year round, but mostly during summer months as the colour matches me well. It never seemed to oxidize even with the old clear lid compact. I apply this w/ either a dense powder brush for a more blended in look, or loosely applied w/ a large fluffy brush, pending on how much time I have to get ready. I set it with Fix+ and and I'm good to go! Mac MSF still going strong!! ...

Let's start by saying that the packaging sucks. Well, the container doesn't open easily. In comparison with Studio Fix powder, this is definitely sheer but it covers well and has a natural finish. I wear this over primer and concealer and it does last on my oily skin the whole day. It doesn't oxidize which is great. With the right brush, this product feels and performs very well. If you don't hate your skin, this will work for you. If you want more coverage, Studio Fix powder is a better choice.

I thought it was good. I however, decided to change my foundation due to my character. Once, again.

I always thought this powder was overrated until I tried it. I got a makeup app at MAC and they used it on me and like someone below wrote it's the perfect blend of giving good coverage, while adding some glow. Very natural coverage and super long lasting. I never even have to reapply this. Update: I've recently purchased a few of these and just heads up works awesome as an eye concealing setting powder. I have a lighter shade specifically for that purpose. It's a little too heavy to wear with a full coverage foundation, but more sheer versions or on its own gives pretty good coverage if your skin isn't especially problematic. When I'm in a rush I use a primer with two layers of this and dunzo!

I was on the look out for a new powder foundation, to use on its own, with a satin effect (not too matte and not too glowy) and light to medium coverage. My face is covered in freckles, so a too matte and covering powder just makes me look dead... I have and love Facefinity powder compact by Max Factor, but it contains glitters so I wanted something without it. After doing some research I came to this powder by MAC. The MUA used Medium on one half of my face and Medium Plus on the other half. Medium was invisible, while still covering my redness, but made my freckles look grey-ish and looked a bit powdery. The Medium Plus looked slightly warmer, less powdery and made my freckles look like themselves, so the choice was easily made, I bought Medium Plus :). For reference, I'm NC20 throughout most of the year (height of summer I might be a little darker, but not much). I do think I will have to buy the Medium further down the line when winter has left it's mark on my skin tone ;). After using it a couple of weeks now I got to say that I really like this. It's just so easy to apply and touch-up throughout the day. It looks very natural, it doesn't completely cover the redness around my nose and on my chin, but with a bit of liquid concealer this is solved. But to be honest, I just use it on its own. I will try it as a setting powder as well and will update later.

I use this to set my foundation and I love it. I never use powders because they have all made me look very cakey but this foundation does not AT ALL. It is amazing. I apply it right after my foundation with a large powder brush.

I bought this powder after reading the reviews on here. I am 41 and have started to get some lines underneath my eyes, which seem to be accentuated when I use face powder to set my concealer. This powder is lovely, it doesn't mattify my face to the point where it looks flat and dull, but instead gives a more dewy finish which is far more natural. Unfortunately it does nothing for the lines under my eyes and still makes the lines look more prominent. That said, I love the coverage that it gives and will definitely invest in it again when I run out. Maybe it's just time to accept the fact that my wrinkles are there to stay!