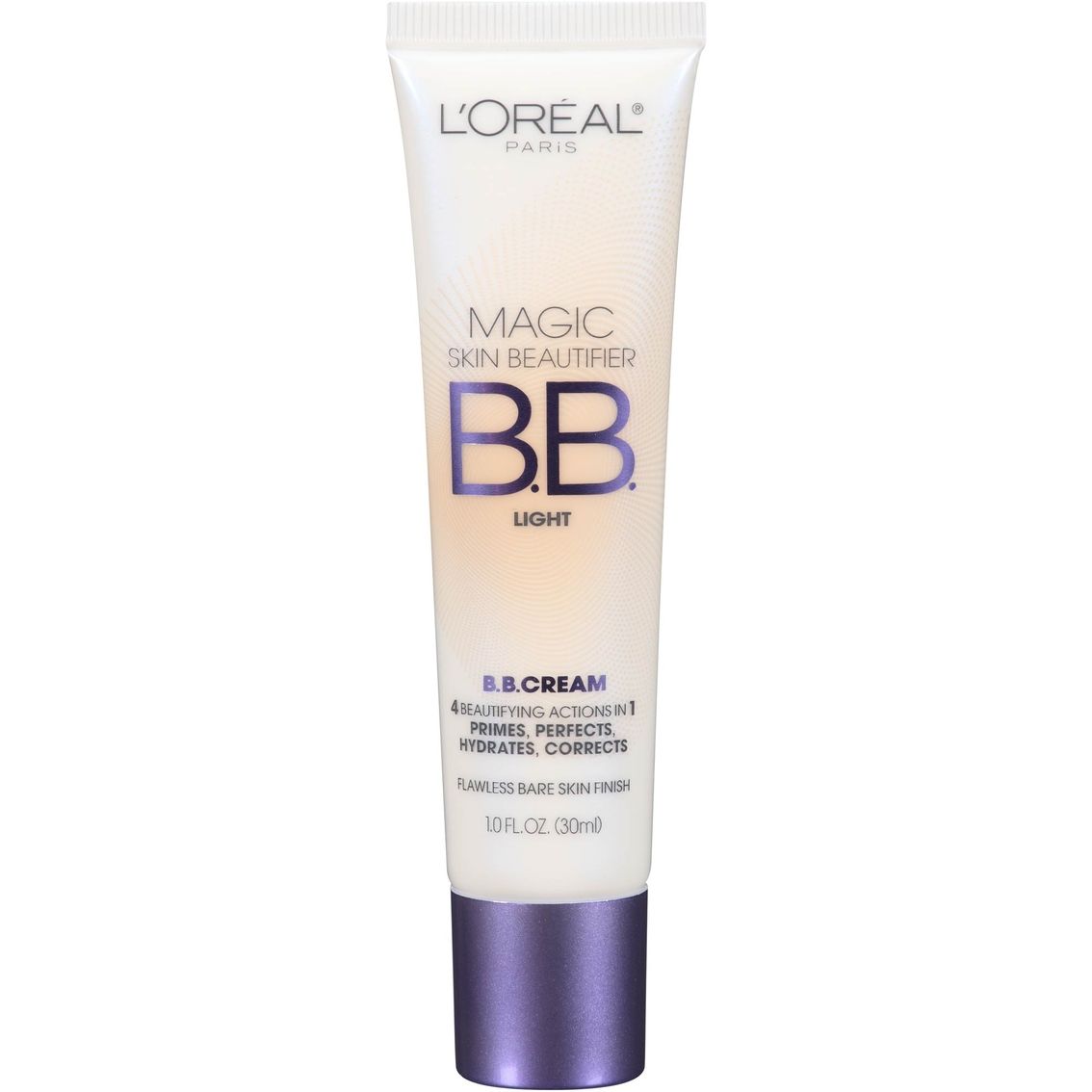 I don’t wear a lot of makeup on a daily basis, but felt like I wanted to try a BB cream again, just to even out my skin tone during the winter months. At the store, I initially grabbed Maybelline’s Dream Fresh, as I’ve used that in the past and didn’t have any complaints. Why I wandered into the next aisle and grabbed this abomination, I’ll never know. I chose the medium shade, as my skin still had a bit of summer color. The formula is a white cream with flecks of darker pigment. I thought that was very interesting. However, as I started blending it into my skin, I literally yelled “BAHHH!” The cream turns into a very chalky-feeling formula, which is awful for my already dry skin. Confused, I looked at the packaging for words like “matte finish” or “for oily skin”, thinking I just made a mistake, but, there was nothing of the sort on the label. I was surprised it actually says “hydrating”, because for me, it felt like the total opposite. I guess I’ll give Dream Fresh another go.

I learned about this product on the YouTube "Hot & Flashy" vlog for older women. The host, Angie, loves this product and says she gets compliments all the time when she wears it on her videos. I wasn't having a lot of luck with drugstore foundations for my mature, combo, dull NC 25 skin (L'Oreal True Match is my fave DS foundation so far) so I thought I'd try this; on most days my skin is okay with just concealer and blush, sometimes bronzer. Although I prefer a dewy finish, I find this BB cream to be pretty darn good at evening out my tone and giving just enough finish to make me feel put together. The first color I tried was Light (Clair) and while it was an okay match during the summer, by fall my skin had paled enough so that it looked really dark and orange on me. I just started using Fair and it seems a better match. I always use a moisture lotion with 50 spf underneath, since this product has no sunscreen.

This is a waste of money. The only good thing it has going for it is the packaging. I got it in the shade Deep and it does absolutley nothing besides making me look like Edward Cullen when under direct sunlight. It literally is transparent, its not moisturizing or smoothing and you may as well put nothing on because it has zero coverage. It doesnt even have a noticeable tint it's just a little shimmer suspended in a lotion that isnt moisturizing. I bought this because of Angie from Hot & Flashy in YouTube, along with some other sunscreens she recommended. Everything was a let down, I'm not taking anymore recs from her. I will NOT repurchase and will try to return it for my money back.

The trick to this BB Cream is to use a silicone applicator or a sponge. Do not use your fingers! I am pretty fair, I normally wear bareminerals Fairly Light. I started tretinoin and the peeling will not let me use powder mineral foundation right now. Went on a hunt for BB Cream that looks natural (I don't like liquid foundation) I got this one in Fair, apply it with Walgreens brand silicone applicator. Flawless! Covers the red, doesn't exacerbate any peeling, lasts all day, doesn't feel heavy and it didn't oxidize on me at all. Fair is still a little darker than I would wear in the winter, but perfect for summer.

This product is the worst but not the worst. I have purchased this 2 times and every time I use it I have a different experience. When I first bought this a couple years ago I was really pale, so the color match was wayyyy off for me since this does go from white to a skintone color when RUBBED in. I stopped using this until a couple months ago when I was looking for a lighter coverage foundation. I found this on the bottom shelf and thought I would give it another shot, Since I have first started using makeup I have switched from brushes to beauty blenders to blend my face makeup. I blended it with my beauty blender and used a TAPPING motion and got around the way to dark of the lightest shade range they have. I used it a couple days and didn't have a problem. I do have combination skin oily in the summer and dry during winter, during this time it was beginning to turn summer so my skin was going through a lot, This sits on top of oily skin and does not set into the pores for a nice blank "canvas" look. It slips and slides and if I touched my face once it would turn the orange color I tried to work around no matter how good I set it. It didn't blend nicely at all and made my skin feel icky. Overall its not a bad product for the dryer types of skin and really recommend it since it does have buildable coverage and blends nicer. :)

Miracle product! I have rosacea and discovered this product a few months ago. It is AMAZING! It has a very fluid, thin consistency. I take about a quarter size and dab it onto my cheeks, nose and chin - where my face is most red. I tap it out (don't drag) with a makeup sponge and it goes from green to invisible as it neutralizes the red. I then have a blank canvas to apply my makeup. So easy to use, blend and don't worry - you will not look green. I think I could even wear this with no makeup once it's applied as it doesn't look green. This is a must have from now on for me. Oops - I meant this to be for the Anti-Redness Magic BB cream.

Love this BB cream.. I have olive tone skin and the medium is perfect. Doesn't look orange at all. Has a nice finish , light coverage . Would be great as a primer as well but I've been using alone for summer. Would def repurchase

I bought the anti redness B.B. cream which says it “transforms to universal shade to reduce the look of redness.” It’s green tinted and that green tint did not fade—it was still very apparent even after the “transformation” to a universal color. The universal color is VERY dark. Think someone with deep olive skin who tans easily. This did nothing to reduce redness, it left a green tint behind, and it’s so far off base from my coloring. It went in the trash because I took too long to try to return it.

I bought the lightest of the L'Oreal bb cream and found it to be white and chaulky, very dry. I tried another shade - same, it comes out white, chaulky and dry - I had the impression the BB creams weren't heavy foundation and this product is just like that, a heavy, cakey foundation.

Just bought this product, was super excited after watching several youtube videos to be sure i was investing smartly and in all videos it looked great! i really would have loved it if it had worked for me but unfortunately, i got home went straight to my mirror and after washing and drying my face i applied the bb cream in the lightest shade. i started massaging it into my skin gently and it turned bright orange, like a tangerine or those cones u see in the street. yeah... i tried again later and still bright orange. My skin is quite pale right now and fair so i am not sure why this bb cream appears as tho i have the same spray tan as donald trump. Really disappointed because i was so excited to have such a great new product! :(