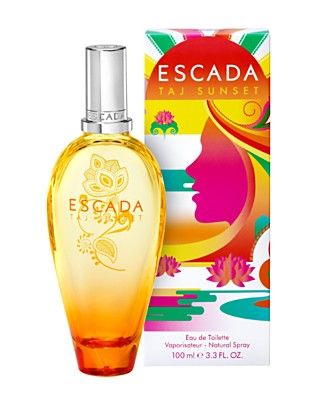 I got a sample as a gift. pros: nice light summery scent. can last up to at least an hour or an hour and so. cons: the scent does not last long except on hands and clothes. I can go and come back even one hour and it wouldn't feel like I was wearing it at all. :/ though it's nice to use, the scent is really nice to have on clothes and hands. I used it on big occasions, though I can see now that I need a new fragrance. I barely felt it. I do have other fragrance samples from Escada I intend to try also this sample didn't convince me of Escada perfumes' staying power [even if that sounds prejudiced sorry :P ] so far, this one perfume does not last. though it's sweet and nice. the next one I will be trying is cherry.

Very fruity, fresh, pineapple scent. Not perfect but it is quite nice. Definitely will be using this more in the summer. Might repurchase, put as a yes for now.

Always get compliments when I wear it. It's absolutely amazing and perfect summer fragrance. Will buy it again and again!!!

I normally do not purchase fruity scents, but after getting so many compliments while testing the fragrance for a few hours, I decided to get a bottle. It reminds me of a cocktail you would enjoy on a tropical beach, or maybe ambrosia. Lasting power is a bit longer than I expected from Escada, and it's not too strong. It's sweet but it settles on the skin nicely without getting too screechy. I'm thinking I might have to get the largest bottle since I finally found a fruity scents that works for me.

I thought I would love this-sounded right up my alley, but I don't like it at all. I think it's the mango that is so off-putting to me. It's the smell of some fruit, almost like a honey smell, but it smells awful to me. That first awful smell wears off after a while, and then it doesn't smell so bad. But I don't love it. Also, after pigging out on Comice pears one Christmas, I became allergic to pears. I guess this also makes me allergic to similar fruits, like the nectarine and maybe mango, because this perfume made me stuffy, sneezy, and my chest broke out in hives. (DKNY Be Delicious makes me stuffy/sneezy, too.) So if you're allergic to fruits, it may trigger a reaction in you. But also, I assume this means the scents are not synthetic (?), which is a good thing. From fragrantica: Escada Taj Sunset opens with notes of Alphonso mango, nectarine and blood orange. The heart features aquatic flowers with raspberry and pomarosa or Malay apple. The base consists of coconut, sandalwood and musk. I got this slightly used from an ebay auction, so the price wasn't bad.

Love, love love this! Every time I wear this it makes me happy. I was very disappointed that I couldn't find this anywhere last summer, but luckily Sephora has it back on their shelves and I am a happy camper once again.

Sadly this was a one summer fragrance, so they don't sell it anymore, but if they did I would definitely buy it right away, this is my all time fave. Love it. It so fresh and fruity!

For a jolly rancher scent that my preteen dd begged me to buy "so we can maybe share it" I could not have done better. And I would totally buy it again, although more for her. It's fruity fun in a jiggy little bottle, pure summertime joy. And if you overspray like a wild thing, no harm done. It's practically a body spray. You'll only smell like you've been mixing up a little Hawaiian Punch cocktail...maybe with a little vodka thrown in for the adult crowd. It works well on anyone who is in the kind of clothing and situation where flip flops are the preferred footwear. After a one really hot week I pretty much tore through a bottle, but I did get two perfume compliments from strange men. Yeah. I mean that like it sounds. I wouldn't wear this on the subway, but to a friend's bbq or beach party, it'd be perfect.

This smells like a bowl of fresh mango's and it's really sweet. I got the smallest bottle to use during the summer and I still have halve left from last year. This is a nice fragrance for sunny days but only if you like something sweet and fruity. The lasting power is ok, it does not last all day and you have to re-spray it after a couple of hours. This is just a fun fragrance for summer but nothing special really.