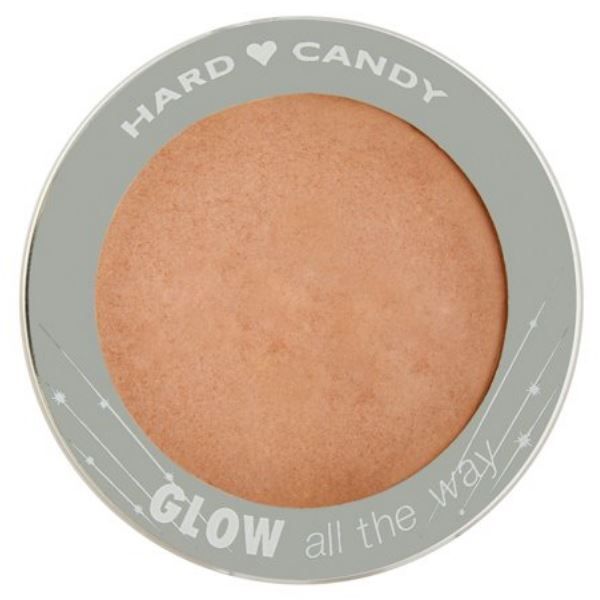 I've bought this a few times now and will continue to buy. I love it! I prefer a more sunkissed/golden look over blush, but being as I'm soo light skinned it's always been a little harder to find something that could do that for me without looking just awful. It also gives a nice glowy look without looking shimmery and silly. I definitely grab for it every morning; it just gives the perfect finishing touch.

I love this as a golden highlighter. In the summer I really like to shelf my silvery highlights and play with the sunny golden ones. This is a great affordable highlighter. I sweep this over my cheekbones, down the bridge of my nose and across my cupids bow. Love the glimmer it leaves. The shimmer is not chunky, you are just left with a nice glow. Will repurchase if I ever run out.

Love this product as a highlighter, definitely not a bronzer. I'm an NC15 and its a beautiful color for me. I sometimes reach for this more than my Mary lou-manizer from the balm. Would definitely repurchase, this product will last me for a very long time! Definitely worth the price.

I love this, it's gorgeous and makes my skin glow. I use it all over my face to brighten it up. It definitely is not a bronzer for me, and I'm pretty fair (NC10). I could use it as a highlighter even, but I prefer to use something a little lighter to highlight. This is beautiful for fair skinned neutral to warm skin tones.

I picked this up after seeing it on Youtube as a dupe for higher-end highlighters. I am very impressed by the beautiful gold glow/shine it gives your skin without looking looking really powdery, cake-y or obnoxious. I'm very happy I purchased this.

I have had this for probably two weeks now, but I wanted to give it a fair shot before I officially reviewed it. I was in desperate need of a good highlighter to complete my collection (for the time being), and came upon this on Pinterest. I reaaaaallly wanted to try Nars' Albatross, but truth be told, the 28 or so bucks just wasn't, and still isn't in my budget. After seeing all of the swatches and reading the MUA reviews, I bit the bullet and went for it. The first time I gave it a go, I went a little overboard. i've watched a lot of YT tutorials using this, and so I went about it the same way they did. In my bathroom mirror, it looked fine..but when I got in my bedroom and looked in my mirrors, in brighter lighting, I looked SO washed out and pale! I had to wash off my entire face of makeup, and start all over again...15 minutes in the trash..I was really disappointed. A few days later, i decided to try it a different way. The first time I used it on my cheekbones, forehead, and cupid's bow...this next time, I generously, yet modestly put it on my highlight underneath my eyes where my concealer was, and it brightened INSTANTLY! It was like...slightly orgasmic for me, and I fell in love. I use it almost everyday..with whichever concealer...sometimes if I know I won't be out long, I set my concealer with it rather than using a powder as well. I'm glad i didn't get discouraged and return it, instead found a way to work with it. Love it. but I will still be buying Albatross when I get the chance! I like options. :)

The closest and best quality dupe for the MAC mineralised skin finishes (the golden toned of them), I have both and I still find myself reaching for this one instead of the MAC one. Really beautiful on the skin and gives a real sunkissed look if brushed on the cheekbones - terrible as a bronzer though but as people have said before this is obviously a highlighter.

Although it's labeled as a "bronzer" , we can pretty much conclude it's a highlighter . This is my holy grail highlighter when I don't feel like using Nars "albatross". Gives the most natural glow on my skin and I always get complements on how healthy my skin looks when I use it. Will definitely re- purchase xx

Pros - gives subtle glow - a lot of products - stays on Cons - not a bronzer Comment: Great for use as a highlighter. The shimmer is pretty subtle, which I like. It's not overbearing. Pan will last a long time. Will repurchase.