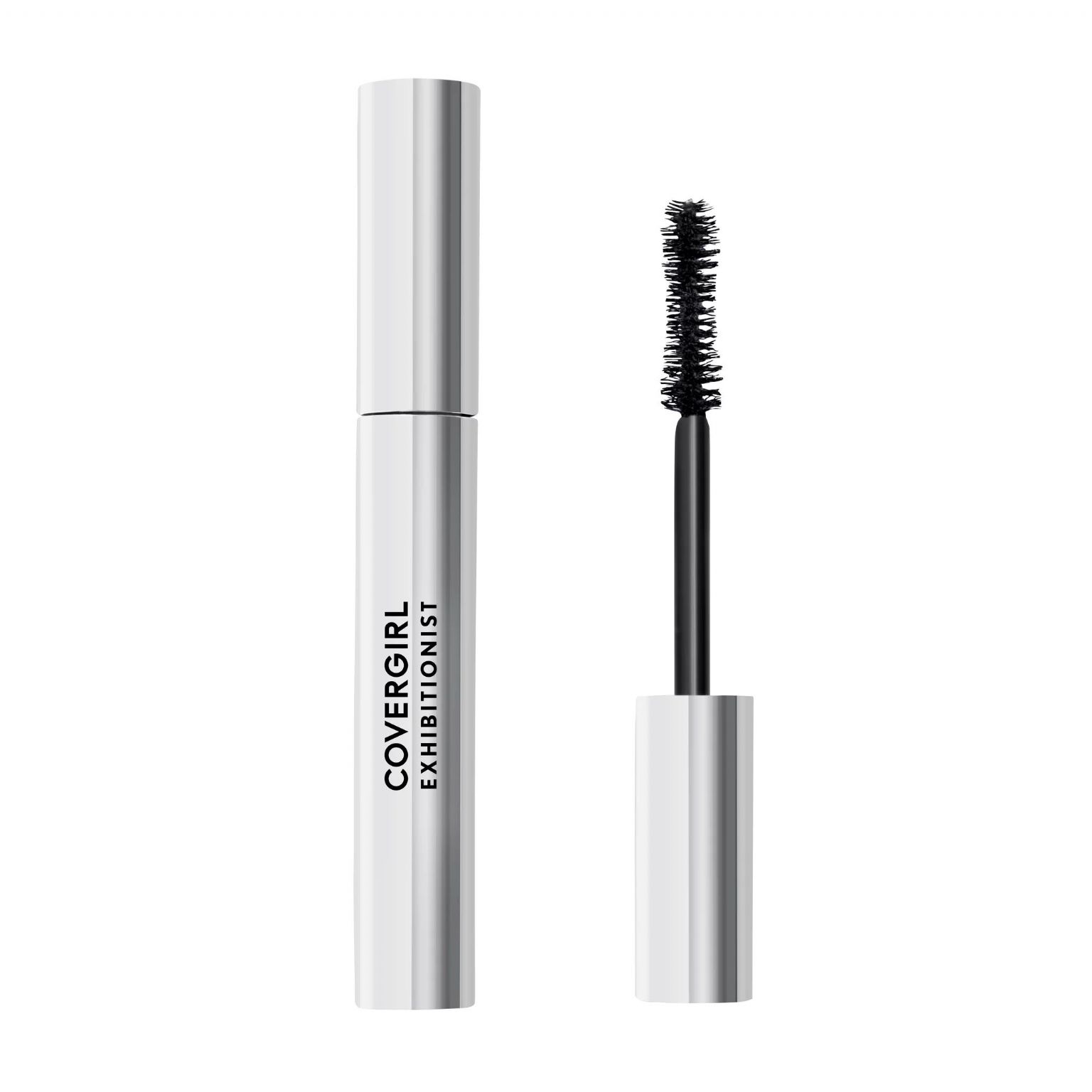 This mascara is almost as good as the Loreal one. For some reason I still prefer the L'Oreal. I dislike the brushes on both brands, but love the lashes. I don't even need to curl first. I would rebuy, but I feel it is overpriced.

Once I was at a swap meet, and there was a chick working a booth who was wearing the most amazingly blue mascara. She was Korean and the color was so VIVID on her. I asked what it was, and she said it was some no-brand 99 cent swap meet mascara. She had no idea what the name was, so of course I walked around and bought every blue mascara at that swap meet, and of course none of them were the one that she wore. Ever since that day I have been trying blue mascaras, hoping that one day I'd find the same one. So when I noticed that CoverGirl had this in True Blue, I pounced. It really is a true blue, but not as vivid as the one that that Korean chick wore. I am not impressed with the length or the volume this mascara provides, either. When I tried to add another coat, it felt really crusty and nothing improved. I'm not saying this is a bad mascara, but it is not impressing me. Maybe it's just that I'm tan and that chick was very pale so the blue really popped on her? IDK. I would not hesitate to try this in black, either.

Reminds me of my old holy grail and long discontinued CG Lash Perfectionist Volumizing Mascara! I've been searching for a similar mascara for 6 years now, trying every Covergirl mascara, plus a few drugstore and dept store mascaras and couldn't find anything like it...until now! The formula is pretty darn perfect!...Definition, length and fullness all without clumps or smears. Lashes feel soft, not hard or stiff. Removes easily with my facial cleanser. Can't beat the price and availability. Highly recommend!

I have tried several mascaras and wrote other reviews on here for other mascaras. Let me just say this is the best mascara out there. This mascara add volume to my lashes and does not irritate my eyes. This is my holy grail of mascaras and have already purchased it several time. And the price is really good and not that expensive.

Covergirl has some great mascaras but I went for this mascara over my usual choice of Clump Crusher because I'd heard such good things. Pros: with time, patience, and a steady hand, this mascara creates a voluminous, smoky look. Cons: the brush is just huge and unweildly. I am always scared of jabbing my eye with the gigantic bristles. A lot of product clumps on the tip of the brush. It's a thick, sticky formula that take a lot of time and patience to get from root to tip. This mascara reminds me very much of the classic L'oreal Voluminous which is my other go-to mascara, just with a worse brush.

This a decent mascara. It doesn't flake or smudge under my eyes (even with my oily skin) and it does give good volume. My main issue with it is how bulky and unwieldy the brush is. It's basically impossible to get at your roots without painting your entire lashline. I do get the feeling that this mascara is what the much-hyped L'Oreal Lash Paradise is supposed to be though. I keep wondering if I had a bad tube of that because the one I tried was the consistency of cold peanut butter. Exhibitionist is much easier to work with and DOES give lasting volume, just not in a clean, easy way.

After previously trying to loreal dupe of better than sex and disliking it, I thought I'd give this one a try and hope it lived up to the hype. Sadly this doesn't really give me what I look for in a mascara. My lashes are thick, short, and point downwards. I look for length, separation and curl. This is more of a volumizing mascara, which isn't necessarily bad. But as soon as I apply it, it clumps my lashes together and I have to spend about 2 minutes on each eye trying to comb out the clumps. I curl my lashes before mascara, and this immediately causes them to droop back down upon application. It gives very minimal, almost nonexistent length. When I try to build it up to get length, it just clumps my lashes horrendously. Also, this WILL get all over your eyelid. I give it 2 stars only because it does provide volume and it doesn't flake or smudge.

I’ve come to rely on CoverGirl mascaras for a long time and this one is no exception. It gives a slightly more dramatic effect than my usual Clump Crusher but still looks really nice for everyday wear and doesn’t smudge. I wasn’t a huge fan of the brush shape (comparable to Too Faced Better Than Sex or L’Oreal Lash Paradise) but I got used to it over time.

This is a nice, simple, effective mascara. Nothing ground breaking or gimmicky. Sort of big brush. PROS: Standout feature of this mascara is that it holds a curl very well, so my lashes have stayed lifted, and separated throughout the day. This does not weigh my lashes down at all! This mascara gives a really great length to my lashes and is very clump resistant no matter how many times I combed through. I usually apply a full 2-3 coats of this (coats meaning I actually dipped my wand back into the tube) and it didn't clump. CONS: Takes a lot of time, work, and patience to get results with this mascara. I think it took me 5 comb-throughs to just start to get anywhere with this. Also leaves a huge mess on your eyelids because the brush is a bit big and because you need to go through your lashes so many times. I will continue using this mascara. Its very different from the quick, sometimes finicky, intensity of my favourite Maybelline Lash Sensational. Exhibitionist makes your lashes look softly dramatic if that makes sense. They look long, somewhat volumized, and nicely curled with a gentle taper at the ends.

This is such a great mascara, especially for the price. It's similar and almost as good as the L'Oreal lash paradise mascara. When that's not on sale, I'll go for this one. It gives great volume, some length and curls my lashes and lifts them. That's all I really want in a mascara. DO NOT however, get the new one in black packaging, the exhibitionist unleashed or something. That one hurts my eyes putting it on (really rough bristles) and smudges everywhere.