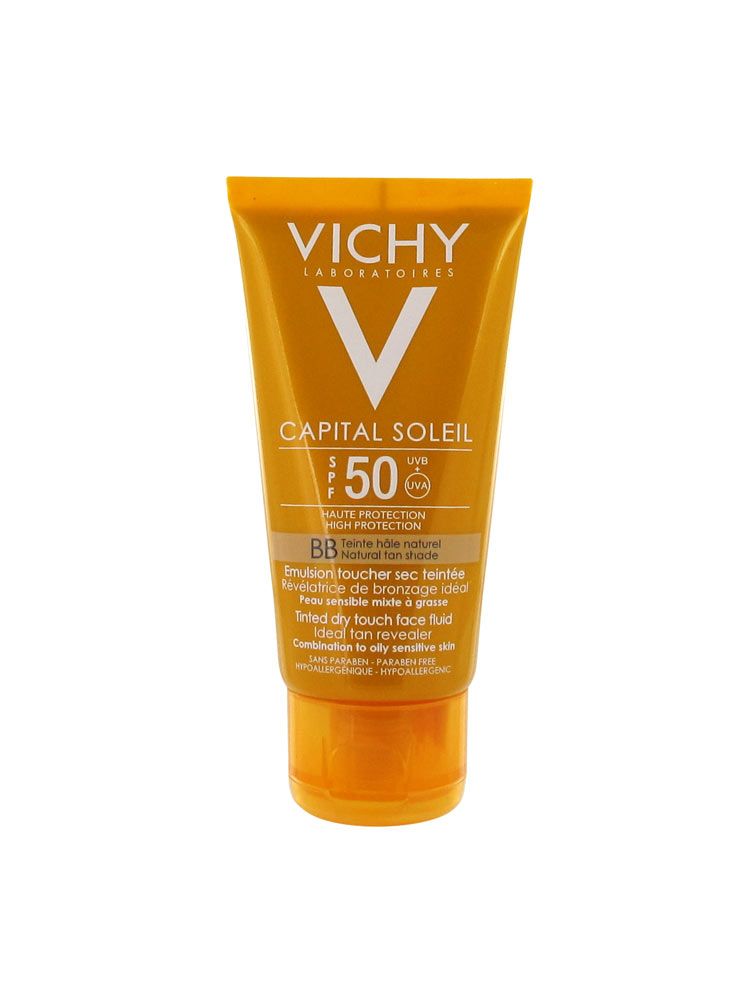 This was just awful. The color was too dark/orange for me, but what was worse was that it pilled like crazy when I used it over moisturizer. Without moisturizer, it sticks but makes my skin look dry. It also settles into fine lines and enhances the look of pores (I mean, it doesn't matter that we have visible pores in our skin but not all makeup type products do this). Huge regret given the price and it wasn't more than two days before I had to get rid of it.

It can cause irritation ????

In my view, the texture is too thick and paste-like for a fluid, the colour is alright. After application of this - matifying - product my skin looks mat for like 5 minutes and then it becomes very oily and shiny and I have the impression I can see every single pore on my face. It's my 5th day of using this BB cream and I think it will also be the last one.

When I first tried Vichy SPF, I started with the Ideal Soliel Mattifying Face Fluid Dry Touch SPF 50 and this was a saviour for me as I live in a quit hot country, and then I noticed that on the same line there is the BB Tinted Mattifying Face Fluid Dry Touch SPF 50 and I gave it a try and I am really happy with! My Skin: Combo to oily &amp; acne prone. Pros: it is mattifying, dries down nicely with no patchiness or white strikes. Cons: I am not a fan in general of tube and jar packaging when it comes to skincare and cosmetics, a pump is always more hygienic and easier to use, also it has a very light coverage, so don't expect to get a decent coverage for blemishes out of it, it only tone out your skin which is expected of a BB cream anyway Overall i am happy with this product and i would buy it again

This BB cream left my face pretty oily, and to be a bb cream, no covering at all. However, since i've got a pretty decent skin, it's not my main concern, the problem is that this cream made my eyes burn like hell! I'm definitely not buying this again!

My skin: Combo-oily, sensitive (among others, my skin takes the habit of breaking out in hives when it doesn't like something I eat or put on my skin), SD/PD-prone. OSPW. Fitzpatrick IV. Freckles and PIH from hives. I got this as a sample that was only good for one usage. I wish I didn't try it at all. Well, first it applied really nicely and dried matte. Felt a tad heavy but still less than many others. However, the color was totally off for my skintone. It has beige-y tone, which can still be manageable, but the shade was at least 2 shades darker than my skin. It may fit NC/W15-25 better. What was worst is that immediately after application, my face felt warming up and then the whole thing burned and was itchy like mad. It felt really horrible and my eyes were watering profusely. I dashed to the bathroom and took it off with oil cleansing. While doing so, my face still felt stinging and the rubbing with my washcloth was hurtful, even though I tried doing it as gentle as possible. I immediately slathered vaseline on my face, but my face still looked pretty red. I suspect it's either the high amount of fragrance and/or the cinnamon extract. Leaning a bit towards the latter because once I tried a perfume oil that has strong cinnamon note and the inside of my arms were red and itchy and I ended up with rash because I couldn't stop scratching. I would strongly advise sensitive skins to stay away or try to get a sample first.