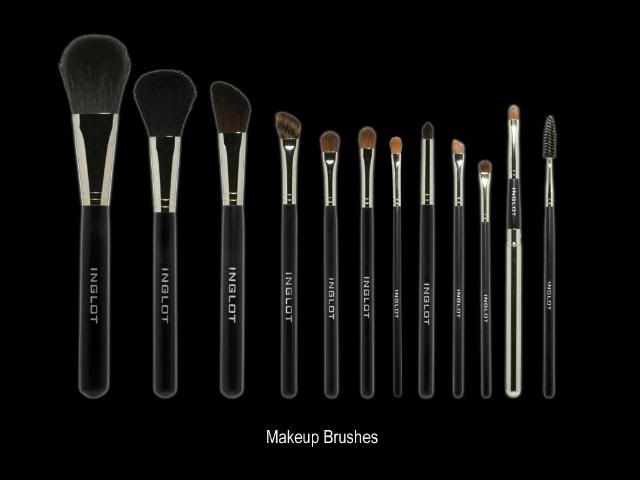 I have the travel set. Really great for keeping in your bag. #winning

The Inglot 6SS is my favorite blending brush ever! It is an exact dupe for the original Sigma E40 and MAC 224 brushes, just a better version. Inglot exceeds them by far. The bristles are sooo soft and do not shed at all. I can't even use MAC brushes anymore because they feel scratchy on my eyelid compared to the Inglot brush. I feel like this brand is so underrated, but it's definitely worth the price. I will be purchasing back up brushes soon.

This review is for the Inglot 6ss brush. Okay. So I saw some reviews online stating that this brush was a good alternative for the Mac 217. People were singing it's praises primarily because it was cheaper than the 217. I don't live near an Inglot store. In fact the closest one is in New York. I decided to buy one a couple of month's ago when I went on vacation in NY. The price of this brush was $19 dollars and change before tax. The MAC 217 costs $24.00 before taxes. So not that big of a price difference. The Inglot 6ss doesn't blend as well as the 217, but it blends well. It actually can be a dupe for the MAC 224. It retains its shape after being washed, and it didn't shed alot. The bristles are soft and it's not as tightly packed as the 217. All in All it's a good brush but I probaly won't purchase another one since I don't live near a Inglot store.

I own 6 Inglot brushes and I love them to bits! :) I don't own any MAC brushes so I can't really compare the two, but I think that they are simply wonderful. (Cheaper than MAC and my Inglot store gives 20% if you buy 3 or more!) I own: 25SS -->Kabuki (SO SOFT! I love petting it when I'm not using it! lmao) 27TG -->Stippling (Pretty good, I experience some shedding the first time but it's stopped now.) 20T--> Angled Foundation Brush (Made from synthetic bristles but still really soft. Applies foundation flawlessly.) 28PO-->Large Shadow Brush (Very soft. Deposits a good amount of shadow on your lid) 6SS-->Large Crease brush (Again very soft, blends and applies my shadow like a dream) 80HP-->A little bit larger than a pencil brush (Smudges and blends little details nicely. Perfect for smoking out your shadow) Overall I really love them. I would love to add more to my brush collection. When washed, I experienced very little shedding or bleeding and they retained their shaped once dried. :) The only downside is that MAC has a wider range of brushes than Inglot. I'm hoping that will change in the near future. :)

I have one Inglot brush only - 4ss. The design is similar to MAC's which I like. The handle is long enough to make the application convenient. I use the brush primarily for blending out spot concealer. It makes the finish more or less flawless. I tried using the brush for blending my eye shadow, but I find that this brush does a worse job for this purpose compared to the other brushes I own.

I have it in 6SS (dome eye shadow brush similar to Mac 224) and 4SS (bigger version of 6SS). The brushes come in black handle with metal ferrule, very similar to Mac's and Sigma's brushes. They are very good quality but the range of brushes are much smaller compared to Mac's. The bristles are very soft, much softer than Mac's and Sigma's. I can only compare 6SS with Sigma's SS224 as i do not own the Mac version. The bristles are longer, more pointed and tapered, softer. Very good quality and cost less than Mac's brushes. 4SS is a bigger version of 6SS, i use it to set my concealer with powder, apply powder highlighter. I would definitely recommend Inglots brushes, they cost less than Mac's brushes and in my opinion, comparable in quality. I will be getting more :) Update: I recently purchased a new Inglot brush that is just released- 16BJF. Its a flat top brush like Sigmax F80. Its made of real animal hair, not as densed as F80 and because of that it does not drag the skin during buffing. It also does not absorb foundation and works like a dream. I love this the most.

I recently bought the red "travel brush set". I'm really happy with it. It has 7 brushes in all and they work really well. It wasn't expensive (when I bought it, it was on sale at 29$CAN). 29$ for 7 brushes ? Wow ! The packaging is great for travel. I only have one bad thing to say : The brushes are held by a sort of elastic. Each instruments have a brush at each ends, so if you want to put the brush back in its packaging, you have to pass the hairs of one of the brushes in the "elastic thing" and I'm afraid that in not so long, the brushes will be "deformed"... I'll make an update in a month or so... But that's the only bad thing. I'm happy that I purchased that! :)

I have inglot blush brush and every time I use ite numbers of bristles sheds off... I dont find it soft on the skin either.

I have the 3ot eyeliner brush and I was kinda disappointed by it. I found the more I cleaned it the more the bristles splayed so I was finding it impossible to get a sharp defined line. I have now since started using it to fill in my eyebrows and for this I love it. I will try the other brush hence why I said i would repurchase and want to try their eyeshadow brushes soon