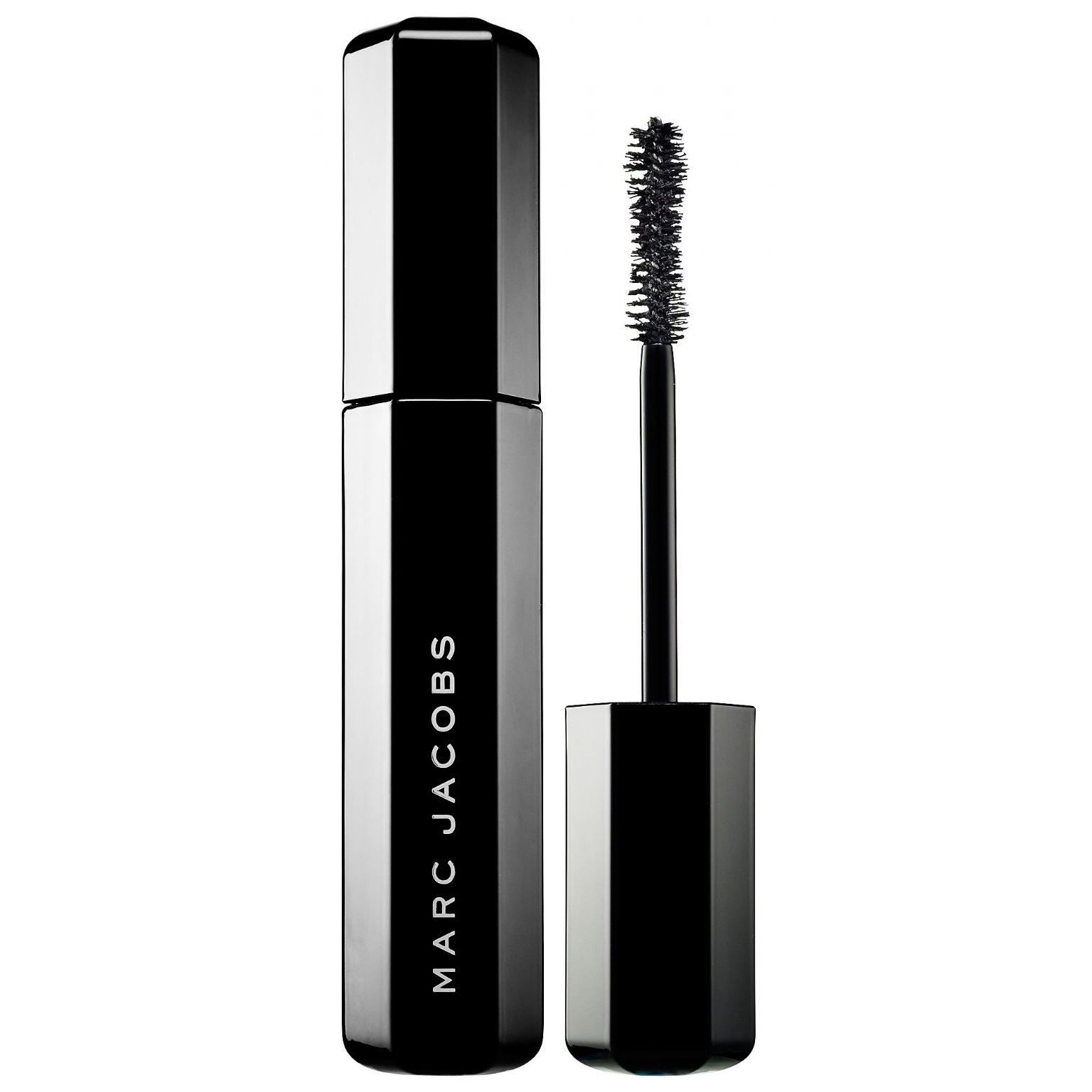 It has been five years since I used a Marc Jacobs mascara, and I decided to try this in the tiny sample size. So far I am happy with it because it gave me lush, feathery, intensely black eyelashes. It's so good that I regret not having a better liner and shadows to go with it. It's far above any drug store mascara, even my most highly rated Telescopic and Lash Sensational. Why? Because it just gives more beautiful, full, dark lashes. It's clearly a high quality formula. The mark of distinction is when even the first coat does something. It is easy to brush on and easy to build up the lashes. I have to say, although it's the best one I've tried lately, it is STILL not as good as Big Fatty Lashes. Period. Nothing is. But it comes close. Closer than anything else so far. And I love the packaging which doesn't roll. I may buy it again in the full size. Update: this is better than Charlotte Tilbury Legendary Lashes Vol. 2. It surprised me when that was a letdown. I wasn't expecting to like this one more. I hated the first Marc Jacobs mascara I tried in 2014, the one that was like a paint. And yet even it was better than the Charlotte Tilbury Legendary Lashes. The difference is obvious in photos. The Marc Jacobs mascaras both gave super long and lush eyelashes. Update Sept 9/19: I have to report that this has become clumpy and unusable. Today it would not work properly as it is drying out and too thick to apply properly. I don't think it's worth the extravagent price if it's only great for a few weeks. I'm lowering my rating to 2. I will not buy it again! If and when I buy another high end mascara it will be Chanel. Update Nov. 14/19: This has completely turned into a thick, unyielding glob. I used it one last time but let the record show it dried out in one month and thus I'll never buy it again.

I received a sample from Sephora and to me, this is not worth a full-sized tube purchase. I was really excited to try this because the packaging looked very sleek and generally, I love MJ products. First and foremost, this mascara runs like no other. Do not even think about using a primer or eye cream near your eyes, because it will smudge and flake everywhere. I used this on a work trip for the first time and my eyes felt irritated for the entire day. The formula is rather dry and clumpy, and it did nothing to lengthen my lashes or fatten them up. There were no voluminizing effects at all. I am really disappointed because I thought this would be much higher quality for the price point. Maybelline mascaras perform better than this. If you're looking for lash tint, this may be a good product. Otherwise, based upon the irritation and short wear, I cannot recommend this mascara to anyone.

I got this in a smaller size from sephora and I was quite excited to try it but it did not work for me whatsoever. My first problem is how bad it lasted on me. I applied it right before running a few errands in town, taking less than two hours. It was quite humid with a few minutes of rain while I was waiting for the bus, but that's no challenge to face for my normal Maybelline mascara. I felt my lashes getting wet and the rain dissolving the mascara so that it transferred to my finger when i touched it. I didn't realise how bad it was until i caught a glimpse of my reflection in the mirror though. It looked so smudged and bad that I was embarrassed to be in public with it. Of course I shouldn't expect it lasting that well in water, since it's not waterproof, but other mascaras do it way better. My second issue is that it also looked pretty bad on my lashes. I have really curled, long and full lashes naturally, so with that, it's quite hard for a mascara to look bad on my lashes. I have never previously experienced a mascara actually weighing down my lashes, but this mascara really did. I've seen other people complaining about it being clumpy though, and it can be, but if you work the wand the right way you can get a quite light coat while still building up the volume, so that solves that issue. I would not recommend this mascara to anyone though.

Got this in the smaller bottle. I like this mascara for a few reasons. One, it did provide length and volume to my lashes. Yes, there were times it got more clumpy than I would have liked, but pumping the wand a few times helped minimize this. The wand does tend to get gunky with product, but again, once some of the excess was taken off, no problems. I liked the wand itself, but would be ok if they experimented with some different packaging to prevent clogging and mess. I started by using this mascara on both lashes, but lately have found that this brand does the best of just applied to the top lashes - less fallout and smudging. I prefer Too Faced or Giorgio Armani for my lower lashes.

I received this as a gift from Sephora and have been wearing it for the past two weeks. I am not impressed - it goes on thick and clumpy and even worse, it smudges by mid-day. There are many better mascaras out there, many at a lower price.

This didnt give me a lot of volume : (

I am really disappointed with this mascara. Firstly, the brush is claggy, permanently gummed up with mascara. When I put it on, it leaves small clots of mascara on my lashes and glued them together. And then it flakes off during the day. I bought this as a treat and as it is, it annoys me every time I use it. But at that price, I’m going to have to use it up.

I strongly dislike this mascara. I bought it and it made my eyes itchy, and its also extremely flaky. I noticed black specs on my skin and around my eyes. I'm not sure if its as an old formula and needed to be thrown out, but no mascara should be flaking like that. Also, the applicator is cumbersome and impractical for applying to eyes. I strongly would suggest a pass on this one...

I received this mascara complimentary for testing purposes and i must say im amazed by this product. It gives such volume to your eyelashes in just a single coat that you can visibly see the lashes getting length and volume . I have worn it for almost 8hrs+ and did not smudge or irrate my eyes. Anybody that looking for a mascara that can instant lift your eyes should try this.

I got this as a sample from Sephora. Wasn’t particularly impressed with it from the start. But I soon realised how easy the brush was combing through my lashes without poking me. My lashes don’t get spidery yet it’s really black, thick, and lengthened. It clumps a little bit and smudges a little bit on the bottom of my eyes but it isn’t deal breaking. I received lots of compliments for my lAshes as well. There isn’t a specific look this mascara gave me, but it just does it decently.