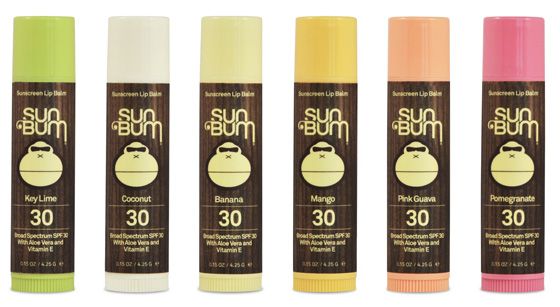 I made this account just to tell you this lip balm is so horrible. It stays on for maybe a minute and then after a few days your lips start to peel and bleed. My lips are 10x better without lip balm. This is like the opposite of what a lip balm should do. It just makes it worse. You can buy cheaper shit at countdown and it does a 10000x at keeping your lips nice. If you want a cheap lip balm that works wonders, https://www.thewarehouse.co.nz/p/blistex-lip-conditioner-pot-spf15/R989598.html?gclsrc=aw.ds&amp;?ds_rl=1268368&amp;gclid=CjwKCAiAu9vwBRAEEiwAzvjq--D0q3-x9CqPblpaaQAYpJcNbAwECj0mxdsZpvP0TwDjdx3gccPt7RoCxEUQAvD_BwE&amp;gclsrc=aw.ds

Won't buy this again. It's just the flavor that is good. After use, it makes my lips dry and a bit painful.

No no no no no. Returning this immediately. I got the banana flavor, and the scent/flavor is the only redeeming quality this balm has. Outside of that, it's greasy, doesn't sink into the lips, and lasts for about eight seconds before disappearing completely, leaving my lips even drier than they were before I applied it. Packaging is fine. Nothing special. And it's cheap. But it's far and away one of the worst balms I've ever used. Hard pass.

I wish I could like this product. Smells great. But the first time my husband and I used it we ended up with chapped, almost burned lips. We didn’t know if it was the lip balm or the sun. Cue months later and I stupidly decided to give it another chance, this time without theb sun. Big mistake. I don’t know what ingredient it is but it’s like my lips have been chemically burned. It’s four days later after applying one coat and they’re still dry, chapped, and damaged. DON’T BUY THIS PRODUCT!

I so wanted to like this stuff, and even drove a couple towns over specifically to get the pomegranate flavor from Ulta because none of the others appealed to me. It seemed okay when I first started using it, and appeared to sink in to my lips more when I dabbed it on versus swiping -- a &quot;less is more&quot; approach. But when I really put it to the test (two hours doing yardwork in high humidity), this balm just didn't hold up. I had to keep reapplying because it wore off so easily, and the oily consistency made it slide back into my mouth so I could taste it in all its artificial sweetener-esque glory. I got this for its higher SPF, so I can only hope it at least does its job there, but the experience of wearing it is not worth the sun protection. It simply isn't moisturizing enough.

Before I lost this I actually really liked it! I had this in Key Lime which smelled great &amp; didn't taste like anything, so I'm honestly shocked to see the reviews here. I thought people would find it 5/5, but I do agree w/ the majority who've reported that it's very oily-like.

This lip balm is just vile. I bought a mango flavour. Smells great but it tastes artificial sugar and is very oily. I would not recommend it at all.

I bought this for the summer camping season so I’d have some SPF for my lips. I have the coconut one. I would not recommend it at all. It’s greasy, too thin and it feels like it’s irritating my lips. My lips have been horribly dry the past few days I’ve been using it. My lips aren’t stinging when I apply it but they’re just so dry. The slippery feeling of this balm is off putting, it feels like you’ve just applied liquid oil to your lips. I’m disappointed because it was kind of expensive and I’m going to just throw it out. I wanted SPF for my lips and I LOVE my other Sun Bum products but this one is trash.

I went to Ulta to purchase a Sun Bum sunscreen and Sun Bum was buy one get one half off. This was $2.99 originally, so I only paid around $1.50, but still I feel like it was a waste of money. This is such a &quot;meh&quot; lip balm. It's unexpectedly oily because it looks like any regular lip balm in stick form but feels like a lip oil. I don't really mind the oily feeling in general, but it's not what I wanted in this particular product so I'm disappointed. I was drawn in by the cute packaging and the tropical flavors. The first time I tried this though, I was so unimpressed that when one of my cats took it underneath my bed, I didn't even notice or care until weeks later when I moved the bed and was vacuuming underneath it. My lips weren't even feeling bad but the other day I was like, &quot;I bought this lip balm so I'm going to use it up.&quot; I put some on and went to work. This stuff is so oily that it looked like I was wearing lip gloss, but I wasn't mad about it. The next day I woke up with chapped lips. I give it 2 stars because I like the fact that it has SPF and I actually like the banana scent (to me it smells/tastes like banana Runts.) I'll probably use this up next summer when I go out in the sun, but I'll only use it over the top of another more moisturizing lip balm.

I wish I would have read reviews before buying this. I was at Ulta yesterday and picked up Sun Bum's lip balm in Coconut. I don't mind the balm itself but it has a super sugary smell and taste which is a total turnoff for me. As I get older I find that I don't care for sickeningly sweet products and that is exactly what this is. Too bad, because the SPF is what prompted me to buy this, plus I am trying to find a CF lip balm. I will probably save this for occasions where I am outside a lot and try to use up that way. I won't be repurchasing this though. I am open to trying other Sun Bum products, just not this one again.