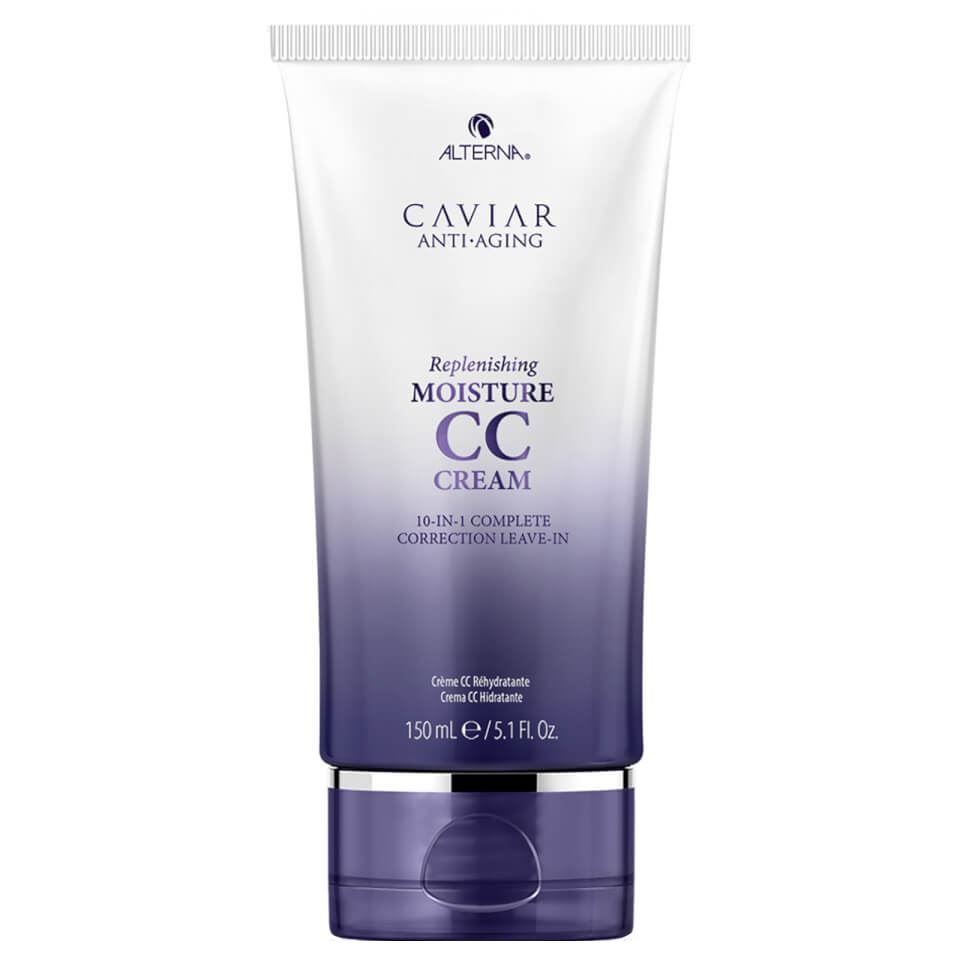 I have this in the thick hair extra hold...if I use this all over it leaves my hair with a strange texture...kinda stiff and sticky. But I really love it on just my ends...

Yes! I have fine, thinning, hair that is prone to be frizzy in a really unfortunate way, it's the kind of frizz that comes with hair that is miniaturized as it grows over time (hair loss related). I have tried hot irons to smooth, no luck. I've tried a lot of products from organic coconut oil to a wide variety of commercially available products & this is THE ONE that actually does something for the frizz. My hair looks smooth & silky & you wouldn't guess it's natural inclination to see me after I use this product. I only need a very small amount for good effect. I don't find it weighs my hair down or makes it need more frequent washing. I would definitely buy it again & highly recommend!

I was slow to warm to this stuff after receiving a deluxe sample from Sephora, mainly because I didn't like the smell. It wasn't awful, but I prefer a hair product that's not quite so fragranced. I used it now and then, mostly ignoring it, but this summer, with shorter hair and tons of frizz, and being overdue for a haircut, I thought I'd hold my nose and give it a go. And lo and behold, I have grown to love this. It feels like a light lotion, and yes, it has some kind of vague lotion-y fragrance, but it fades out and what remains is subtle, scent-wise. But I just use a dime- or nickel-size blob of this rub it all over my palms, and rake and scrunch it in damp hair. A few minutes later the natural wave sets and it reduces frizz and adds a bit of volume and shine. It doesn't really end up feeling stiff in the hair, either. Yes, it sets a bit, but it easily softens with just a touch or a finger scrunch, and it doesn't feel heavy, greasy, crispy, etc. It's turned into a really nice lazy day hair option: Have frizz, have flatness, have dullness. Oh, and it's muggy as hell out? I'll just rake a bit of this in and in five minutes my waves set and look kind of tousled and, dare I say it, kind of cute? Heck, I'm even putting off the haircut for another week (or two) thanks to this stuff. It's a bit steep in price, but for me it's worth it to just get this and not bother dropping $5 here, $4 there, $6 everywhere for something that will get used twice and then ultimately get tossed.

I think in comparison to my hair issues before, this definitely improved things, but not enough to justify the price. To me the smell is very weird, more chemically than I like, but at least it doesn't make my hair smell too much. I have to remind myself why my hair smells weird when I get a whiff though, which is unusual since people are always getting in my business smelling my hair otherwise. This is a nice light leave in for sure, but I think I also have too much hair to really get it through. No matter how much I try to work it through, it doesn't feel like it's distributed. I have very long hair with multiple curl patterns, waves and even straight parts, so take that for what it's worth. This did detangle amazingly well, and overall it is nice, just not for me. I have way too much hair to pay that much for a detangler, even if it it's a great one.

I currently have bleached platinum hair from a brown/dark brown, and due to using too many products with protein my hair is currently a bit on the dry side. This stuff has been great at giving moisture and shine to my hair without weight it down or causing breakage. It lasts most of the day as long as I don't run my fingers through my hair too much, and it doesn't smell bad, either.

Not good for my fine (but lots of hair) hair. My hair feels filmy and kind of dirty/stringy. I've tried using lesser amount but the results are still disappointing. Might work great on other hair types but didn't do anything for me.

This is my best friend seriously! This product makes my healthy, strong but a bit like horsehair hair looks and mainly feels amazing. I'll be honest, I have almost no demage on my hair since I stopped destroying my hair, but this product show me my new better hair. I just think about trying version with more hold since I have veery thick hair :)

I love this leave in to seal my ends while my hair is still damp. My hair is getting long enough where I can't just shampoo&condition or it'll be too dry. I wish I could use all alterna products but I would go bankrupt since I wash my hair a lot. This cc cream smells incredible & makes my hair so soft. I love it almost as much as the lengthening elixir (which is my must have HG above everything else)

I have fine, thin hair that is highlighted and I think this product is good for my type of hair but not fantastic. I am asking a lot it it - to make my thin, limp hair look alive and bouncy. I think it does a solid job of taming my frizz and making my hair look sleek but it does weigh it down a little. I can see why people with more hair and/or thicker hair would love this (I wish I had that hair and I would be all over this) but for the price, I need it to weigh my hair down less. I am not using a lot of product and I will keep trying to see if there is even a smaller amount that can work but as of now, I use this when I am going to use a volumizer to counter-act the weight it adds. It does wonders to eliminate the straw look and tame my frizziness but it does not quite make it to the re-purchase category for me (especially for the price as I mentioned).

I first bought this when I had long hair and thought it was meh, didn't seem to do anything. Now I've a got a really choppy long bob and LOVE it because it gives my hair moisture but also texture so my layers are more defined. My other products will make my hair soft but also fluffs it up so that it's really thick. This one helps keeps the choppy, textured style. It's shot up to my no. 1 leave-in conditioner.