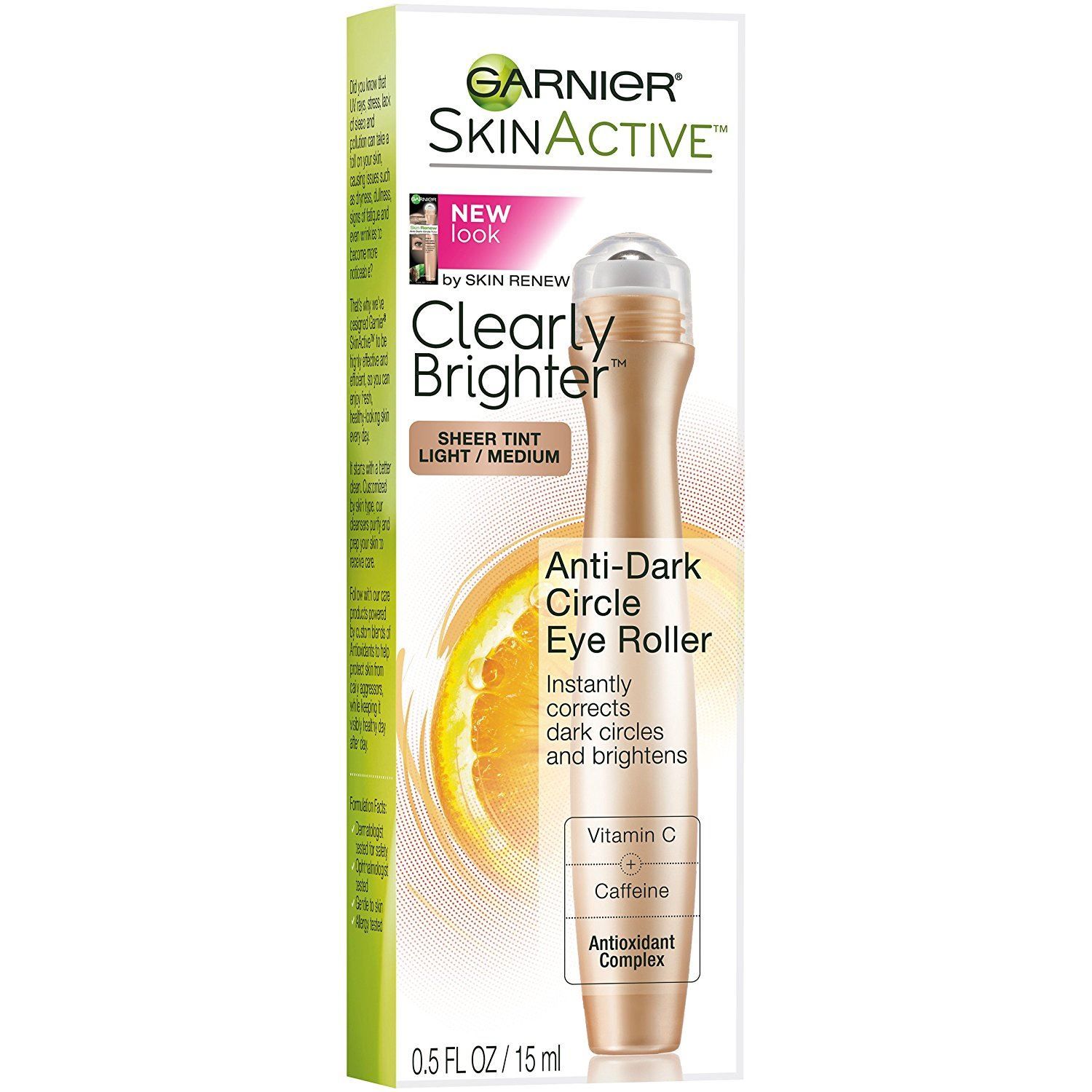 This product lasted me literally years, I do not do a full face of makeup but very minimal amount. This product was very liquid consistency and thin which worked for me but would not suffice for someone wanting a heavier conceal of under eye circles. I did like the roller which feels nice under the eyes and then I would blend with beauty blender or with my ring finger. Blends easily. I will try other products but this will be a back up for me.

I am really happy with this. Definitely better than the clear version. It's not super high coverage of course, but it leaves a nice smooths creamy colour and makes a nice base for concealer. I find it brightens and I would rebuy!

This was a fail for me. First, the rollerball wasn't very good. If I left laying down or ball side down, product would sort of seep out into the cap. If I tried to roll this along my under eye area, way too much product came out and I'd have to wipe off. Instead, I had to typically roll it slightly on one side, then dab/dot it onto the other so I douldnt get too much. So much for a cooling or refreshing rollerball! Second, the color wasn't super helpful and I'd still have to use concealer on top. It didn't hide darkness enough on its own, but also hid it just enough it looked like bad concealer on me. Third, for the two weeks I tried this I didn't have any improvement in darkness and my undereyes became slightly dried out. This sunk into my fine lines and clung to dry patches, making my undereye look really aged. Not putting anything on looks better than when I used this. Needless to say I returned since there was nothing I liked about this.

THIS IS THE BEST CONCEALER EVER FOR UNDER EYES. I have not found any formula or concealer that I like. They are either too dry, to cakey, don't stay put etc....so I FINALLY tried this one! IT is amazing!!! I find it covers fine, give me a little wake up....and it stays put....not greasy....not dry....doesn't sink into lines which I have some....JUST PERFECT!!! I will use this for ever. Threw my other one away....I roll it on...let it set on my eyes for alitte bit and blend in with my finger....it's totally amazing! Looks like nothing on but covers....LOVE LOVE LOVE

Don't really like the product but still unable to find replacement. Adequate coverage for when I absolutely need it. What really helped was getting more sleep.

I have both underye puffiness and dark circles; my dark circles are basically permanent, due to allergies and genetics. After trying the Anti-Puff version and being totally unimpressed, my expectations for the Anti-Dark Circle were low. However...it's actually amazing. It isn't full coverage (and, thus, doesn't look cakey), but it I don't look like death slightly warmed over while wearing it. You can still see just a hint of shadow beneath my eyes; it's really quite a natural look for me. I'm pale, so I thought it might be too dark, but no, it blends in perfectly with my undereye area. I have no idea what shade I have; I didn't realize it's a tinted product, and just grabbed the first one I saw. The product is several shades darker than my skin, but blends in seamlessly. I actually like Anti-Dark Circle better than I do my regular concealer. I do have to blend after rolling it on, but I don't mind!

I have been using this daily since I misplaced my Maybelline Instant Age Rewind dark circle treatment concealer. This anti-dark circle eye roller is okay. Initially upon application my eyes will burn and water (which doesn't happen with any other concealers) and the color is a little too orange so I pair it with another Wet 'n Wild makeup stick. But the used alone under foundation the coverage is decent and doesn't settle too terribly into lines.

It was years ago I saw this reviewed on Maskcara and I still use it. I must have bought at least 7 by now, they last me about 6-8 months of daily use. Most days, this is the only concealer I use (I don't have AMAZING skin, I'm just lazy!!). It is not full-coverage. It will not cover a breakout so I keep a cream concealer on hand for that. But I have very dark eye circles and apply this during my commute to work and on some redness around my mouth and I look ready for the day by the time I'm there. It's thin, the roller sometimes jams but I shake it and then it's fine. It works when my skin is dry, when it's oily, any season. Has not clogged my pores in any noticeable way, doesn't burn your eyes at all either. There are exceedingly few products I come back to time after time. This is one of them. For the purpose, I just have not found anything that does the job better. If there's ever an all-natural alternative, I'll jump ship, but for now I'm staying put.

I'm still not 100 percent sure on this one. If I could give it 3.5 lippies, I would. To be kind, I'm rounding up. I have dark circles and some baggage under my eyes. This has caffeine and vitamin C, which are said in some circles to improve the undereye area's appearance, which appeals to me, for obvious reasons. Paired with the little metal roller ball, application feels cool for a second, which I hope helps reduce puffiness a tiny bit. If nothing else, it feels nice. I also was pulled in by the sheer tint. The light/medium works well on my light skin, at least in the undereye area. If this was a concealer for my forehead or something, it wouldn't work so well, but for an area that needs a blast of brightness, it's right on. So far I like this. I'm in my 40s and have the aforementioned dark circles/bags, and I'm starting to see more lines around my eyes, along with a more crepe-y texture. It feels nice to use the roller to apply it, and it's not a thick, goopy formula, so it blends easily and seamlessly on me. Update (Aug. 2017): I've tried this for a while now, maybe three or four days a week. I've used it when I wear glasses, when my trouble spots are less visible, or without, when I feel like a spotlight is on my undereye region. So far I'm still in the middle on this. I don't notice any improvement in dark circles, but when I do use it, it softens the undereye area's darkness. It does not mask them entirely, but it does blur and diminish them somewhat, and it doesn't ever seem to crease for me. That last one is a real relief because it's not a lovely surprise to find the equivalent of crepe paper under one's eyes at 2 in the afternoon. So far I'm not noticing any major problems with it settling into lines, etc. I wouldn't say it's long lasting, but it's easy enough and liquidy enough to touch up. It does not erase my dark circles but it does buff them away somewhat and make them look a bit less prominent. (I know if I want a real, permanent fix, it's laser or surgery time for me.) But this does help, making me feel a bit less ghoulish, and I'd rather have the lighter coverage and less settling in lines than a heavier formula that just emphasizes trouble spots. I'm happy there's no real scent here, either, unlike some past incarnations of Garnier skin care. I haven't used it long enough to say if it's making any long-term improvements, like less noticeable dark circles, but I'll enjoy using this and finding out.