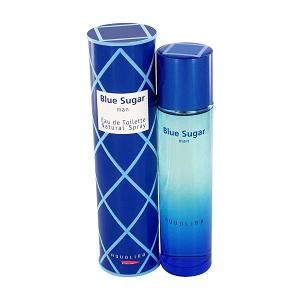 The mens variation of Pink Sugar. Its muskier and heavier. Its a very unique scent for men in a sea of citrus and woodsy blends, this one really stands out. The throw and wearability of this is amazing. And the Aquolina products are fairly priced.

***Discontinuedd*** I want to buy this, I really do but it was been discontinued and what product I can find is priced way way too high. Does anyone know a dupe for this that does not cost an arm and a leg?

To be fair, I really should've known this would not be for me, since I passionately hate the original Pink Sugar. But I was intrigued by the licorice in the description, and thought also that since it's marketed as a man's fragrance the whole thing might be toned down. When my samples arrived, the moment I opened the box I was practically thrown across the room. They were even bundled in bubble wrap, and it was still overpowering! So yeah, the strength is not lacking here. As for the scent itself, I can't even...all the sweetness of PS plus some generic cologne scent. I could smell some licorice to be fair, but I could not get this stuff away from me fast enough. I had to throw it in the outside garbage so it wouldn't permeate the house. I don't care whether a fragrance is geared toward a man or woman...I like some &quot;girly&quot; ones and many that are thought of as unisex. That's not the issue here. I don't care who I smelled this on...I would honestly have to stay a mile away from them. It could be the hottest, most awesome person ever, and I'd run away screaming before I puked all over them. I always want to add the caveat here that I'm not discounting the fact that body chemistry can change scents radically. So if this works on you, awesome, truly. :)

Men, please wear this. While at work a man came into my shop wearing this. Sexy. I didn't even think for a moment he may be gay. Sexy-licious. It smells like graham crackers a bit.

Gorgeous! Quite A feminine scent. Its as though the cloying notes of Pink Sugar - the heavy vanilla and fruits have been taken out. Whats left is a warm chocolatey/patch licorice. It reminds me of A Star Men but Blue Sugar is subtle and soft. Plus it lasts all day long.

What a lovely unique scent, it's sweet yet spicy and really lasts,simply love it love it.

When every my hubby puts this on - he know he can get away with just about anything.. I find it hard to believe this perfume for women - but on the right man... OH LORD!! I have always been addicted to liquorice - having hubby smelling like a hot chunck of my favourite sent.. well do I need to say more??

After reading reviews on this, i had to try it for myself. Luckily, one can find the larger size for pretty cheap nowadays. I agree that it smells very similar to Angel, which I like and am out of, so score on that. I primarily smell the vanilla, patchouli, and what they list as &quot;cedar&quot; (or a woodsy smell) - but it is also very reminiscient of Pink Sugar (but more complex, as noted in below reviews). The atomizer produces a very fine mist, which is nice. I am really glad about this purchase. And yes, I too, am a GIRL!

I'm not much of a fan of sweet scents, or licorice, but I love this! It reminds me of ginger snaps. The cotton candy and licorice blend seamlessly and make this a wonderful scent for men and women. After trying this, I might try Pink Sugar.