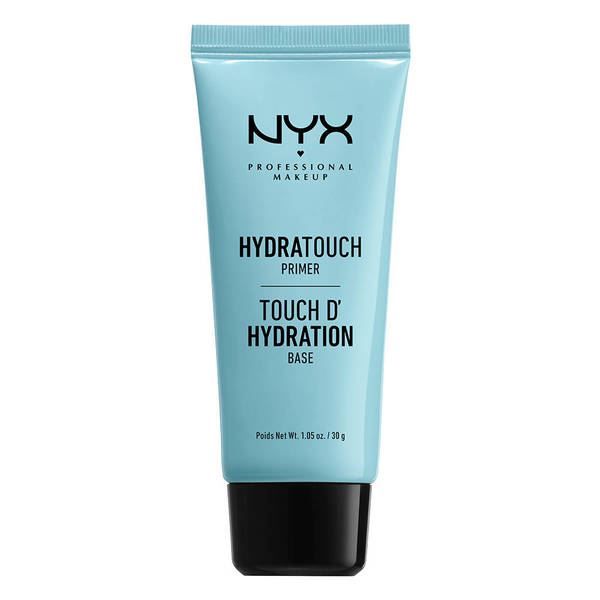 In a previous review on the ELF Mineral Infused Primer, I noted how much I hated primers. Put simply, they clog my skin and break me out, regardless of the foundation I pair them with. A makeup-savvy friend asked if I had tried a water based primer as an alternative and, after a quick Google to find a reasonably priced option, I thought this was worth a go. Google lies. This still has silicones in it. As a result (yep, you guessed it), after a few wears, I adopted dreadful closed comedones...AGAIN. I made sure I paired it with a foundation I have used for years (that I know doesn't cause any skin aggravation) so I could be 100% sure. I also ensured my skin was clear and blemish-free to ensure a thoroughly fair test. So, overall... Did it prolong my makeup? No. Did it look smoother? No. Did it look hydrating? No. Moral of the story: Primers are just not for me.

This primer is pretty great, but it has some drawbacks. As the previous reviewer (katmae24) mentioned, it's a bit greasy, yet lightweight. It might sound confusing but that's basically it. When I apply it, it quickly sinks into the skin and feels refreshing. But as the day goes by, I feel that my face is greasier than usual and I feel the need for more powder than usual. I found that using a pretty small amount keeps my skin hydrated enough and less greasy. But it's still not perfect. (I have moderately oily skin with a tendency towards dehydration, especially now in the winter, which is why I bought this.) It also seems like it smooths the skin out a little and it gives it a bit of luminosity. I have used this with silicone based foundations (Revlon Colorstay, Estee Lauder DoubleWear, MAC Studio Fix Fluid). I thought it would be relevant to mention as I've found some primers don't work too well with silicone based foundations (strangely, Too Faced Hangover RX that so many rave about created a weird texture when I used it with those foundations). The texture is smooth and it feels like a thin lotion. It spreads very easily across the skin, but also dries rather quickly. I love the smell. I would describe it as aftershave and some plants. I didn't make it sound so attractive but I love how fresh and natural this smells. :)) The packaging is ok, I like that they put it into a plastic squeeze tube, it's hygienic, easy to use and travel-friendly. The price is ok, perhaps on the more expensive end of drugstore. Most NYX primers are pretty great so I don't mind paying a bit more. I might repurchase in the future, but I am unsure, since I recently tried Primerizer and I think I might like it better (less greasy yet hydrating). The NYX primer might be a bit more hydrating and overall better for people with very dry skin, but since my skin is on the oilier side I might end up choosing Primerizer.

Tested this once, and am holding off until drier months to retest. I have combo skin, but lean shiny/oily. This is a more dewy primer (moisturizing) and since it's summer/humid when I tested it, it made me a bit more greasy than I'd have liked, so I'm leaving it at a three lippie until I can test it when my skin is drier. It's very lightweight - I almost thought this was a dupe for the Smashbox primerizer (which I love) but it's not. That I can use right now in the summer and it doesn't make me as dewy as this does. It didn't make my makeup cake or anything, nor is it scented, so I think it's a decent primer if you are looking for more moisture. Did not break me out the day I tried it and it also contains Niacinamide, which is a great bonus for your skin. I think the price is good - and it's over an ounce.