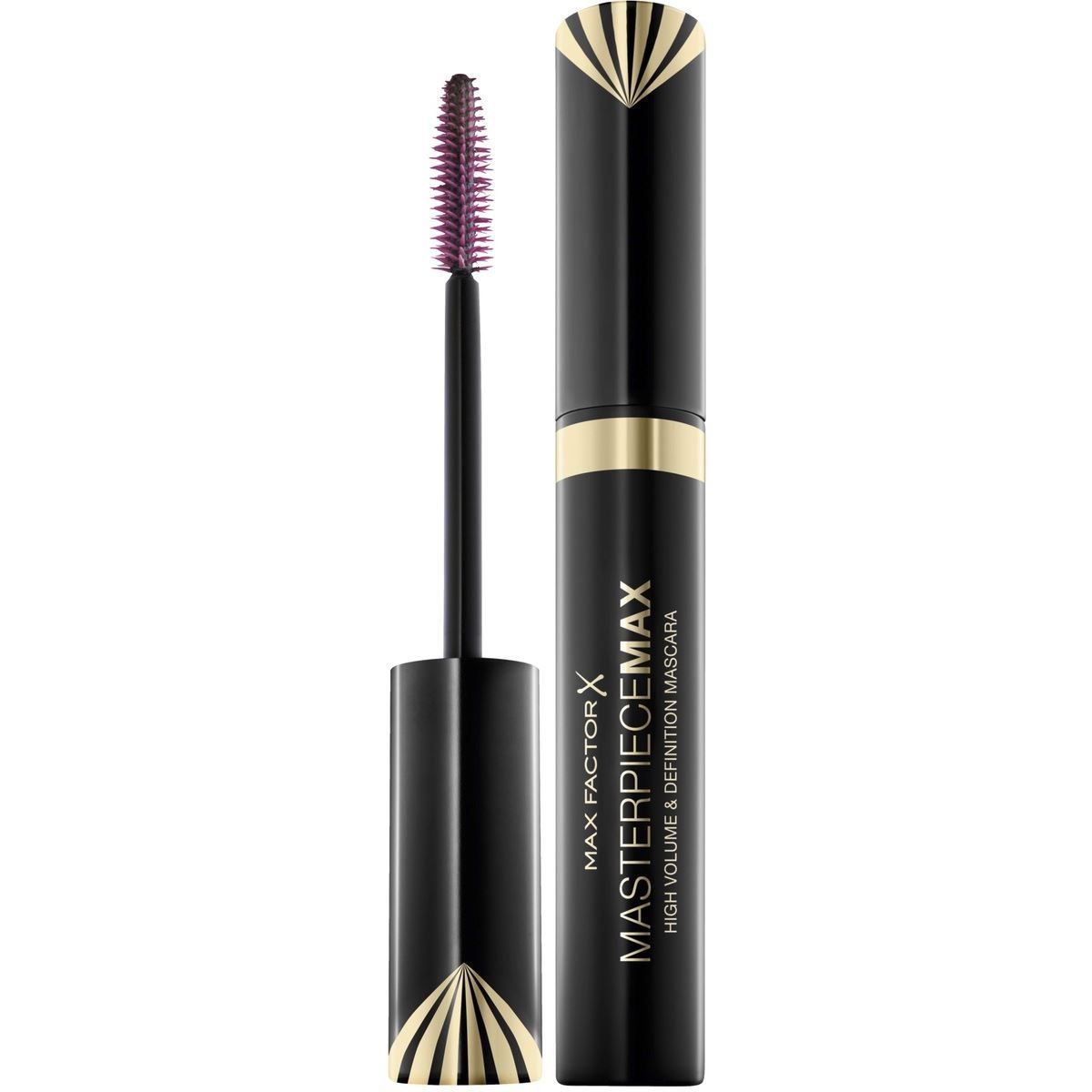 This was a fairly standard mascara for me. It did a reasonable job of lengthening my eyelashes, although I wouldn't go so far as to say it did anything in terms of volumising them. I wasn't overly keen on the wand which was one of those thin, plastic things, as I found it made the mascara clumpy on occasion. It also took a little while to dry down completely once applied. I didn't notice any significant transfer during daily wear, which is a plus for me as most mascaras tend to do that on me (even waterproof ones). Overall though it didn't wow me enough to want to repurchase it.

I bought this while vacationing in Europe and with the Canadian exchange rate the Max Factor mascaras are almost as expensive as the high end ones sold at Sephora, so not drugstore prices. I had heard so much about MF mascaras over the years and decided to buy 4 different formulas. This one, like the other 3, didn't do much to my lashes other than tint them black.

I have loved this ever since it came out, along with 2000 calorie. Both worked better for me than high end mascaras, at a much lower price. These are also one of the rare mascaras my sensitive eyes can tolerate. I have found for dramatic effects they should be applied in quick movements, by quickly moving the brush up against the lashes (press the lashes down against the wand when the wand goes up against the lashes. You get the entire length of lashes coated that way), and also avoiding applying on the exact same area several times but rather moving the wand horizontally along the lash line, section by section. This way the lashes don't stick together, are better separated and fluttery. My pics (images 6 and 7 out of 8) are gritty but you can still tell there's considerable length and volume, after a long day of wear (as proved by my shiny forehead and oxidized concealer :-/ ). Never has this flaked on me ever, in all those years. It is a wet formula that dries quickly after application, but if you're doing a more dramatic look you'll likely smudge it around the eye area. I just make sure to apply before eye shadow, and to wipe mistakes off with a q-tip. It takes quite some time if you want an intense effect, but when i wanted huge lashes i spent more time on my eyes than the rest of my face together anyway so that never bothered me much. Two coats will still have a nice effect. It's very similar to 2000 calories and More Lashes, except those had more emphasis on volume (still giving impressive length) and left lashes full and fluttery with no clumps. Not sure they're still available though. A great replacement that also curled impressively was their False Lash effect in the pink tube. I can only find the purple tube these days and it's not as good, though it's okay. Have been repurchasing for ever, and recommend.

Absolutely amazed by this mascara, the best so far. After tried &amp; tested several drugstore &amp; high-end mascaras, I was a strong believer of Clinique mascara. It never gave me the length or volume I longed for, but at least it never smudged on my tiny hooded eyes. But then, a question raised - it always got dry &amp; clumpy just after a month &amp; a half use. Is it worth it, is it. . . ? So I searched &amp; read online reviews and this mascara seemed to be the winner. Sure, the package looked rather boring &amp; dated, no pretty cute adverts, also this is my very first Max Factor. I was willing to go along with it as long as it didn't smudge on me. The result was amazing. It gave me more length &amp; volume without getting spider's leggy effect. My lashes were still soft, not crispy solid like Clinique's, yet it didn't smudge for 12h wearing it. With a half of the price I was spending on, this mascara doubled my satisfaction. I also love the brush, it combs and keeps my lash oh-natural but visibly longer. I hope they'll keep its formula &amp; brush as it is!

This mascara was ok. The formula is a little flakey after a long day, and I don't love the wand because it's so HARD. But it was ok.

Wouldnt buy it ever again. No volume, no lenght and I have nice natural lashes. After that I bought essence lash princess mascara which was three times cheaper and hundred times better then the max factor.

I love it! Much more than the regular masterpiece. The ‘max’ version gives it all: length, volume and curl that stays all day. No flaking or smudging. Beautiful lashes from morning till evening. Very nice mascara that beats lots of the pricy high end mascara’s.

I haven't seen Max Factor in 6 or 7 years and I thought it had been discontinued in the U.S. but low and behold here was this mascara. Was this the most amazing mascara I ever tried? No. But I enjoyed using it very much. I really loved the tapered brush because it allowed you to get every single lash including the inner and outer corners and the lower lash line. This mascara is very easy to apply too. Between the wonderful tapered brush and the not too wet not too dry formula I had complete control and no mascara got where I didn't want it to. An important quality for me in a mascara is its ability to hold a curl and this mascara definitely holds a curl beautifully and it lasts all day because the formula isn't too heavy or wet and therefore doesn't weigh the lashes down. I also like that this mascara leaves your lashes feeling soft almost like Maybelline Full N Soft mascara so there are no dry and brittle feeling lashes. This formula is not waterproof but I didn't notice any major smudging. This mascara claims to offer &quot;high volume and definition&quot; and it definitely defines and separates the lashes nicely without clumps but it doesn't do anything extraordinary in the way of volume. If you are looking for full high impact volume without too much clumping then I would recommend Super Sizer by Cover Girl which is my favorite volumizing mascara. All in all this mascara holds a curl, defines and separates the lashes, and has a nice brush design that makes it easy to apply. It may not offer anything super dramatic in the way of volume but I think it's a good everyday mascara and I would repurchase.

I thought I'd end up loving this, since I've heard nothing but great things about Max Factor's line of mascaras. Boy, was I ever wrong! This is one of the WORST mascaras I've ever used. Now, I have medium length eyelashes, but it takes a LOT of work to get them to look good. This mascara does not help my lashes one bit, in fact, it looks like I'm not even wearing any! This is after curling them with my brand new eyelash curler. I'll stick with my $5 &quot;miracle in a tube&quot; NYC Angel Lash mascara, thank you! Needless to say, I won't be spending a dime on Max Factor anymore.

During pregnancy, my lashes fall out and get stubby. It seems like almost every mascara I use makes my lashes clump together too. I recently heard a lot of good things about this mascara and gave it a go. IT IS AMAZING! My lashes stay curled all day plus look longer and fuller with no flaking or smudging. I'm so glad I tried this out before resorting to other HE options.