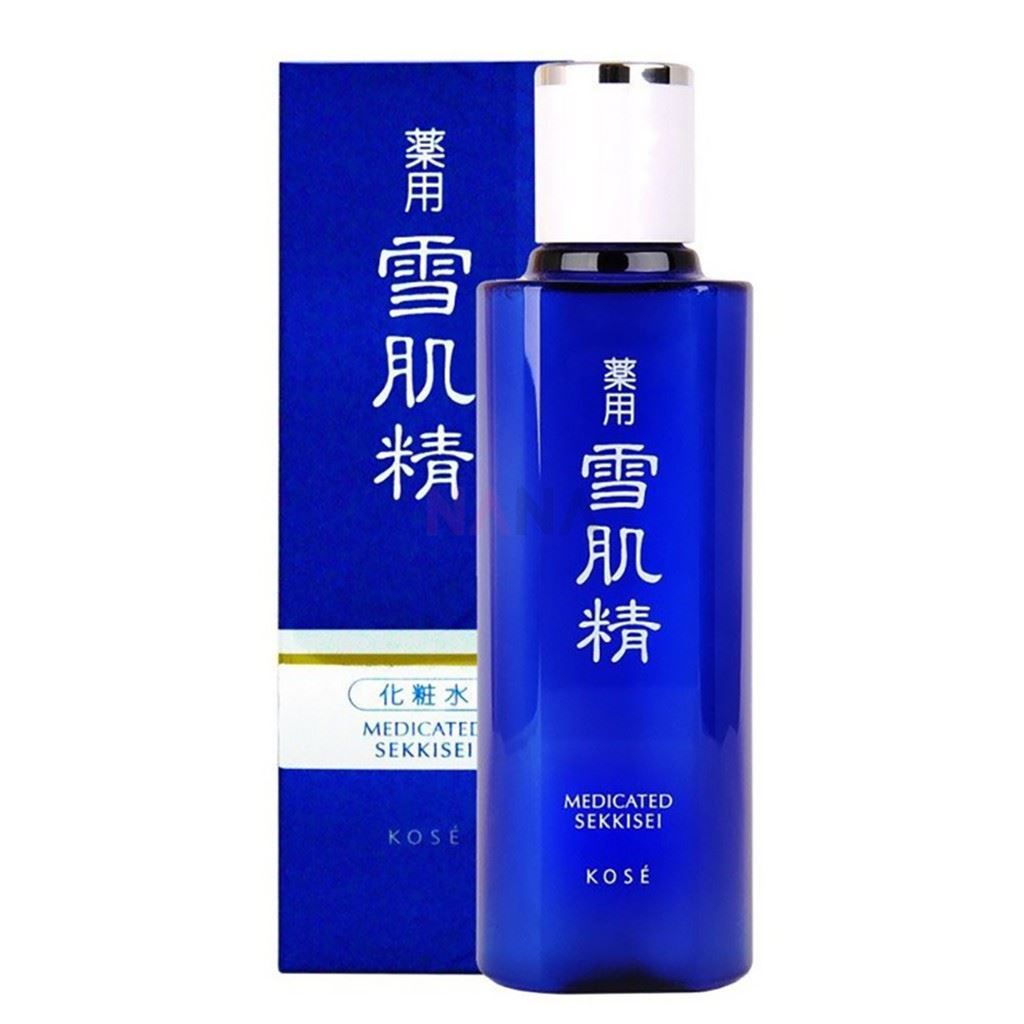 Such a good product if your skin is dry dry dry! What I learned about my skin is that it’s dehydrated so that’s why it produces more and more oil. Which results in clogged pores always. I figured Japanese beauty always combats this with more moisturizing and they can’t be more right! Love it and will continue using it!

i use this on night so far it does its job, but not very drastic my skin does feel brighter and hydrated when i wake up i buy it when i visit japan, since it's available everywhere in store such as matsumoto kiyoshi not the best, but it's good

I have gone through several huge bottles of this, and overall this entire Sekkisei line is fantastic. I use this toner/lotion (in japan toners are called lotions), along with the emulsion moisturizer (light moisturizer) and gel cream (a bit heavier moisturizer for night or winter use). I do also own the powder wash (apparently, I totally forgot I had it until I was decluttering this weekend LOL), but my problem with that is that it comes in a bottle and since I like to wash my face in the shower, it becomes really difficult using the powder wash out of a bottle without getting water/moisture into the bottle. In any case, I've had a lot of issues with US/western brand toners. Almost every single one I've tried/used in the past have been surprisingly stringent and rather harsh on my skin (even when they're not supposed to be for oily skin). I've tried 2 or 3 different Lancôme ones that outright broke me out (the ones that came with gwp) on top of feeling stringent. Back in the days when I first started working and started buying skincare and makeup for myself I used the Clinique 3 step and that was rather harsh, possibly because I typically have oily skin and I might've bought the oily skin set. I have also tried a bunch of other lotions/toners from other Japanese brands, and in general those seemed to have not done much for me even though they didn't break me out or feel harsh. The closest so far that I've experienced from western brands may be the Caudalie Beauty Elixir spray, but that's a facial spray and not a toner, technically. What I particularly love about Japanese toner/lotions is that it seems everyone in japan is more obsessive with maintaining moisture rather than stripping your skin of oil. The idea is that if you're dry skinned, then you need moisture. If you're OILY skinned, then that's your skin over producing oil because it's too dry - so you STILL need moisture. I think perhaps because in Japan 99% of the population is Asian, thus it's very Asian skintype specific. Not a lot of people experience the &quot;flakey dry skin&quot; that westerners sometimes have - almost everyone have skin that produces oil, thus every moisturizer/skin product that's meant to maintain moisture uses oil-free manner of moisturizing. This toner is incredibly refreshing with a lovely light and refreshing scent that's not at all overpowering. it feels like cool refreshing water on my face, and I never experienced stinging or breakout or any dry feeling after this melts in. It also absorbs super fast. I normally shake this directly into my palm, rub my hands together, and pat onto my face. I used to use cotton pad, but I find that it wastes a lot of product, and using my hands directly feels a lot better on my skin. Have I mentioned how refreshing this is??? This is decently pricy, the larger sized bottles run around $50~? Pricing can be hard to say since this brand is not sold directly in US - previously I was buying directly in japan. This brand, despite the price tag, is actually considered &quot;drugstore&quot; as opposed to department store, so in Japan you can run into a lot of sales. I've purchased the large bottle of this for as little as $35 ish converted, after percentage off sale. On sasa.com where I last purchased a replacement bottle, it was $45 for the 350ml bottle. It's a bit pricy, but last a really long time even used daily and rather generous use. The one I use is the blue bottle with white text - there's another one that's blue bottle with gold text that's called the &quot;Excellent&quot; for extra moisture for older skin I think? I never tried that one. I think this is pretty comparable to SK-II's Facial Treatment Essence which is $$$$$$$$$, and I find Sekkisei to smell much better and more refreshing. SK-II's smells initially a bit like sulfur/rotten egg... &gt;.&gt;;; I've used SK-II extensively for period of several months, and I didn't notice that my skin was dramatically better with that. What did make my skin see dramatic difference is when I swapped from the SK-II Stempower/RNA Power serum to Lancôme Genefique and Skinceutical B5. Genefique and Skinceutical are WAY better - but that's for a totally different review lol. After trying so much skincare when I was in japan and also in US, I think I've gotten to the point where I know what my HG is - and this definitely belong in my HG power set. I'm super glad that Sasa sells this so I can access it even when I'm not traveling to japan!

Not for acne prone skin, it's too harsh, but i think it did brighten my skin a bit.

I tried this product and love the result. I have an oily skin type but it didn't make my face more oily than before. I felt this product helped even out my skin tone but the problem is price. I can only afford the travel size bottle hahaha but I know mostly good results comes from expensive products

It made me breakout!! Especially when i already had acne. Made it worst. :(

I already use this sekkisei lotion for 6 years, this toner really works on my skin. It brighten and always keep my skin moisture. It's quite pricey but it worth. I can use a bottle for a year..

Quick to absorb but doesn't dry my skin. Slight brightening. Will consider to repurchase since it is not too expensive. An alternative toner to missha treatment essence.

My favourite toner ever, although this product contains alcohol, it really moisturizes my face..I have tried other toners (eg estee lauder and sana) but none of them are as good as this kose toner.. this toner can also be used with face mask..kose has 2 types of face mask, the more expensive one has better quality and it works really well with this toner. Also,it is cheaper to purchase this in Japan (their drugstore or duty free).

As a guy with oily skin living in hot humid Malaysia, this lotion is a god sent for me. It is cooling and refreshing but provides ample moisturising n hydration for day time use. I do not use a moisturiser in the daytime as the weather makes most moisturisers melt and end up making my face shiny n greasy by noon. After cleansing I apply this using my palms and pat it in until absorbed. after that I apply a sunscreen with some hydrating benefits. After 2 months of use I feel it helped calm my acne prone skin down and it did brighten my skin somewhat. The suggested application method is by cotton pads but it didn't work for me. Firstly the lotion finishes up faster . Secondly the cotton usually gets caught in my facial hair/stubble. The Sekkisei Lotion also works very well as an after shave. no burn which means the alcohol content is not that high and not greasy unlike other aftershaves. The only con is the price which isn't that high but the problem is it increases every year by around 5%.