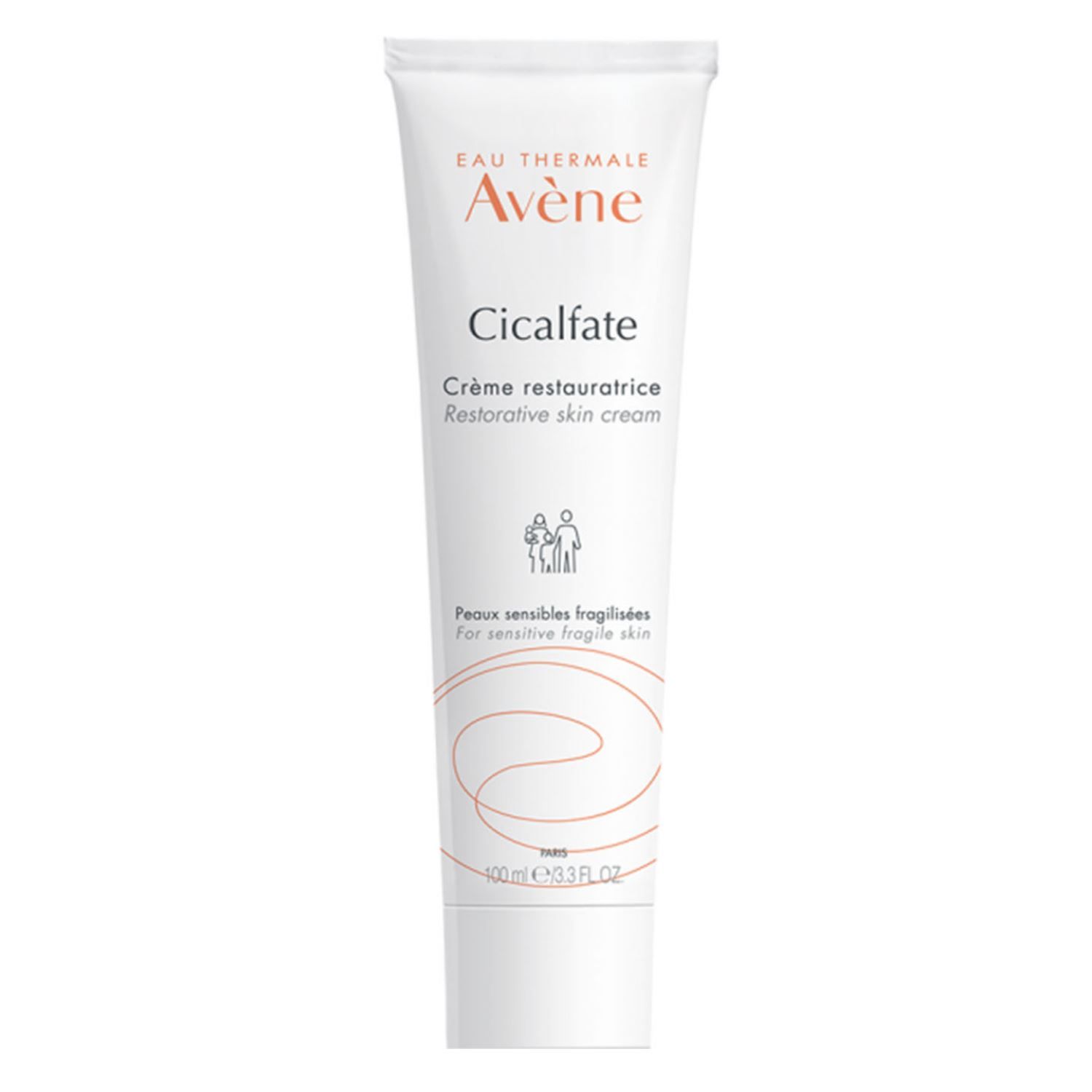 About a year ago I developed a dry, red, flaky patch around the left corner of my mouth that didn't clear up for months. To this date I'm not sure what caused it, but I'm suspecting it was either an allergic reaction to Dermalogica's Multivitamin Recovery Masque, or a beard rash. I felt like I'd tried everything when I came across this product. I can't remember what made me buy it but I did and was amazed by the result - my dry patch cleared up within days! Since then it's been standing in my bathroom shelf until recently when the unusually cold winter led me to look for something to replace my usual almond oil as night moisturizer. So far I'm happy with the results. This cream is very heavy and while my face is quite greasy when going to bed I always wake up with supple skin that's even in tone. It seems that the dehydration lines I have around my eyes have decreased a little as well. I highly recommend this product.

I have been smoking too much hash and it makes my eyes really puffy all the time, especially when I wake up. I drink a lot of water, eat healthy food and run 45 minutes a day, tried tea bags, ice packs, cucumber slices, but it didn't get rid of the puffiness. I had a tube of cicalfate that I had never used before and I decided to try it under my eyes. The puffiness is definitely reduced after about a half hour and a spot that I scratched is less red. I think it does what it's supposed to do. I'm careful not to get it too close to my eyes. I think if I get any of it in my eyes, I'll be right back where I started.

This actually SAVED my skin...I've been using since I was 15 to heal pimples, cuts, scratches and more less every terrible mess on my face I made (all apologies to my skin for suffering that much, now I'm more careful :) and to fade my acne scars. And I tell that it's awesome. It doesn't make wonders, so do not expect a scar to heal within a week, but it's miracle when being compared to other healing treatments. It has a healing power of a well made pharmacy ointment, but it's not greasy, which means that it kill the bacteria without breaking you out and calm the inflammation (stops that stupid transparent/yellowish liquid pouring out of your inflammated pimple. Well In highly recommend it to acne-rpone girsl as a healing product! And one a little bit silly thing to add: I like the fact that it's white - when you're not wearing make-up for example while being at home and you put this on spot, it covers it quite...for me it means that I feel less ugly passing the mirror :D

I wanted to like this product much, but it broke me out &quot;in one hour&quot; in first and second trying, very very bad product for my sensitive skin. I stopped using it. Maybe I will try it on my lips :(

I adore this product. I can not imagine my life with out it. I have very sensitive and super dry skin around my nose. This is the only thing that helps me. And I tried Every. Thing. After using Cicalfate I feel like my skin is drinking that stuff! I don't mind a little thick consistency, in fact I find it soothing and I honestly can't believe a miracle like this existed. I brought myself two huge tubes of it from Europe (I have not seen such size available in Canada) and I surely will buy more and more and more. Forever!

Update oct 19th 2013: I just bought what I think is my 7th or 8th tube since purchasing my first one in dec or jan. I pretty much go through one of these babies a month, and preach the gospel of Cicalfate to anyone who's prepared to listen. Love it and pray they never discontinue/reformulate. Original review: My skin is dehydrated, easily irritaded by things like dry or cold weather, new makeup products and stress. My cheeks have hyperpigmentation from acne and I break out randomly - so I'm not always excited to try new creams or products, because if they don't fit my skintype they just wreck havoc and I'm left with either pimples or dermatitis. Also, this winter has been very cold and dry, and the air in my apartment is also very dry. Happy skin? Not so much. For my skin, this cream is a miracle. I got it to try and treat a stubborn flareup of dermatitis under my eyes, and started putting it around my mouth and cheeks to see if it would help with flakiness. My dermatitis was gone within a week, and the skin on my face felt smoother than ever. I've been slathering this cream all over my face twice a day for a month now, and the results are fantastic. I think my skin is as close to &quot;normal&quot; as it has been in 5 years, pretty much all thanks to Cicalfate. Even though the cream is quite thick, it sinks in completley and leaves a matte/neutral surface. (Not sure if that's bc my skin is very dry or the product just does that for everyone) I've gone through almost an entire tube in a month, and I will definitly repurchase. Wonderful, wonderful product.

MUA does it again. I read the reviews here about this product and went to the drugstore to inquire about it. The cosmetician did warn me that it has a very thick consistency. I asked if it would help the redness associated with hormonal acne and she said it's not meant for that, but rather for skin recovering from laser surgery and that sort of thing. I would need to try it and if it didn't work, then to bring it back with the receipt. So I plunked down $20 CAD for this tube and I'm glad I did. I happen to have some rosacea on my cheeks and this cream helps reduce the redness there and it has reduced the redness from my hormonal acne along my chin and nose area. A little goes a long way and I just dab it on and let it soak in. Thanks MUA'ers! You guys know what works! EDIT: I think this stuff has been making me break out in a big way. It's too bad because it does help with the redness in my cheeks but not at the expense of big breakouts. :-(

UPDATE: I have now received the one I've bought for my mom. I will update this from time to time, when there are important changes in her skin: After 3 days: there's already a quite big difference in her rosacea. She had A LOT of redness on her cheeks and jawline where there were a lot of under-skin pustules. At this point the redness has reduced incredibly and the size of the pustules have reduced, but they are still red, just not the skin around them. At this point only the redness has been reduced, but the sore feeling of the pustules hasn't decreased yet. . After 8 days: My mom said she no longer felt her face was as painful - the big acne-like things on her face had became flat and her skin is getting actual skin-coloured (instead of dark pink) around her cheekbones, but the apples of her cheeks and jawline are still quite pink. We have found that this product works much better when applied over a popped acne than not - it may or may not help over not popped ones, but will in almost every case help over a popped one. We &quot;pop&quot; the pimples by using a tweezer and carefully rip a hole in the skin instead of squeezing, because there's a much greater chance of pimples rupturing inwards if they are being squeezed. . After 12 days: No painful sensation in my mother's face anymore! The apples of her cheeks and jawline is almost not pink anymore, except locally, where the big &quot;acne&quot; was. At this point people have started noticing that her face looks much better and she's very happy about the results :) I would highly recommend this product for people with sensitive skin and rosacea! Mu mom said she never thought it would be possible to better her condition so easily and so fast :) . 20th mars 2013: My mom says she has has problems with her skin lately again, but she says that it's almost only on her jawline. I guess, it's hormonal acne. She says this helped her cheeks a lot, where she has rocasea, and helps keep her skin clean most of the month, but the (most likely) hormonal flare-ups on her jawline, this isn't able to handle. END OF UPDATE . I love this! I've only had it for a week, but it already has gotten rid of my very persistent pimples on my temples, chin and forehead (I've had the pimples for about 1,5 month and not managed to successfully get rid of them in any way!). It has also gotten rid of some kind of allergic reaction on my lips and an area on my neck with an inflamed follicle. . This cream works SO fast (you can sometimes notice a difference in just an hours time) and you need a very small amount of it - the tube could last for ages if you keep it in the refrigerator! I love that this inhibits bacterial growth without drying out the skin at all - I have dry, sensitive skin and medication that worked by drying out a pimple would leave me with a dry spot for at least a week. With this I'm not even tempted to pick at pimples since I know I can use this and they'll be gone much faster! This actually even works for the hormonal pimples I sometimes get :) . I've already bought one of this for my mom - I think her rosacea-skin should like this too :) . There are a couple of ingredients that bothers me in this though: - hydrogenated vegetable oil (saturated fatty acids, as far as I know). This may not be the best thing for oily skin - beeswax - some people are allergic to it - mineral oil. Doesn't bother me at all, but some people may like to avoid it

I used an at home waxing kit (Anastasia's from Sephora) and ripped off a layer of skin above my upper lip. I was horrified. It was painful, oozing, and extremely red. I would normally just spread a lot of neosporin/aquafor on it but I came across this at a local beauty shop hours after my incident. I was afraid it was going to sting but it was incredibly soothing! I put it on right after the shower and it didn't even sting in the slightest... It is too soon to tell about the healing qualities, so I will make sure to update soon re: same.