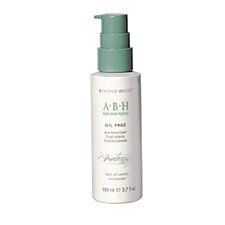 It's good for matting oily skin and for a gentle beta hydroxy acid to promote cell regeneration and reduce fine lines. It's not good for winter time as it's not very moisturizing but great for summer (I live in Florida and have oily skin).

My HG moisturizer. I am in my early 40's but still have extremely oily skin, especially in the summer. I need a bit of moisture to hold the wrinkles at bay but don't want to break out or become an oil slick. This moisturizes but doesn't leave me looking oily or feeling like a used frying pan. I've been through multiple bottles. They did recently change the packaging and the labeling is different. It may have a slightly more gel texture than the old one but so far it absorbs fast and feels like the old one. Love it!

This is going to be in two parts, the old formula and the new formula. The Old Formula: I made this purchase the first time when I saw it on the Sally's Clearance rack while searching for a new moisturizer. It was dirt cheap and I decided &quot;why not?!&quot; and picked it up and took it home. When I finally used it, It was much thicker than I was used to for a facial moisturizer and it took a long time to settle into my skin. I was nervous about break-outs and became reluctant to use it anymore. I kept using it however, when I realized that no breakouts were happening. I actually noticed less breakouts and more glowing skin, as well as a significant decrease in flake-y skin around my chin, cheeks and jawline. I decided to go back to Sally's in hopes of finding the product again. When I went to Sally's, I found out that the reason the product was on sale was because Beyond Belief released new packaging. The Lady at Sally's gave me a &quot;cheat sheet&quot; to find the new release of the product I had previously used. She swore up and down that the products were the same, just in different packaging. So I went out on a limb and trusted her, bought the product and went home. New Formula: I opened up the package and decided to swatch them side by side to see if there were any visual differences, and wow-ee. These products could not be visually and more different unless one was colored. The original formula is thick, creamy and an opaque white. The new formula is almost like a white cream-gel and is semi-opaque. As soon as I saw this, I was nervous, but I tried it anyways. The newer formula absorbs significantly faster into your skin, almost leaving the feeling of &quot;I need more&quot; to my face. It also gives a more tight feeling to my skin once it finally absorbs than the previous formula did. Once a little more time passes, my skin feels exactly the same as it did with the previous formula. So over all, I feel that the &quot;two&quot; products still do exactly the same thing, they just do it in different ways. Now that I have gotten used to the creamy texture of the old formula, I miss it. But I feel I can get used to the new formula just as well.

I have been using this for a year now and this is the best moisturizer I have ever used. I have adult acne and I use this morning and night. This makes my skin supple and even toned. The feel of this moisturizer is so moisturizing and light. You can get this at Sally's. I LOVE THIS MOISTURIZER! UPDATE: DISCONTINUED THIS FORMULA!

I rushed over to Sally's Beauty Supply right after I saw a rave review of this moisturizer on youtube. I bought mine for $9.99 so it wasn't as cheap as the youtuber claimed for it to be $7, whatever, it's understandable. I go home and try it and the love it. The feeling of the lotion isn't moisturizing, actually more mattifying. Loved it the first night. BUTTTTT woke up with little hives (not red at this point) over my entire face, even under my eyes!!! I didn't stress it too much as it wasn't red, put on some tinted moisturizer and headed off to school where my friend points out that there was something really wrong with my face. I went home after school and checked my face in the mirror and to my horror, it had become huge red hives, very noticeable at this point. This was the only product I was trying out, everything else was regularly used products.

i personally did not like this product for the simple fact it broke me out... :(. i was actually surprised considering all the good reviews i read, but me and this moisturizer did not get along, after about 2 days i noticed i was breaking out. i normally dont break out unless im on my period, and i happened to be on my period and using this at the same time so i wasnt sure which it was so i waited till after i had finish and decided to try this again, and it sure as heck broke me out. i gave it a 2 just because it could be me and my sensitive skin, from what i read most people like the product but it just wasnt for me. on to continue my search for a good moisturizer

Great product after wearing it for two weeks I can see a difference in pore size and scars. My skin looks brighter and better and my acne is looking better. I started the acne.org regime and I use this as my moisturizer with jojoba oil because I was peeling a lot at first but this works great. I defiantly recommend it. Feels really sticky at first but once absorbed I feels smooth.

i absolutely dislike this moisturizer. i have combo oily skin. i used this last night and it was SOOO tacky. then, after it settled onto my face, it made my face feel so tight and dry. its not moisturizing enough, this would have to be for someone with extremely oily skin. i can see it sucking up the oil and staying matte. the smell, i cant get over the smell either. i totally regretted putting this on my face last night. returning it right now! tragic since the price is fabulous at sally's. 1 lippie for the awesome price.

I am really liking this moisturizer, which is a nice surprise when I didn't care for their intensive serum from this line (see my review). That serum was a huge disappointment, I bought it based on the ingredients I saw online and discovered it was different on the bottle. I still tried it out to see and it has a high alcohol content, it was really strong, felt like I was applying rubbing alcohol. Anyways, this had no surprises with ingredients versus what I saw on the web and I love the texture. It's quite thick so I was afraid it would be pore clogging and make me shiny since I usually go for a thinner watery moisturizer because of my super oily skin. This just disappears into your skin and leaves a nice matte finish. I have to be very choosy about which moisturizers to use because my skin is so oily and most make it worse. Even the ones that start out matte in the beginning will make my oily skin worse as the day goes on, my skin will be more oily than if I didn't use anything. Not this, it's not a miracle with oil control but I don't expect it to be. It doesn't make me more oily which is a big deal for me. And it's a great primer for makeup, I don't use liquid foundation, just a clear translucent powder to give me a matte finish but I also use blush and this just makes everything look so nice and smooth. I haven't been getting any breakouts from this, if anything it seems to be improving my skin and helping with breakouts. Not drastically but it helps. I use this with a glycolic toner by reviva and I think the combination is a winner for me. My skin feels so nice and smooth, I will definitely repurchase.