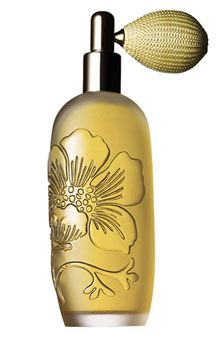 Ahhh, Aromatics. I can’t think of a fragrance that better represents the joy, the intellectual challenge, the beauty, the funk, and the continued relevance of Old Skool Perfumery. This is a five-star fragrance all the way... even if you don’t find it wearable :^) It’s a dry floral chypre loaded with patchouli and oak moss. It’s not for “old ladies,” it’s for old souls. On the right person, it smells clean, soothing, sexy, and intriguing. On the wrong person, it’s a litter box in need of scooping. You won’t know which person you are until you try it! I tried wearing AE in my 20s, as it smelled absolutely haunting and captivating on an older friend. However, it proved to be too much of an adventure for me at that age so I stuck to my peach and vanilla body sprays. AE finally “clicked” for me in my late 30s and we’ve been a hot item ever since. It has definitely been reformulated in the past 10 years, and not for the better, but it’s also not a complete disaster, and I still enjoy the “new” bottle I got in 2017. The new version is still AE all the way, just not quite as rich and lush as before. If you’re just wading into these waters— and they are glorious, so come on in— I would start with the Body Smoother or even just the shower gel. Those products are both highly fragranced and you don’t need to “layer” to get the effect. There is also an eau de toilette version marketed in England but available here, which is lighter and more sheer than the “perfume spray” (which is Cliniquese for eau de parfum). Masterful!

This stuff smells very strong & nauseating! ! I had received it as a free gwp a long time ago as a hand cream & I gave it to my grandmother & it literally stank up her entire apartment with one application! This stuff is potent & does remind me of a old woman's perfume scent! ! LOL!

I like this a lot. It’s perfection on my mom, but sadly not quite as good on me. That said, I still enjoy wearing it.

Well first off, I would encourage my fellow women to quit referring to any perfume as smelling "old lady." With a little luck we will all be old ladies someday and we will not necessarily smell of lilacs and attics. To me this fragrance is anything but old lady, it is sexy and refreshing and Men adore it....It's a steady in my rotation, you do have to go light-handed as you would with Angel but it's truly an amazing creation!

This is an amazing fragrance. I liked it better in the dupe form I got from eBay I guess the only taste I got is in my mouth. I have a purse sized spray. I went for Gabrielle chanel in my last perfume spree over this. I wished it came in a rollerball. It's cold, austere, wintry I can't wait to wear it in Fall! It goes well w brick lipstick (Clinique angel red?!). Too much can make you feel like you have soap in your mouth. I say wear it in good health!? Prost!! "Hast du nix von barbelchen gehört? Gar kein Wort" Makes me think of Goethe, Kafka, Herman Hesse (Heavy Literatur), soaring cathedrals, catholic icons, roman crosses, gothic things. Just heavily incensed & powdery.

Magnificent on the right person and potentially lethal in the wrong hands, so stay away if you're heavy handed. One spray in the air and walk through naked. Anymore than one spray and you will be gasping and everyone will want to clear out! I still have my 1st. bottle from 10 years ago, I rotate/collect vintage/modern perfumes so I have alot of scents. I dont wear it very often but sometimes I will sniff the bottle or get the courage to wear it before bed or just relaxing. Lingers on your clothes for days and the scent gets better. AE changes quit a bit from the intial intimidating sharp first spray, it is rich, sensual, woodsy earthy, herbal, uplifting and relaxing at the same time. I've noticed on myself and I used to work with a women many years ago who wore this, it leaves an eluding airy creaminess on my shirts and bloueses that makes it so unbelievably beautiful and the initial reason I sought out this fragrance in the first place. I would recommend wearing in the cooler months, would never wear this in the summer, but if you can pull it off more power to you. Lots of notes go in the making this great dame. A must have for the perfume conisoures out there. If you end up loving it like so many do, you will treasure it. Definitely not for everyone and that's a good thing. Aromatics Elixir is one of my top 10 favorites.???? Caution!

This is my first and I'll keep it short and to the point. In late 1989 I was working and living in a wealthy suburb of St Louis. Every once in awhile a lovely fragrance wafted by which stopped me in my tracks. That had never happened to me before but the third time this happened I dropped what I was doing and inquired what fabulous fragrance this pretty lady was wearing. She told me Aromatics Elixir. I dropped my previous signature scent, I wear this daily and I receive compliments often. We're entitled to our own opinions and I'm sorry it's not been the perfect fragrance for everyone but I can say without hesitation that every time I spray it on it elevates my mood instantly. I will never wear anything else. I've been tempted a few times, most recently by Amarige by Givenchy which is wonderful! But it's not Aromatics. I'll wear it forever! I truly, truly adore it! ????

My deepest nature is that of a rebel, so it seems that the more people hate this fragrance, the more I love it, lol. These reviews assure me that when wearing Aromatics Elixir I won't have to worry about smelling like everybody I pass on Sunset Blvd. I don't know why I love this fragrance, but I always have...since I was a little girl. To me, it smells mysterious and intriguing. It made me think Catwoman would wear it (the one in the 1970s TV show), or the woman in The Spy Who Loved Me. I wear Aromatics in White 99x more, these days, but I wouldn't be without AE. Back in 1993, I was wearing AE when I learned I was pregnant with my first child. For years, I associated AE with morning-sickness nausea (and, frankly, some terror). After awhile, though, the Catwoman-Spy connotation came back, and now I love to wear this with liquid black eyeliner and kick-a$$ red lipstick. I think I'm one of the lucky ones whose body chemistry suits this...I have definitely been repulsed by the scent of this on others. It's hard to believe the same scent can smell so completely different depending on who is wearing it! My 8 year old daughter thinks this smells like cinnamon on me, and she loves it.

I was in my local perfume shop and decided to try Aromatics Elixir. The sales woman warned me not to judge it on the initial spray, which is never a good sign. Anyway...It's very strong, Robert Piguet Fracas strong, and it smells of lemongrass and pine toilet cleaner. It would make a great, very expensive, air freshener.

This is a very herbal woody earthy fragrance that is definitely NOT for someone looking for a light fragrance. On me I can really smell the woody/patchouli which I like. I've liked this since high school but only wear it occasionally since it is very powerful and may offend sensitive people. I find it like a warm cozy wintery aromatherapy fragrance.