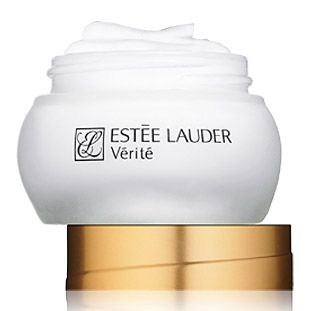 The best moisturizer ever for my super sensitive but healthy skin. I hope they will start production again because this is the only product that was fitting perfect for my needs. My skin is sensitive, often red and dry and not tolerating almost any preservatives. I tried new Estee Lauder product but it is not even close to this cream.

It is too bad this moisturiser has been discontinued. I have been using this for 22 years! Ladies with sensitive skin didn't know that this gem existed ! It was never marketed by EL and maybe that is why it never sold or was stocked properly in stores. It left my skin soothed , soft and moisturised. I even used it in my eye area without any irritation. My makeup also went on perfectly after having this on my skin. It did not have very many ingredients, but the 3 that mattered the most for Canadian winters was: glycerine, squalane and petrolatum. I am having a very difficult time find a moisturiser similar to this. I am so disappointed that EL discontinued this product that I will not buy anything from their company again! I really hope that they bring this product back ...get rid of the jar packaging and change it to a tube. For a product to be around for 22 years without being marketed, it must speak volumes for the product!!!!

Love it. It works

I have used Verite for a few years and appreciate its basic, clean (very slight scent of tea tree in my opinion), moisturizing blandness. Don't take blandness as a bad thing, for those with sensitive skin, this is a must! It is my trusty, go-to moisturizer to get my skin back on track with essential, non-pore-clogging moisture after I make the poor decision to experiment with something new in my skin care regime that is shiny, new and inevitably irritating to my complexion. I love trying new products, can't help myself, but my skin often times lets me know that, "I'm sensitive! Go back to Verite!"

A phenomenal product and one-of-a-kind. I bought this out of desperation when my Clinique pep start hydrorush moisturiser gave me a terrible allergic reaction and I realised it was actually drying my skin out. I had already started using Estee Lauder's Perfectly Clean Triple Action foaming cleanser and been wowed by its gentleness and effectiveness. That was my first introduction to the brand. Thanks to the reviewers of MUA, I therefore bit a very big bullet and forked out £47 at my nearest Boots for this pot of wonders with all my fingers crossed that it would deliver. And it did. I have moderate-severe acne, quite severe rosacea, and hyper-sensitive skin which is easily inflamed and irritated. My skin also easily becomes dehydrated and breaks out from oils and butters (including the dreaded capric/caprylic triglyceride found in so many sensitive-skin products now), so I try to stay with 'fat-free' skin products but there was always a compromise to be made - not moisturising enough, mild breakouts, weird textures on my skin, didn't play with other products, made my skin hot etc. But my skin was so bad after Clinique that none of my regular products were helping. I was cautious with Verite because it has petroleum, and having used Vaseline before and broken out, I was waiting for the breakout to hit. The same with squalane (I'd had terrible acne from The Ordinary's squalane). But, far from it, my skin has never been so immaculate! Upon initial application, I couldn't believe my skin, which was in such a raw and horrendous state, was not stinging or burning. I usually expect that for the first few minutes even using very 'safe' products, simply because my skin is in such bad condition, but Verite did nothing more than offer what my skin craved - genuine moisture (not just oil), a cooling and soothing effect, and it seemed to 'seal' itself onto my skin like a protective barrier over the rawness yet still allowing my skin to breathe. I couldn't feel the product at all, just its wonderful effects. It has been about a month now, and not only has my skin rapidly repaired itself because of Verite, but in combo with the Perfectly Clean Triple cleanser, my acne has truly disappeared - a feat I have never managed possible. I remain amazed that I can put this on my face in huge amounts when needed and I never break out. I have always had to apply moisturisers with an almost scientific level of measuring and rubbing in to minimise breakouts from failing to completely rub it in or apply too much but never with this. I can even use this on sunburn with no irritation whatsoever. As others have mentioned, this was not on display at my local Estee Lauder counter at Boots, so you have to ask for it, but it is still stocked and does not seem to be discontinued anymore, which is truly heartening. Boots online can tell you which branches stock it. I still don't really understand why this works so beautifully, but it does. It has no problems with my makeup or sunscreen. Yes it is very expensive, and yes it could be packaged better, but the actual contents are incredible and is very literally rescuing and repairing my skin from decades of damage. I cannot praise this enough - my HG moisturiser for life.

Was not sufficiently moisturizing for me, especially in the winter months. Overall, not too bad but not good enough to warrant repurchase.

Pricey moisturizer that is great for sensitive skin prone to breakouts. Fragrance free. It feels like a bandage for your skin.

I adore this moisturizer!! I just received my third jar via UPS today (yes, jar, which does suck, pump please?) after having run out for three weeks. It's hard for me to get to the local mall. Anyhow, during my brief hiatus from Verite, I tried Olay Regenerist. Blech. Olay Regenerist broke me out in little bumps and stung my face like crazy. Verite works so well for me. It's sensitive skin formula keeps my face very happy which = moisturized, acne free, fine line free and glowing. Yay Verite!

Great line if you have sensitive skin , dry and are prone to breakouts.