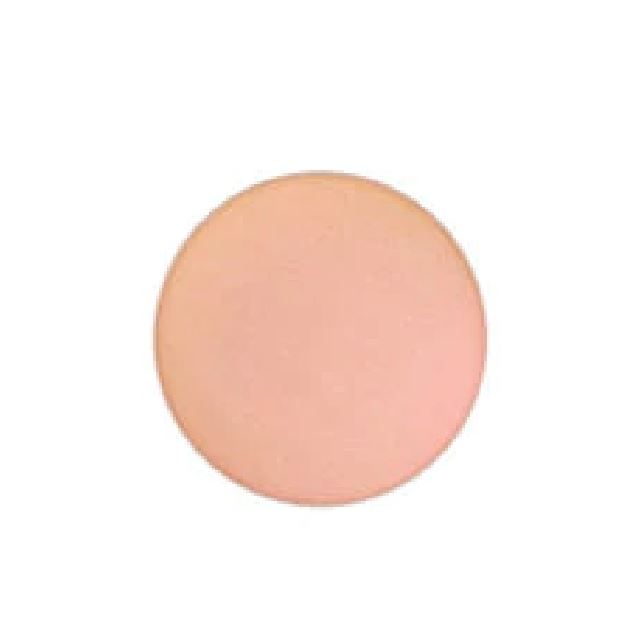 I have a love hate relationship with a lot of MAC shadows. This one looks so pretty on the lid. Its a simple way to brighten eyes. Beautiful! For reference I am MAC C4 studio fix Dark Blue eyes Dark hair

This is a really great natural looking eye shadow for people with pale skin and green eyes! I got it recently in a swap and have been wanting to try it for a long time and it's become one of my favorites. It's a very light peachy brown color. It's maybe two shades darker than my skin tone (nc15-20). I like to pair it with Mac Orb and Mac Texture. These colors are all in the same color family- natural peachy brown shades. Orb is beautiful on the lid, with Arena in the crease and outer v, and Texture in the outer V and smudged under the lower lashline. This will really make your eyes green pop, while looking completely natural, try it!!! For a more dramatic but still natural look, Arena looks great with grey colors in the crease, like Mac Print or copperplate. The only con to this shadow, is the staying power of this shadow...I find that it seems to lose some of it's color and fades a bit by the end of the day. This is wearing it with either TFSI or Mac painterly p/p, which I use under every eyeshadow. I usually don't have any probs with Mac shadows and fading, but this one doesn't seem to last as long.

I use this shadow very rarely - it's one of those shadows I wouldn't mind not having. The quality of the shadow isn't bad - it's nice and soft, applies evenly, but the colour I get on my lids isn't as in the pan. In the pan this is a very light orange brick colour, while on my lids it's much lighter. To me it kinda looks like my whole eye-area is too light, like after applying concealer. Some people like to brighten up their eyes, but since I don't have particularly deep set eyes, I need shadows that create depth and not highlights. Furthermore, the colour makes me look a bit tired - I don't think I suit oranges peaches or pinks on my lids in general (I have light coloured olive skin, ranging from NC-15-25). I understand why some people like this, but it's not for me.

PERFECT subtle highlighter for my NW45 skin. I have used it with plenty of different color combinations and it has the same effect

A great and strangely overlooked neutral. This is a warm peach/apricot satin with just a hint of shimmer. To me this is a colour cross between Tissueweight and Pollinator. It goes on smoothly, blends well and is friendly with other warmtoned es. I mostly use this as a wash with brown el for a fast not too 'done' look.

I have recently decided to move towards more natural looking eyeshadows rather than very frosty or glittery shadows as I am now in my early 40s. I have fair yellow toned skin, brown eyes, red hair. I was wearing mac rubenesque paint pot on the lids, a touch of mac all that glitters in the center of the lid to brighten it up, and ricepaper as highlighter. I have replaced rubenesque with arena for a more natural apricot look on my lids. I apply it rather liberally. Then I add a touch of Mac Grain e/s in the center of the lid to brighten it up the way I used to with All that Glitters. I still use ricepaper to highlight and I add Mac forever green e/l for a natural daytime look.

This shade nicely compliments my green eyes. I have to be careful with peachy shades since i&quot;m so fair however this doesn&quot;t come off orangish at all but rather a light apricot. Really nice.

I like this colour. I use it in the crease with the brown from my Belissima duo on top, or on my lid with Antiqued in the crease.

NC25/NW25ish. Arena is a pretty peachy-tan color. However I find it almost too natural looking on my lids even when I pack it on. It blends in. I would rather have an eyeshadow with a little more omph to it. I may try to use this as a highlighter. I would not repurchase.

This eye shadow is the one constant I've had in my make-up bag since I started wearing make-up ten years ago in 8th grade. I'm Filipina, and I don't like wearing lots of eye makeup other than liner and mascara, even though I have an eyelid fold. I feel like eye make-up that looks beautiful on non-Asians sometimes looks really &quot;heavy&quot; on Asians...although I have been trying to keep an open mind lately and try new stuff. But for now I'd rather just keep it simple. Luckily, this eye shadow does the job. It's satiny, not shimmery/glittery, eyeshadow that complements my yellow-hued skin well. It looks like my skin, but better. As a reference, the last time I checked I was NC40, but I haven't bought MAC Studio Fix since high school (college and grad school means cutting back on expensive cosmetics). Although I'm still pretty tan naturally, I'd say my skin tone now is more similar to Mila Kunis or Vanessa Hudgens when they were on That 70s Show or in High School Musical, respectively (although I'm no where as gorgeous). My skin tone is more like a fair-medium with a yellow hue, but like them it doesn't look &quot;off&quot; when I am darker due to being outside. But whether I'm tan or not, this eye shadow looks great. Sometimes I put this as a highlighter, sometimes on my entire eyelid. Either way I've gotten many compliments on how my eye make-up looks really nice even when they can't tell what's different about it. It lasts a long time as well.