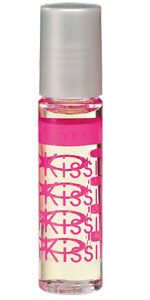 I paid a premium for these vintage discontinued kissing potions in bubblegum, strawberry &amp; cherry. I never had the original ones so when I saw them 3/$30 listed I jumped on that. Like the reviewer a reviews down below said “they never go rancid!!” Mine were brand new unopened &amp; im wearing bubblegum not sure how my lips are going to react to these because I had some bonne Bell ones like this that I was allergic to. I don’t see any problems w these. They are addictive to put on your lips! Ebay rules!!

OMG!!!!! The nostalgia factor alone is worth a try. Back in tha day I had the bubblegum one. Now I can't find it. The gloss itself is very sticky!

Love these glass tubes &amp; mine never leaked.So excited to find them again.I have been looking for a long time.Thank you soo much.

I got two of these at the Dollar store, and have also since seen them at BigLots. &lt;br/&gt;&lt;br/&gt; They smell wonderful - I have Cherry, which smells and initially tastes exactly like a cherry soda. I've also smelled the Vanilla version, which smells equally as edible. &lt;br/&gt;&lt;br/&gt; The packaging leaves a bit to be desired - It came blister packed, and when I opened the package it was already leaking. &lt;br/&gt;&lt;br/&gt; The gloss itself is completely colorless, and leaves a very nice dewy, but not shiny gloss. I wasn't as enamoured with the texture - it feels like a tacky glue and vaseline mix, and after about fifteen minutes tastes like it as well. The worse part: I wore this twice, about a month apart each time. Both times, I got a pimple on the edge of my lip the next day.

I loved the original ones in the 70's. Back then they were glass and didn't leak all over my bag the way the new &lt;i&gt;plastic&lt;/i&gt; one&lt;i&gt;s&lt;/i&gt; (yeah, twice) did. I'll only repurchase if they change'em back to glass rollerball tubes.

I loved the originals when I was a kid, but as an adult I'm not totally sure why! These smell divine (mine is Bubble, which is bubble gum flavored/scented)...and it's clear with a roller ball, and I believe these new revamped ones are plastic bottles, not glass like the original. Ok, that being said--I got mine for $1 at Dollar Tree (where they had all the flavors) and I have to say, I will be giving this to my 11 year old. Much too drying on the lips. Not very shiny, either. Not like they used to be. Will not run back to purchase any more, even for $1.

I wish I wish I wish they would bring these back. I loved this stuff, but my big favorite was the vanilla scent. I did not see it rereleased, so I do not think it was available. No other roll on gloss can compete with the texture and shine of this stuff. Honestly. It sounds really dumb but I have bought other roll on glosses over the years, hoping to relive the early 80s and late 70s, when I was REALLY young. This is one of the few things I remember cosmetics wise. This and Avons cool compacts. The strawberry, chocolate chip cookie, what not.

&lt;P&gt;these are so retro fun in a roller disco kind of way. im so happy to see that these were re-released, because i have fond childhood memories of them. the originals came in a glass bottle, which leads me to believe that a man designed them. :P&lt;/P&gt; &lt;P&gt;i had two of these in mint and bubblegum for several years too many, and they never went rancid. what can i say- i was a kid! im doubleplus glad that they brought back my two fave flavors. theyre just as fun as i remember.&lt;/P&gt; &lt;P&gt;i absolutely love the roll on applicator, again, very retro. the consistency is something you dont find anymore- its oily and greasy, without being oily and greasy, if that makes any sense. there is next to no staying power, but theyre so fun to put on that i dont mind.&lt;/P&gt;

These smell great and keep my lips very shiny but I feel they are a bit drying.

I can't believe they are making these again. As soon as I saw the display I bought for myself and my sister. These were my first lipglosses about 8 zillion years ago. Boy did they bring back memories. Now if they would only bring back kissing coolers too...