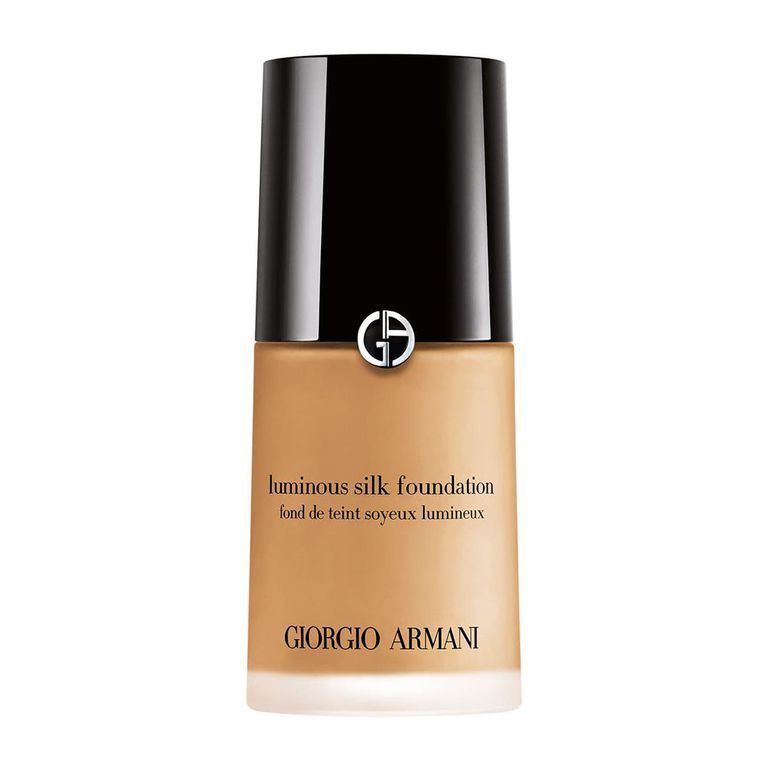 I'd like to begin with my main negative with this foundation: it broke me out. Initially, with the first application and wear, it was going outstandingly well and it looked so beautiful on my skin; in fact, I actually got compliments on how my skin looked which is shocking to me because my skin is probably the largest disaster to exist in this universe. It gave me medium-coverage, as claimed, and it had a satin finish which was so appealing to me. Unfortunately, some things are too good to be true and this broke my skin out in many pimples, mainly around my cheeks, chin and jawline; apparently Christmas came early, and this was not a 'gift' I wanted! However, the breakout did not happen initially, it occurred after consistent usage over the span of four days. So, I'm guessing the breakout is just due to my acne-prone skin disliking basically every brilliant product there is on the market. Now, for the positives: it made my skin look like butter. That's all, and that's enough for me to become obsessed with a foundation; any product which can make my skin appear significantly smoother, healthier and glass-like is automatically a win-win.

I really don't understand all the hype over this foundation. It has very little pigmentation and I didn't find it to be very buildable to increase the coverage. I'll stick with my Nars Sheer Glow, thanks.

This is my favourite foundation, it's just too bad it's so expensive (well it IS Giorgi Armani..) I find that this foundation works perfectly with my combination skin, oily t-zone and chin and dry flaky skin around my nose. I love the coverage of this, to me this is light and is PERFECT for me as I hate cakey full coverage foundations on my skin and find that they never work for me. Instead I find that this enhances my skin and I like how I can still see freckles under it. This foundation does not dry my skin out and makes my skin look really healthy. I pair this with the Laura Mercier translucent powder and find that it's perfect. I will continue to buy this even though of the price because I LOVE it. I would imagine that this foundation wouldn't be very suitable for someone with very oily skin as this is not a long-wearing matte foundation. If you have oily skin I'd recommend setting it with a good setting powder.

First off, this is not for oily skin. This would be perfect for normal to dry skin. I have oily skin BUT I use this foundation after I do a face mask that dries my skin out. It is soooo beautiful and makes my face look like I’m glowing! On my oily skin days though, it does not last at all, it will last about 3 to 4 hours then get super oily and break down. A primer definitely helps though! So all in all I would recommend it to normal-dry skin, it’s a great foundation and it doesnt look cakey. It’s expensive but worth it if you have the right skin type for it

I’ve been on the hunt for the perfect foundation and have gravitated towards the dewy or glow-from-within foundations. I’ve found a few of them that I really like. But even with my mature 60 plus year old skin, I find a more satin finish looks the best. Powder is the enemy for older skin but the glow foundations can almost tend to emphasize fine lines and texture (at least this is the case with me). I have tried GA Luminous Silk a number of times but I don’t think I was matched correctly in the past as it always made my pink undertone skin look sallow. I happened to be at a Macy’s recently and was color matched to 4.75 but they didn’t have my color at the store. The SA actually called over to Nordstrom’s and hooked me up. Boy having the right color match makes all the difference. The 4.75 actually looks almost peachy coming out of the pump instead of the pink undertone I thought would be me. However, this color on just brightens up my face. It provides a natural medium coverage with a blurring and satin finish. It’s not a glowy or dewy look but just a fresh and healthy but polished look. I find it holds up nicely through the day with just a powder to my nose midday as with all my foundations. During the summer, I bought the 5.0 shade and mixed it with the 4.75 for the best match. This is my go-to foundation for most days when I just need the best fresh and polished look. My favorite foundation and believe me, I’ve tried more than a few....

I love that this product comes in fair shades for me and it does leave a nice satin finish and quite nice medium coverage for a thinner consistency fdtn. I will say I was a touch disappointed given the hype and PRICE that it wasn't more smooth/invisible/skin-like - when I consider the Bourjois Healthy Mix gel serum is awesome and costs about half and I get the result I'm looking for, why spend so much on this product right...?

Bought this to see what the hype is and it was at one point my go to foundation. I used the shade 6.5 which was a tanned colour a good match for when I was wearing fake tan. It made my skin look amazing. however the more I wore it the more I got bored of it. It still has a matte finish in my opinion and does show texture. The price £36 is ridiculous reason why I wouldn’t buy again. I’ve just finished the bottle and tried to scrape out left over product and the applicator snapped think for the price you pay it should be better quality packaging.

I have normal skin, fine lines and some freckles and this provides good coverage without looking heavy or cakey. It doesn’t settle into fine lines and has a smooth I’m an nc15-20 with neutral-warm undertones and I purchased no 4 which I reckon is nc20. I’ll attach a pic of swatches. It is very similar in colour to the Tarte Shape Tape hydrating foundation in fair-light neutral and the Bobbi Brown foundations in shade 2 Sand. Finish is not luminous or glowy - just a satin with no apparent oxidization. Doesn’t have any fragrance which is nice. I quite like the coverage and finish but I don’t think this is worth AUD$100 a bottle. I would still repurchase though. Ironically I bought a bottle of this years ago in the other style packaging. The GA sales assistant at David Jones wrongly matched me to a 5.5 (like what was she thinking?!) . Even considering it was too dark , I was an oil slick after a couple of hours and needed to blot frequently. I ended up giving it away. Back then I was a dry skin type so not sure if this attributed to the poor outcome but I’m glad I repurchased and gave it another go.

I’ve had this foundation now for a couple of months now. I expected this foundation to be luminous and dewy...it definitely isn’t that on me. My skin is dry to normal, however I have tried different primers with this and I still find it drying. I really wanted to love this product but I think it’s just overly hyped. It has a light to medium coverage. Goes on smoothly and no spf in the foundation so great for photography. For shade reference: My shade in this is 7.5 for anything thinking about purchasing... Estée Lauder Double Wear, 4W1 Honey Bronze Estée Lauder Double Wear Light, 4.0 Lancôme Teint Idole 24 Hours - 050

I have had this foundation for over a year. I love it. I use it then get bored and try other foundations but I always come back to this one. For me it's perfect. It lasts all day with good primer and setting spray. It's a light - medium coverage which is all I want. It's expensive but worth it. I'm not a fan of glass bottles as they tend to fall out of my cabinet into my sink and smash plus it's hard to get every drop out with glass. But I will keep buying and I need to learn there is no better foundation out there.