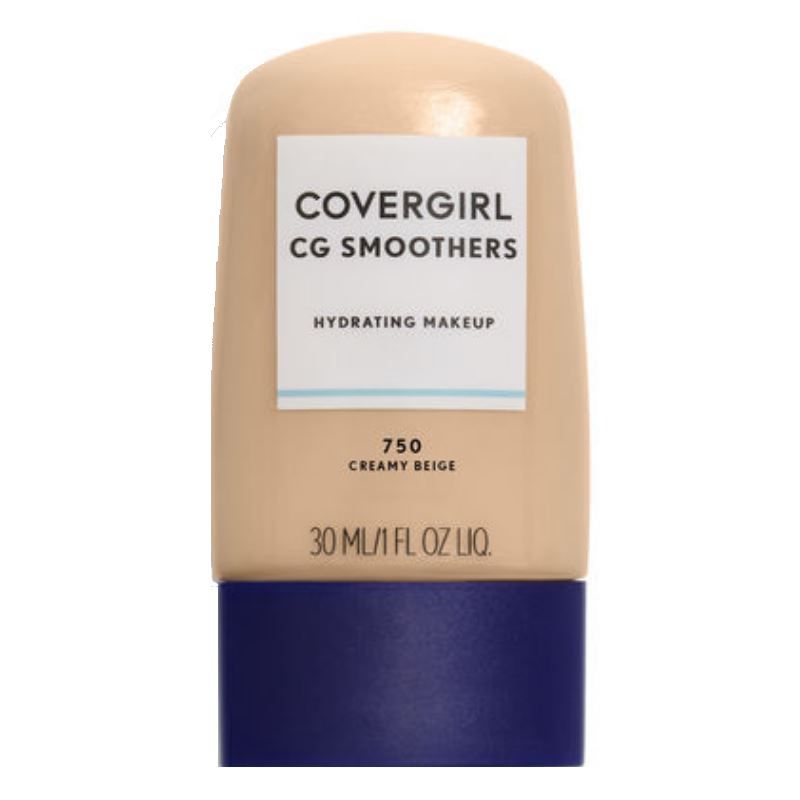 I am a 74 year old long time user of this product. I Love it . I have been distracted by fancy advertising for other makeup and tried them , only to find out none compared to this one. I am , however disappointed that I have looked at our local Walgreens and Walmart and could not find it. Im hoping that is not going to be discontinued. I just bought another Cover Girl makeup in its place ( Aqua Smoothers).

I used this as my daily foundation for years, mostly because it was one of the few drugstore brands that actually had a good skin tone match for me. I used Ivory, their palest shade. I'm quite fair skinned, and somewhere in the cool to neutral range. It was all right for the cost but never great. The Good: It's light coverage, and a smooth consistency that gives a nice natural finish. That's it's best feature. Also it never caused breakouts or irritation, both of which I'm prone to. It's fairly hydrating too, so those with drier skin might like it. The Bad: It's not long wearing. I have combination skin, and by midway through the day you could always see it shifting on the oiler parts of my face. It also transfers really easily, making it hard to blot away the oil. My other big issue with it is it's really not buildable, and using concealer was always a struggle as it the foundation seems to prevent anything from sticking properly. Except of course in the dry areas where it gets cakey and highlights flakiness. Bottom Line: I can only recommend this for people with normal, zero-problem skin. If you're oily it's a big no, and even if you're dry you still have to be careful around flaky areas. I've moved on to a much better (but sadly pricey) foundation from Coverfx, and honestly I should have done it years ago.

Purchased Classic Ivory and Buff Beige. However, shades run lighter than norm. In most CG foundations, I wear Classic Ivory (NC15/20) because of melasma making my face darker than my neck. But in this foundation, Buff Beige was good, but still pale on me. Normally Buff Beige would run too dark, so something to note. I purchased to try something lightweight/light coverage, but after wearing this one time, it's a mixed bag. The ingredients are ok (have sensitive skin) but it contains Synthetic Wax. This goes on very light coverage and looks dry just after applying (both brush/sponge worked the same) but after 30 min, it sets and looks really nice. However, after 2 hours, the shine kicks in and it starts to feel tacky and heavy, like a heavy moisturizer on the skin. This continued throughout the day, even with continuous blotting, and setting again with powder. When I'd blot, it would look so nice-- no flaking, no peeling, and even though there was some loss of coverage (it's sheer) I liked how it looked post-blot. But it wouldn't stay that way. The heavy feeling of it, as well as the tacky feeling, just not my cup of tea. I'm assuming it's the wax. I triple washed, and had some clogged pores (wax?) so I will donate and would not recommend. For a "tint" or lightweight foundation, it felt heavier than the CG Outlast and Matte Made foundations which are fuller coverage (and Matte Made has wax in it, too).

I really can’t decide about this foundation. I have extremely sensitive break out prone skin, and this foundation has never once created even the slightest pimple or blemish. That’s one of the main reasons I keep going back to it. It also feels like a moisturizer, and actually looks weird and unblended on top of a moisturizer, so I can skip the moisturizing step and put it right on which is convenient. At first it looks dry but throughout the day it gets softer, a little dewy but not oily. It doesn’t settle into fine lines at all. I don’t think it oxidizes but it kind of sinks into your skin and fades throughout the day. This definitely won’t look the same at the end of the day as when you put it on. The issue is this just does not look that good. It is sheer, not much coverage whatsoever, and always leaves my face with like a gray/blue hue.. I really can’t understand it. I need a yellow undertone foundation and I guess I just haven’t been able to find it, but I’ve tried a million shades and they all just leave my face not looking bright or beautiful at all. This foundation might be better than my bare skin, but just barely.

I have drastically combination skin: super oily T-zone, and flaking, sensitive dry spots on my cheeks and the tip of my nose. Everything either slides right the oily spots, or looks like sandpaper on the dry. In an hour long frustrating search in Target to find yet another option, I grabbed this as a last resort. Holy smokes. I don't know how it works, but it balances EVERYTHING: covers and stays on the oily areas, and smooths out and hydrates dry areas. I'm very, very, annoyingly picky about how foundation feels because I work outside a lot, and this feels like I'm not wearing anything. The coverage is buildable, but I rarely need to do more than one "round" to even out my red areas. It's equally comfortable in winter AND summer- usually I switch between two formulas, and I was sure anything "extra hydrating" would make my T-zone a swamp. Nope. It feels and looks exactly the same all year round. I can't believe it. I've spent literally hundreds of dollars on luxury, high end, and drugstore foundations, and a $5 bottle of Cover Girl has become my HG. My face and wallet thank you, CG, you reliable ol' stalwart!

Best foundation I’ve found in a long time! I’ve used Revlon Colorstay for combination/oily skin (even though my skin is quite dry, the combo/oily formula worked great for me) for several years but the most recent bottle I purchased had been reformulated and it became streaky upon application and cakey if I tried to fix it. I tried Benefit Hello Flawless but found it a bit thick, and the coloring just wasn’t right for my skintone, even though I tried two different shades. The CGSmoothers hydrating makeup really does make my uber-dry skin look and feel more dewy. My only complaint how light the coverage is. AND it doesn’t seem to be very buildable...although my foundation application skills are not great. I plan to keep using this until I find something that works better. And I’ll update this review when I do!

My winter skin's extremely dry lately. Thought this would help, but all it's done is made my face itchy and get tiny little bumps. Also, don't get why Soft Honey is way too light as it's what I usually buy in CG products for half the yr. It won't blend in and leaves a chalky white cast. I'll stick to CG Luminous or Ready Set Gorgeous foundations.

I should have tried this much sooner. Although I do not find it to be particularly hydrating, it is a medium-thin liquid that has light-to-medium coverage which is sufficient to mask redness but you will need a concealer for blemishes. To achieve medium coverage, I found applying with fingers a must. This blends so well that you can pat on extra in needed areas and it easily blends in. I do apply it over a moisturizer and set with arrowroot powder. Pros: nice color selection (I use Classic Ivory which is more neutral than yellow for my NC15 skin tone) does not add texture not prone to settle in fine lines or pores oxidizes only a little which is fine as the color I use runs light wears better than expected when set with powder natural-looking and not cakey does not break me out good price and easy to find hygienic container Con: no sunscreen EDIT: I have found foundations I like better but it is still a good product.

I have not only very dry skin but acne prone skin. It has been a struggle finding not only the right skin care routine for me, but finding a foundation was a nightmare. It was either dry flakes or break outs, or BOTH. Cg Smoothers by cover girl boasted on the bottle that it was hydrating and on the back said it won't clog pores. So of course, after returning another failed one, i purchased this cg smoother. It works! I wash my face and moisturize first, then without a primer (because i haven't found one for my skin type) I apply this foundation with a damp beauty blender (I squeezed it in a dry towel to make sure it was truly only damp) and with it poured onto the back of my hand, it blends beautifully. Now, yes, it's not "full" coverage but I've found that i can dab a 2nd coating onto blemishes then very lightly blend it out. This covers them while maintaining a natural like appearance. I've used this for 6 months now and I've had no sudden outbreaks or flaking at the end of the day. If you're like me, dry skin and acne, this foundation works.

This is my go-to foundation for an natural everyday look. I have very dry skin fair skin with freckles. 705 ivory pretty much is my exact skin colour, with pink undertones. :) It isn't particularly hydrating, but it isn't matte. I would say that this foundation gives a natural finish, it looks like a second skin. It is SHEER coverage, more for evening out the skin tone than covering acne/scars/etc. Due to the sheer coverage this foundation doesn't cover up my dark freckles or make them look ashy. It's best to set this with translucent powder if because this foundation can become slightly shiny throughout the day, since it is not a matte finish. I do recommend using a primer if you can to provide a flawless look, but I wore this for 1 year without a primer and it was still great.