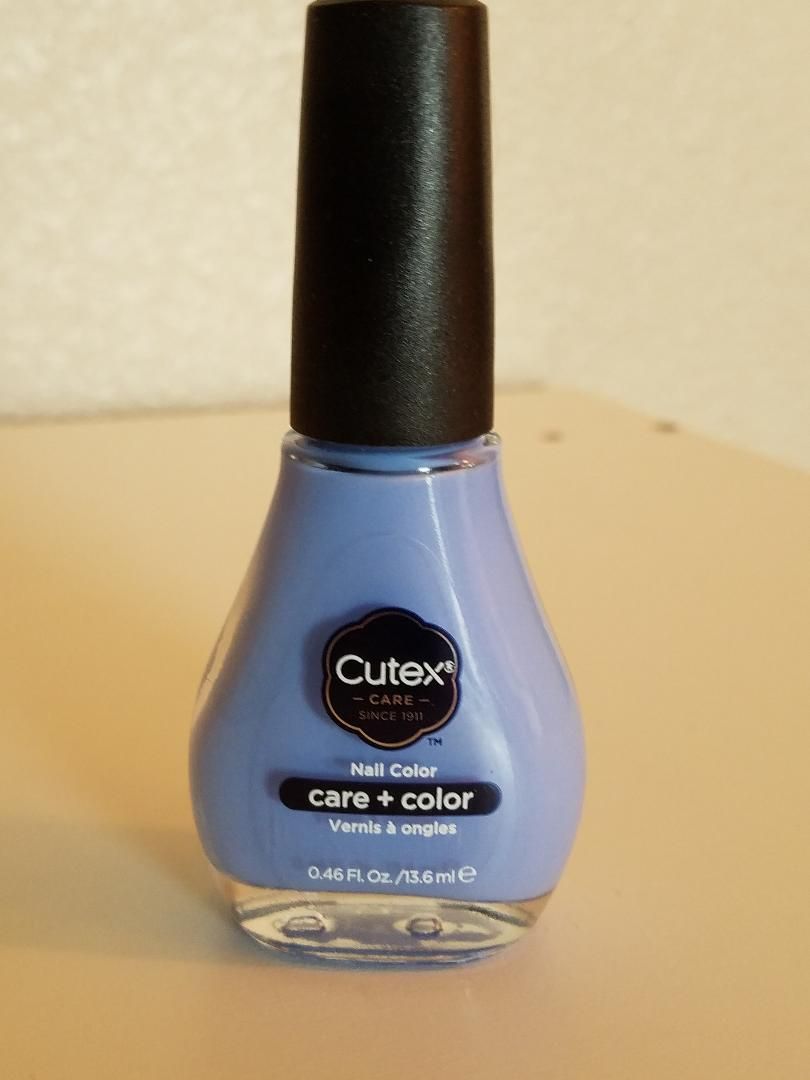 Blues Fest is a beautiful crisp clear cornflower blue crème in the core line. I haven't used Cutex polish in decades probably since it simply isn't available in most stores but when I was shopping and felt like trying something new this pretty shade caught my eye and it was priced at less than $5 so I purchased one to try. The color is really pretty on but the formula wasn't very good. It has a nice enough brush it's thin but very flexible and soft. The handle was a bit long though and I didn't like that. The polish was pigmented more like a crelly and went on smoothly but the layer was sort of thick and didn't provide much opacity. I had to do three coats and could not get them thin with this formula. It didn't self level and took a little manipulation to get an even layer. The color was gorgeous in the end result and it looked fantastic on me as well. I really like the color payoff and final look, but when I can use Sinful Colors Sail La Vie for less than $2 with no hassle, this one is simply too much work and more than twice the cost. It's pretty but not worth the effort when I have a dupe already in my stash. Revlon Irresistible is another one that is nearly a dupe for this one. It's a touch darker but close enough if you have it you don't need this one. I don't think I will be trying out any other Cutex polishes as this one just didn't live up to my expectations. They make decent polish remover but not decent polish. Pass on this one and pick up either of the dupes instead.