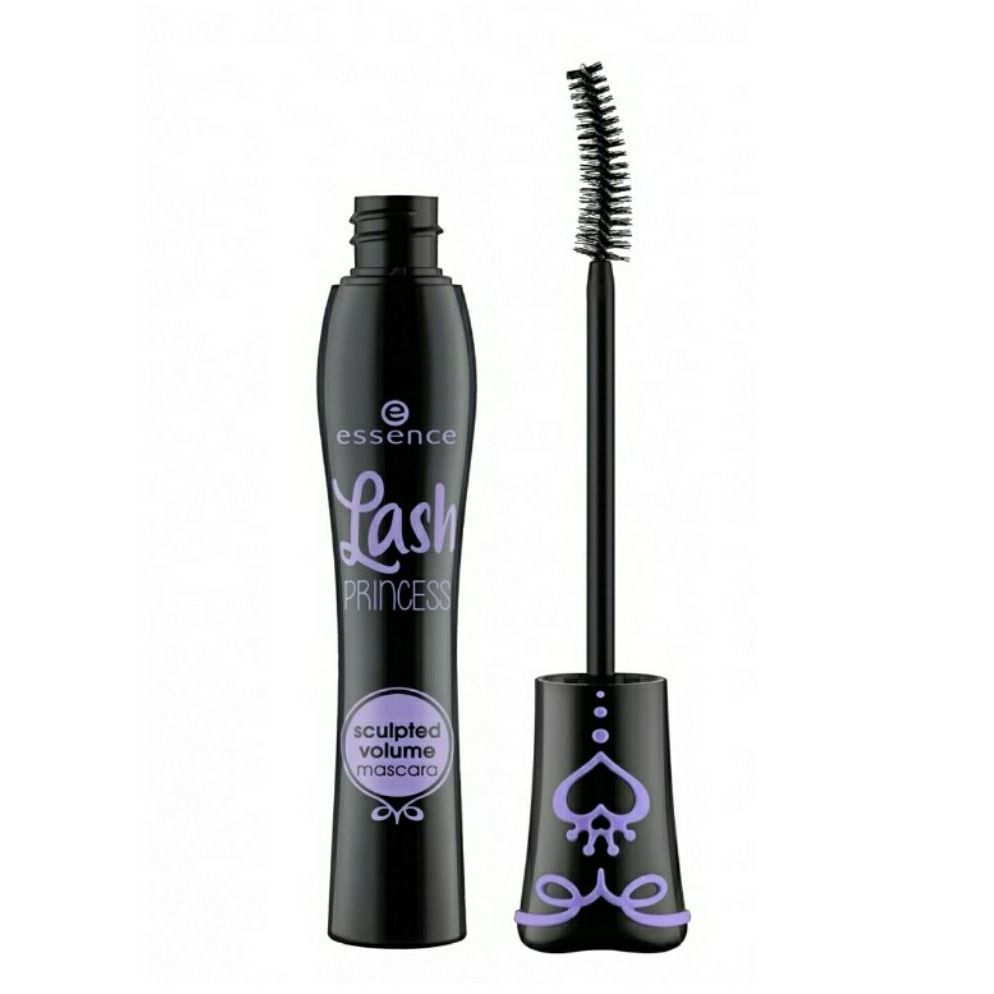 For me, this is the world's okayest mascara. It doesn't really build well, so once you get a little bit of volume, you really can't layer over it to get mega volume. It begins to clump and look sticky if you overdo it. Honestly, I far prefer the Bareminerals Lashtopia, which I've been going back and forth with for the past couple months. The packaging is great though. The brush really catches every single lash. I just wish the formula wasn't so average. I guess for the price, it's really not bad, but it's just not for me. I feel like all the Essence Lash Princess mascaras leave me feeling a little disappointed. Also, I really wish these came with some kind of seal. If there's not going to be any outer packaging, then some kind of tamper-resistant seal needs to be included. Who knows how many times these are opened in the store...

This is my forever mascara. Here's what I want from a mascara: 1) good grip on the first stroke. Gives a good coat first time around then builds length and volume with a second coat if I want it. Huge, overly thick 'fake' lashes not a priority. 2) stays on, no smudging or flaking. I have oily, deep set lids so this is quite a challenge. 3) comes off easily with a proper eye make up remover, no pulling or morning residue. This mascara does it ALL. I tried the green Lash Princess one and it was good but this is something else. I’ve also had it for months and it’s still going. And all for 3.50, I’m done looking.

I've been trying to pare down on my makeup spending. So when it was time to replace my mascara, instead of ordering my Better Than Sex mascara from Too Faced, I decide to look up cheap options online. I decided at $5 a tube that it was worth a try, if I didn't like it I could just toss it. Well am I every very impressed with this product and happy I gave it a try. It gives volume and curl to me otherwise straight and wimpy lashes. I'll buy this again, what a steal.

My first impression after applying this: Wow! I still feel that each time I use it. For a $5 tube this stuff really impresses me. My lashes are okay but they're kind of light brown and can look nonexistent, but this really amps them up. It adds volume, length, a bit of curl, and kind of makes me feel like some cartoon character fluttering her lashes. It holds up all day, doesn't irritate my eyes when I wear my contacts, and I can wear it to the gym, sweat like I'm in the sauna, and doesn't turn into little inky rivers running down my face. That said, it holds on, but washes off easily. All in all, it's great stuff. I'll definitely buy more.

I so wanted to love this mascara. It applies so smooth, builds heavy volume and length BUT it flakes like nobody's business....like the worst flaking. I find essence mascaras are all nice like the I love shocking volume but they are all pretty bad for flaking.Too bad. Maybe a waterproof version would be better if they launched one.

I tried this mascara today, and I'd say it's just as good as if not a bit better than most drugstore mascaras. It's VERY black, goes on quick--I only needed about two coats--and any smudge on the lid is easily buffed out. Didn't smell weird, and the packaging is weighty in the hand in a good way so it doesn't feel like it would slip out of your hand while using it. It's decent at separating lashes, however, I notice that with many mascaras the first few applications are a bit goopy and then after it dries out a tiny bit with normal use it becomes a lot more manageable. So I had to use a lash spoolie with it today, but overall I'm pretty pleased. Went on much quicker than my normal mascara, held a curl ALL day long, lengthened well, and created some decent volume. I also scraped the brush against the side of the opening to get rid of a bit of extra mascara on the brush and that seemed to work well for me. I'll update this review as needed, but you could do a LOT worse than this for $5.

Up today i have tried hundreds of mascaras... And I can happily say that this is the best mascara i have ever used. BEST (Literally). Besides you can never beat the price. Try it you won't regret