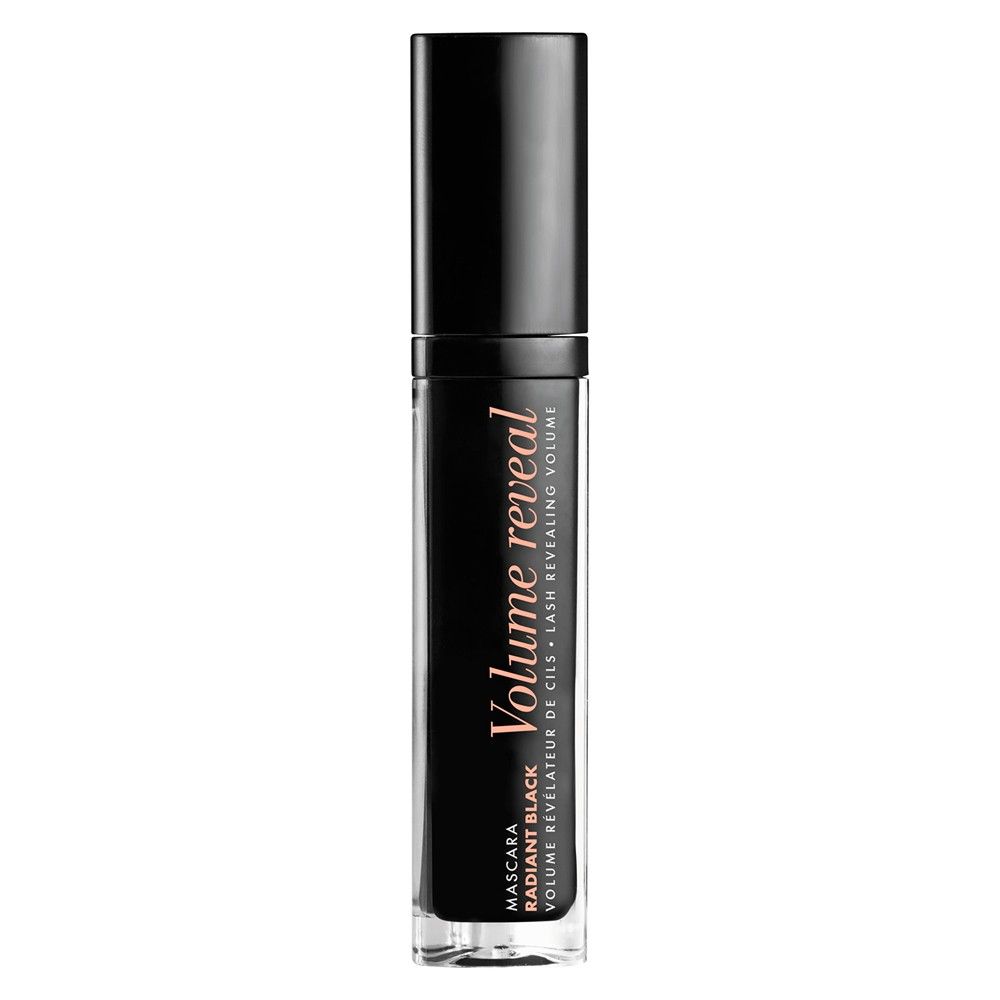 Pros: +very nice packaging(nice shape and comes with a mirror) +has a flexible brush with good size and shape +there's not tones of product sitting on it's brush +doesn't straighten lashes after curling them + seprates lashes very well +lengthens lashes very well +doesn't clump or stick lashes together +you can have a quick,no fuss application with it(no need to wipe off the excess product from the wand,no need to wait a long time for it to dry down on lashes,no need to comb lashes afterwards) +is easy to use on corners and lower lashes too +doesn't smudge +doesn't flake a lot +is easy to remove it with a normal micellar water +is affordable +doesn't irritate eyes Cons: -almost zero volumizing -I need three to four coats to make my lashes -makes lashes a bit crunchy This is a good,average mascara Normally it's around 4 USD here but I bought it for 2 USD in a sale(I have the one with pink writings).I wish I had purchased more to gift to my family and friends.It's difficult to hate this one but I don't love it either I usually don't like mascara with rubbery brushes but this one has a good wand.It's brush isn't too big or thick,it doesn't hurt my eyes like most other plastic brushes and does a very good job in separating lashes.some people might dislike it's flexibility but actually,I like it The formula is black enough(for me) but not too wet or too dry.there's not too much of product clumping on the wand so there's no need to wipe off the extra product before using it Just one coat of it doesn't do much.just a little defining but it's buildable and lashes don't look unnatural after the third coat and there's no need to wait a lot between the coats.I have average lashes and like my lashes to stand out so I have to use three or four coats of it to have the look I like but if you're into very natural,no makeup-makeup or have thick,full lashes one or two coats may suffice..it doesn't de-curl lashes(I have almost straight lashes so I always curl my lashes before applying mascara),doesn't clump lashes,doesn't smudge(I also apply it on my lower lashes but I have dryish skin and powder under my eyes) and has very little flaking.It's easy to remove it by a regular micellar water.I love it's packaging and the mirror and I like how it seprates and lengthens lashes but I couldn't give it a 5 because it has almost zero volumizing while it's name is Volume Reveal It's recommendable if you're not into thick,sidery or clumpy,super dramatic lashes but if you want natural looking lashes or a no fuss mascara give it a try Edit: Ok,I have to give it 5 stars.I hate repurchasing a mascara as there are thousands of options out there waiting for me to try them but to be honest,I'm going to repurchase this one as it's so reliable.yes,it's not super volumizing but it gives me the volume I want after the third coat.it never ruins the curl and never straightens my lashes,never sticks the together,never irritates my eyes,never smudges,doesn't clump,has a good lengthening power which is important for me,it's very cheap(at least in my country,it's 2 USD now in sales and it's almost always on sale) and has such an easy to use,nice sized,brush.so it really deserves a 5. now that Maybelline One by One and Loreal Miss Magna are discontinued it's nice to have a reliable mascara around

WOW....talk about a mascara that really keeps your lashes separated. It does take a few coats to cover them, but this mascara does not clump. The magnified mirror on the outside of the container is a nice feature too.

Generally, I would say this is a good mascara. When I first bought it, I didn't think the volume was particularly great, but it looks lovely if you've curled your lashes beforehand. I like the fact you can easily reapply it and it's not clumpy or spidery. The packaging is beautiful and I love the magnifying mirror on the side. However, in general I would say it's pretty average and apart from the packaging, doesn't really stand out much.

This mascara was a pleasant surprise, because it really reminds me of Urban Decay`s Perversion at a fraction of the price. Just like Perversion, this lengthens without clumping, is really black and doesn`t smudge. I didn`t find it particularly volumizing, but I have a got set of lashes, so this works really well for me. I love the packaging: the magnifying mirror on the side helps me to fill out my lashes without smudging, I even use it for liner. I also like the flexible brush that gets into corners and the difficult places in the inner corner of my eye. I would totally repurchase.

Why is this called a volume mascara? It gives curl, a bit of length but no volume whatsoever. I do not like the brush: it is bendable / flexible which makes me smudge the mascara all over. The packaging with the mirror... no added value. Disappointed.

As a student, all of my makeup is from drugstore,Bourjois is my favourite brand I love most of their makeup. -The packaging of this mascara is designed smartly, triangular prism shape, which prevent it from rolling over. it has a magnifying mirror on the third side face, however it's not important to have a mirror. Pros: - provides length more than volume, i love the wand it does seperate lashes very well, coats every lash &amp; doesn't clump at all. - budge proof. - Good for upper and lower lashes - comes off easily. Cons: - i have it in (radiant black) it isn't so black as i've been loving my Twist up the volume but there's ultra black shade. -not buildable since it dries fast after first coats of application, and the lashes become less manageable. - Expensive. It is a good mascara but it didn't blow me away, it is expensive compared to other mascaras from drugstore, i will stick to my twist up the volume bc it gives a false lash effect with a little cheaper price