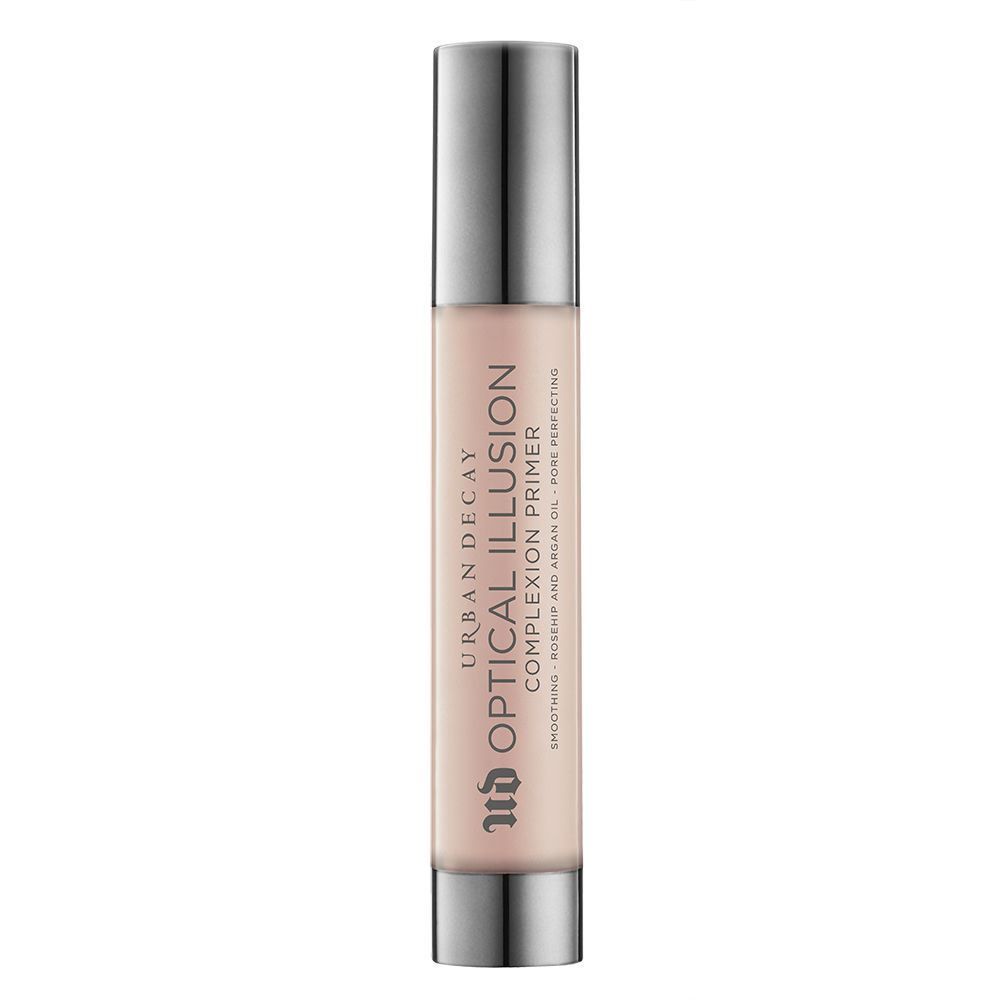 So I bought this on a whim in the Selfridges online sale. My skin can be unpredictable - I rarely get spots/blemishes, but I do have some redness, large pores and prone to some oiliness. I’ve given this a 4 because it does what I want it to do, but in reality it’s probably more of a 3.5 if you’re comparing it to some of the claims it makes. If you are looking for a radiant glow effect, or a primer that can be worn alone/with concealer only, then this is not the one for you I am afraid! In all honesty, it leaves a bit of a white cast (but on my NC15 skin this isn’t an issue, but would be for anyone who isn’t as pale as me), it’s matte, it’s flat, and the texture is difficult to work with. BUT. If you are wanting a nice even base, your pores filled, lines blurred, reduction in oil throughout the day and your foundation to last, then this IS the one for you. I have worn this under my Mac Studio Fix fluid for a few days now and, so far (touch wood!) no breakouts. My foundation stayed in place for 11-12 hours today (including a nap) and zero touch ups with powder. I was a bit shiny at the end of it all but my foundation was still there, no cracking or pooling or sliding around. However, if I wanted a lighter/no makeup day then I wouldn’t reach for this. The texture is thick - I need less than a pump for my face, and I’m pretty liberal with application of, well, most things! I use a flat foundation brush to apply. I tried with my fingers but it didn’t smooth out well. I’ve heard a few folks use a damp sponge works for them. I imagine, based on the texture, that it would ball up/pill if you were too heavy handed. Honestly, if I could find a primer that was just a touch easier to work with/apply that gave the same effect, I’d buy that. Hoping this doesn’t break me out any time soon and that it lasts a while. As it goes, so far it has worked well for me so will continue to use and possibly re buy.

For me, the only thing appealing is the packaging. I bought it because the soft focus primer is discontinued. So, here is the deal. It is super &quot;silicony&quot;, distribution has to be super even so you wouldn't notice it under foundation. The smell is too much &quot;chemical&quot;,however it goes away fast. It didn't do much in regards of my pores or actually anything I expect a primer to do If you have dry skin that you didn't clean or any of this primer left over from before, next time it shows of as white patches on your face. And do not even try to cry, where a tear drops, it will leave a white mark and if you try to move it with your hand you will just remove all of foundation from that place. Caused me breakouts, on places I have never have had them before, like forehead, and it wasn't like real acne, it was red and under skin and it just looked ugly. So I wouldnt buy it again as it did really nothing for me, I kept using it to see if anything is going to happen, but it didn't. Now I am in a search for new primer.

It's a pretty average silicone-y primer. Has that velvet feel and makes foundation go on smoothly. Cruelty-free. Not irritating. I do think it (and others like it) clings to dry skin, so it's really not ideal for me. Moreover, there's nothing special to justify it's comparatively high price when there are similar products out there for less.

This leaves a white cast on me and has no spf. Not a fan.

This is the best primer that I have used so far. It worked better than pore professional at blurring pores. Recommended.

I am on my third bottle of Optical Illusion. A little about me: I am quite mature, have dry skin, no real issues other than lines, wrinkles, the usual stuff. Not sensitive. I use this every day on top of CeraVe sunscreen, and before my M.A.C. F&amp;B foundation. As F&amp;B has a very fluid texture, this primer extends wear and keeps it looking fresh even during the warmer months. I do my eye makeup before applying foundation, so I leave this primer on my skin for a while. If applying foundation immediately, YMMV. I wouldn't say it is moisturizing, and it doesn't add radiance. I get a nice glow from F&amp;B. But, if you are looking for a primer that will extend foundation wear, this is an excellent option. I did take off one lippie for packaging. My last bottle had an issue with the pump, and for some reason the cap won't stay on inside my makeup bag.

I had stopped using primers for quite a while, partly because I wasn’t sure they were worth the added step in my routine, didn’t really see much of an advantage after using them. I was partial to the hydrating primers thinking they would work best for my dry skin but have reconfirmed that the hydration best be done long before you get to the primer and makeup phase. Being open-minded I tried a deluxe sample of the Urban Decay Optical Illusion primer which has a soft-focus effect and a velvet feel as it blurs and smooths skin. Makeup applies evenly and flawlessly over it. I think this is a solid choice if you like a silicone-based smoothing primer. As for me and my dry skin, this makes my foundation look heavy and cakey so it’s not suited for my skin type but it deserves the 4 lippies rating because I think outside of my own personal skin type it is a fantastic product.

Do not try this if you have peeling skin because of dryness or acne treatment. Never had my skin looked so bad , it emphasized every little flaky skin, and created wrinkles where I did not have any.

This is a thick primer and a little is required otherwise it starts to pill on the skin. I personally like the color and it does not have a smell. It is also good for my sensitive skin, but I am conflicted by this primer. I really want to love this primer, but It is does not have consistent behavior. I use the same moisturizer everyday and then apply this primer. Somedays, it looks great under my foundation and pores are blurred and other days not so much. At first I thought it was the application. For me using my fingers and pressing it into my cheeks where I am enlarged pores, does not work for me. There is no difference in the performance. Using a wet sponge does a better job and my pores appear smaller but by the end of the day, my pores look huge again. I did find the best application is a brush. The brush for me is the best application and within a minute of application, my pores are very blurred. Foundation goes on top beautifully. Is this my holy grail primer. For now, it might be, but I am still on the hunt for a better primer.