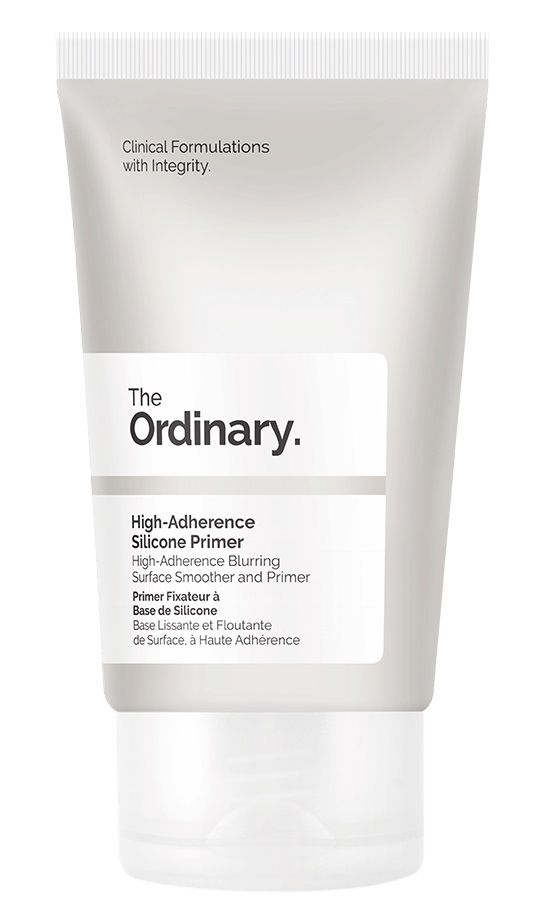 Very happy with this primer. Holds makeup together, doesn't get greasy through the day, and (for me at least) doesn't pill. I have used primers that are twice as expensive but provide half the quantity of this one - this not only beats them in performance but is also astonishingly priced. Highly recommended and will repurchase.

I like this primer. It has the consistency of a moisturizer and it spreads evenly. It feels nice and cooling on the skin. It leaves a slight sheen and slightly blurs imperfections. It's fairly basic but I really enjoy using it, It helps prep the face for makeup and leaves a nice smooth canvas. Pros: Moisturizing but not oily. Leaves a slight, dewy sheen. Feels cooling upon application. Affordable. Preps the face for makeup nicely. Cons: You don't get much product but it is very affordable. I'm not sure it extends my makeup wear time. Overall, this primer is nice. It's affordable and pleasurable to use. Definitely, worth a try. I'll be keeping it in my collection. UPDATE: This will cause peeling if I use too much. If I use a small amount it doesn't peel.

This is one of the best primers I have used. I was worried that it would be almost too matte a finish (I want I little bit a dewiness) but it's perfect, and not drying at all. It makes my cheap foundation look expensive, and my expensive foundation look even better! Simply put, it makes me look like Ive got great skin. The result is noticeably superior to other primers I've used. A little goes a long way, and it feels soft and light on the skin. It's so cheap as well, repurchasing is a no-brainer.

Despite the name it doesn’t remind me of other silicone primers I’ve used, it feels more like when I’ve applied a regular moisturizer instead of giving my skin that dry and smooth feeling. Since my skin can be quite dry in wintertime it was nice that it created a base which felt hydrated. It doesn’t really do anything for me when it comes to making my foundation last longer or filling in my pores though, so I won’t repurchase it. Pros: - CHEAP - feels hydrating - smoothes out everything a bit (just a bit though) Cons: - doesn’t really do much, works best for people who’ve got good skin to begin with

Giving this one 5 stars. This primer works better then some of the over priced high end primers. If you have ever used the Lorac porefection primer ...then ladies you will love this. It gives me a smooth finish, and does not get greasy. I wished they made this in jumbo size. I will definitely order some more tubes. My skin is combo/oily. Thanks

The main and only issue I have with this primer is the tendency to literally peel off. It takes way too long to full settle in and if you moisturizer underneath once you apply your face makeup you will see this primer begin to to roll off in little pieces all over your face.

So, to preface: I have combination dehydrated skin with some texture issues. Large pores on my nose, persistent flaking there as well (possibly seborrheic dermatitis or something) and sometimes hormonal acne, although that's almost completely under control now. Texture, I have it. I also have a very hard time getting foundation, any and all foundation, to stick to my nose. Literally. It does not stick, or it will separate, pool in my pores, show up all the flaky bits I didn't even know I had and look generally awful. It's like trying to blend two things that just will not mix, you know? Like trying to blend water on a hydrophobic surface. I've tried applying with brushes, with a beauty blender, with my hands, different techniques. I've tried a fair number of different foundations, silicone-based, water-based, powders and even an old-school oil-based one or two. I've tried different primers, pore-filling ones, hydrating ones, mattifying ones, and so on. Spraying some Fix + on before does help, as does making sure my face is well exfoliated, intensely moisturized and hydrated beforehand, but it's never, ever foolproof. The rest of my face looks fine, but my nose is sometimes such a disaster area with foundation that I've turned more and more to sheer, natural-looking foundations, because they tend to look the least awful. MAC Face &amp; Body generally does ok, as does the Pixi H2O SkinTint. Mineral powder foundations are a bit hit and miss. Estée Lauder Double Wear, not so much; it shows up every bit of texture and, weirdly for a foundation with such industrial-strength lasting power, doesn't really adhere well either. Double Wear Light does slightly better, but it's still tricky. The Bobbi Brown foundation stick is a disaster, most concealers don't want to play nicely either. And so I got this primer, because I've been on a bit of a Deciem kick lately, a few of their products have worked extremely well for me and there were those magic words in the name of it; High Adherence. Yes please, I would like some high adherence stuff to put on my nose, thank you. I don't even care if it makes foundations last longer, I just want something that makes them actually stick and blend nicely on my nose to begin with. And lo and behold, this works. This actually does make foundations adhere better to my nose and not separate immediately. They still pool in my pores if I'm not careful, I'm going to try this out with a few different pore-fillers underneath and on top. I still have to be ever so careful applying. But it does what it says - helps foundations adhere to the skin - and that's what I'm here for.

This is my third tube. Not as good as when I first started using it but I suspect that’s me, not the product. The product is great. For a while there I just wore it on its own, it’s that good. Blurs pores and makes makeup stick. Still have to blot at lunchtime though. It’s veryvery smooth, packaging is brilliant (I wish you could buy bigger but you can buy double).

I like this primer because it’s cheap and does its job. Pros: - CHEAP - holds the oils at bay (though blotting is still necessary) - sanitary packaging; squeeze tube so you can get all the product - smooth application - no silicone feel - foundation blends in with it just fine; does not separate Cons: - none that I can think of lol. I prefer this primer over my smash box photo finish primer because I don’t like the silicone feeling it brings.