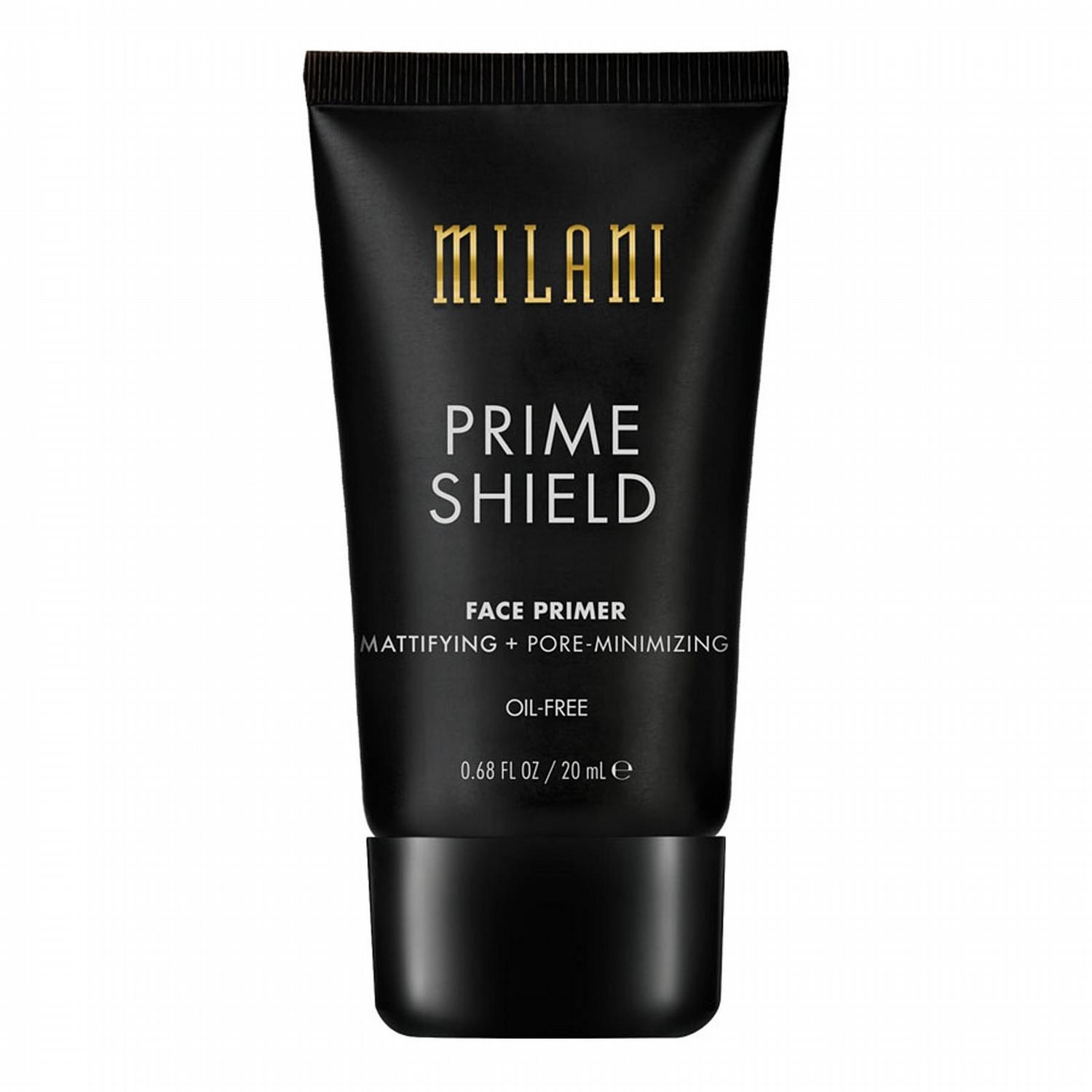 I'm surprised that this has such a high rating. I got this for the mattyfying and pore mimimising properties but I regret it. Maybe its the way I apply it but this does nothing for me. I have combo/oily skin and immediately I put this on I feel like an oil slick. That's normally a bad sign. Makeup doesn't seem to go on better with this either and i've used primers that work better than this. I hate how it feels on my skin, and it does not mattify anything. Can't talk about the pore minimising abilities as.. i'm just disappointed. Totally underwhelmed. Will not repurchase.

I really like Milani products so am disappointed to review this primer as a definite no-no. It is expensive for just 20ml of product (over in a jiffy) and doesn't 'hold' foundation in place. Within a few hours I am greasy and shiny and might as well have used an inexpensive moisturiser under my makeup instead of a primer. Would not repurchase.

Of all the primers that I have tried, this is my favorite for my skin type. I find many primers do not help me. I have a very oily tzone and normal cheeks. This helps fight away shine in my oily areas and is very smooth in my normal areas (not drying). It makes my foundation look even better and gives it greater longevity.

My favorite drugstore primer. I have combination skin but it tends to get oily as the day goes on, and so I will have nice, shiny skin by the afternoon. This really helps my makeup stay put and helps combat the shine.

This primer really does live up to its name! My pores are large mainly due to my skin being oily. This works a whole lot better than Benefit’s porefessional primer which I received a sample of. It blurs them out when I cover them and it prevents that unflattering, appearance of cakey large pores. It mattifies the most oily areas of my face which are my forehead, t-zone and my nose. I’ll advise anyone to not make the mistake of applying it all over the face. It made my face dry and patchy. It’s best to apply it in the areas you want blurred and mattified. One cool trick I learned from YouTube was to puff out my cheeks while applying it since that’s where my large pores are. This caused my pores to expand so that way the product could seep in and hide them. My only complaint is that there’s such a tiny bit that comes inside the container. For $10, I expected a lot more product. I don’t feel like I’m getting my money’s worth but then again, it took a lot of time, money and effort to find something that worked very well. I can’t complain so I’ll stick with it.

good product, wish it was a little cheaper or had a bit more for the price. I have combination skin so I prefer to use this in the warmer months, I might switch to something more moisturising for winter, but I will try and see how it works! I really like it and would buy it again. Tried other primers and this one and Hourglass mineral veil were the only ones I liked, but the lather was wayyy too expensive for me.

ETA: I did try this full face as my primer with my WnW photofocus foundation - and it worked just &quot;okay&quot;. It is very light, and is silicone-y but not in the greasy sense. When you apply it to your face, it literally disappears. That's awesome. No smell either. However, by the 4 hour mark, I still had to blot. Tons of shine. After blotting, I looked great and reapplied some powder. 1.5 hours later, its still looking nice. Because I still got UBER oily with this primer, I'd rate it on the lower end of the scale, not just for not keeping me matte but because of the price. This is .68 ounces for $9 (at a big-chain store, so cheaper than drugstore). That's expensive for .68 ounces!!! I also have the NYX studio perfect photo loving primer, (which is identical in texture etc...) which is $12.99 (I see it on sale right now for $10 though) and you get 1 oz. Most primers nowadays should give you at least 1 oz. You can even tell when you try to shake the squeeze bottle - it feels like there is no product in the bottle! Milani only giving you .68 ounces - that's a ripoff. Sorry. Especially more so because it doesn't work. No, I would not repurchase. -------------------------------------------- First time trying this - I only applied the primer on my nose to test it out, which is the worst spot on my face for shine (nothing seems to work) - and this stuff failed miserably. 30 minutes after applying this and then dusting powder - I had shine like I'd never even applied it. Not impressed. It did blur my pores, but that went away as soon as the shine kicked in. I'm still going to try it on my face overall - but I just wanted to test it out to see how well the &quot;mattifying&quot; claim was for my super shiny nose. Since NOTHING seems to work on my nose (not even eyeshadow primer) - I'm not too surprised that this stuff didn't work at all on my nose either. On the downside, it seems like my nose is even SHINIER with this stuff on it vs. without.

A go to bargain for me, so glad I decided to give this stuff a try. Feels just like the smashbox primer, and personally it works better than smashbox for me. Glides right on, very smoothing! My skin is very combination-esque, so mattefying things tend to look a little funny on my skin, but this stuff doesn't dry me out or anything, I can still throw on a dewy foundation and get the dewy effect I like. Can't say this has caused me any irritation or breakouts either. A really great everyday primer in my opinion, and my wallet loves this product.

This is one of my favorite primers! It does a good job of mattifying the skin and making my pores smaller. It has a silicone feel once you rub it into your skin. I would say that this primer lasts a good 7-8 hours. After the 8 hour mark, expect some shine to start showing up. I think that the price for it is a little high, it's around $8 at the drugstore. Everything about thing about the product itself is great though.

This is just a very &quot;meh&quot; product for me. It's very similar to other silicone-based mattifying primers where they do mattify at first but they do nothing for absorbing oils and make the face feel slick. I have dry skin but I use this to go overtop my sunscreen and moisturizer to create a matte base for makeup. I've done this with a few other primers (eg. Angel veil by NYX works really well) but this didn't take down the shine at all from my slightly dewy sunscreen. My face was still shiny throughout the day.