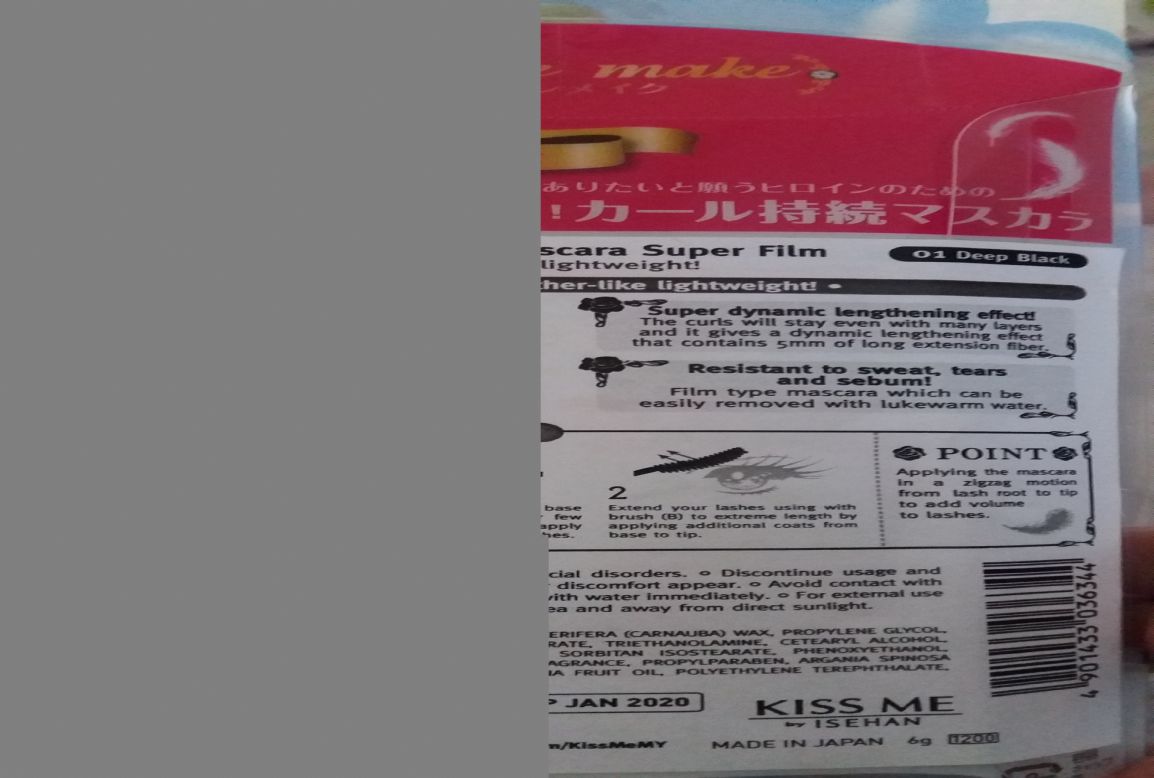 I got Heroine Make Long And Curl Mascara Advanced Films (brown) I think it's sup to be waterproof but even if it isn't it is so great! I got it on eBay 2 tubes for approx $25 so a little more expensive than your DS mascara here in the USA. I don't know what "advanced films" means (waterproof?) but I needed a good brown mascara and that I got! This is the best brown mascara ever. It's got a ton of curl & a rich light brown color. I would rebuy but finances are tight I closed several accounts of different types & sorts. Thank goodness I discovered can Isehan got black liquid eyeliner, glasses mascara & this!!! Good brand just takes awhile to get when you order on eBay.

I had the long and curl waterproof version and I loved it. The best mascara I've ever used. I have medium length lashes that points downwards and I'm always on a hunt for a mascara that helps hold the curl of my eyelashes. The waterproof one does just that, plus it lengthens my eyelashes to the gods. I ran out of my waterproof version of long and curl mascara and picked up this super film version instead yesterday. So I tried it today and this is what happened: 1. When I applied it, it looks like I didn't apply anything on! Just a hint of black colour. 2. It didn't hold up the curl..at all! In fact as soon as I applied this mascara, my eyelashes drooped down again! How disappointing! 3. It flakes. It doesn't claim to be waterproof of course it promises no smudging. I really wanted to like this mascara because it costs more than RM50 which is A LOT for ONE mascara. I bought this because I was convinced that it will be as good as the waterproof version but now IDK what to do with this.. :(

I can't give this a proper review because the product I bought was dried out. Yes, I should have returned it but I bought it at a busy supermarket and I wimped out, so $22 down the drain. I opened it and blobs of dried stuff fell out. Well, things aren't always good with the first swipe of mascara so I wiped it off and tried again. Then I tried adding some oil. I wore it a few times and it looked like I had little on, and then I had dropouts all over my undereye area. :(

For the waterproof Long and Curl. It is really gunky and thus you can't apply much of it (which I like to do to increase the volume) before you have really hard and spidery lashes.

This is for the super film mascara (the latest release) Can't say I love this 100%, but it stays and doesn't smudge on me and gives a decent curl. I'm on my 3rd or 4th tube and have yet to find something better than this. I wished it was more volumizing though and I find the tube starts to dry after a month, although I can still drag it out to 3 months.

This review is for the washable version of the mascara. The super film technology works well — I’ve had no issues with smudging or flaking, and it washes off easily with ordinary soap and water. You don’t need to take the extra step of using a special makeup remover for this. The mascara applies smoothly, with no clumping, and it’s possibly the best mascara I’ve tried for the lower lashes. However, I’m not entirely satisfied with the way it looks on the upper lashes. It does add length and volume, but I feel like other mascaras have added more. However, that generally came at the cost of some clumping. I would say this is less dramatic but more tasteful. The curling effect seems decent. I have a slight natural curl so I'm not much of a challenge in this respect, but I get a lot of lift from this mascara even without curling the lashes first. It’s a decent mascara and would probably serve a lot of people well as an easy-to-use daily mascara that doesn't get spidery and comes off simply. Personally I'm not that tasteful though, and I prefer a heavier look.