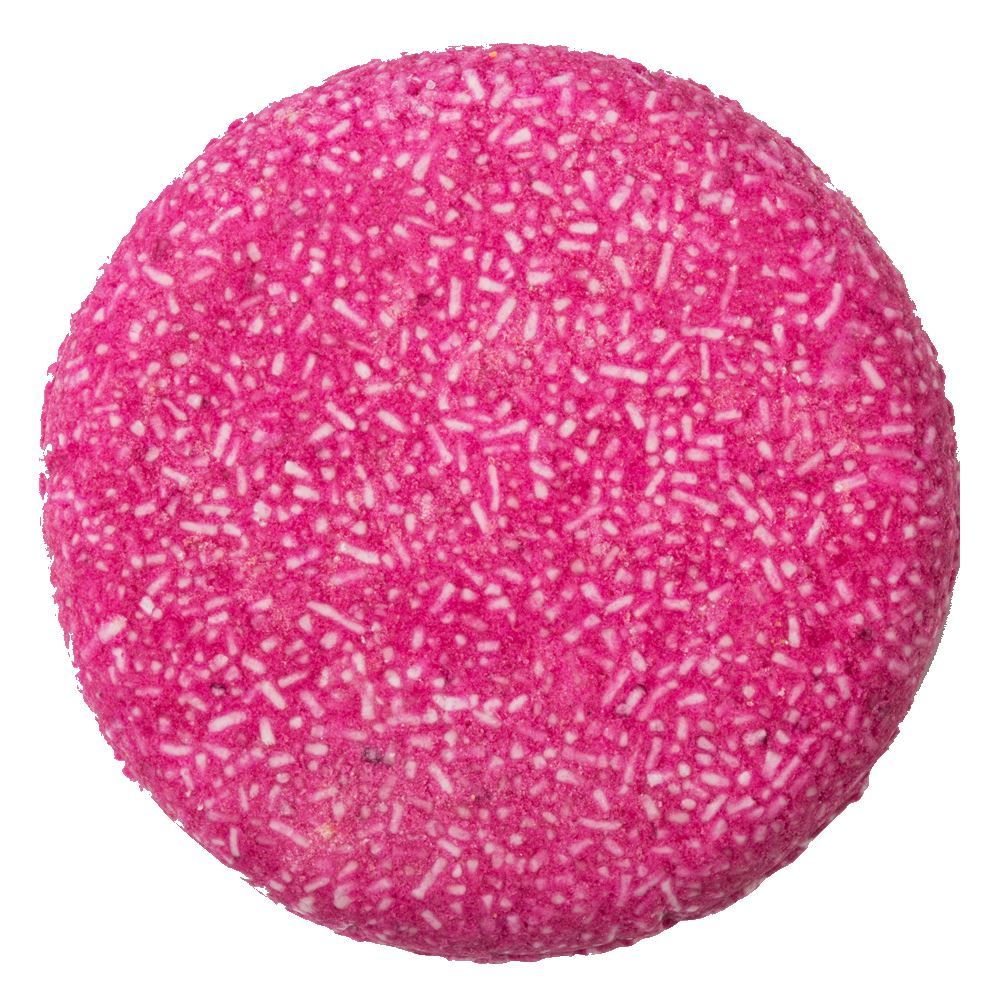 Having used a lot of Lush shampoo bars and always loving them, this one really took me by surprise. I bought it because of the amazing smell and the claims. However, this fell farrr short of my expectations. For reference, I have fine, smooth hair which normally shine beautifully after shampooing. However, after using this, i noticed that my hair was stringy and stuck together in clumps. The ends felt almost sticky and dry at the same time while my scalp was so oily, it looked like i haven't washed my hair in ages. To add to the disaster, i constantly had to clean my hairbrush because of build up that looked 'dusty'. This shampoo leaves a ton of residue on the hair and scalp and while i am not prone to dandruff, i can see how it would totally cause itchy scalp. I went back to regular drugstore shampoo that my husband uses and it totally restored my hair to its usual feel and texture and my hairbrush no longer has that weird residue. Too bad this was such a big fail because it smells sooo good. I will use it up as a body soap but will never repurchase again. I will go back to my tried and tested bars. ( HIWMY, Seanik, New)

I tend to avoid Lush products (I like what they stand for in terms of environmental friendly, fair trade morals, but I dislike the pushy salespeople and &quot;natural is better&quot; advertising). I bought this because it's one of the only shampoos available in NZ that doesn't contain coconut, which I'm allergic to (gives me bad body acne, and is found in almost all skin and hair care products)... Well okay if we want to get technical then it contains SLS which is *sometimes* made from coconut... but it's listed as coconut-free on skinsafeproducts.com so I'm gonna go with that because there are seriously so few options left for me. I believe it may have been reformulated because I haven't had any issues whatsoever with lathering or crumbling. I just wet my hair and then rub the bar on my scalp two or three times, and I get HEAPS of lather. Seriously, more so than any other shampoo I've ever used. I don't bother rubbing it between my hands or wetting the bar at all (although it catches some water when I'm standing under the shower head and rubbing it in my scalp). The smell is strong as others have noted - I have an ensuite so my whole bathroom, bedroom, wardrobe and even the area in the hallway and stairs smells of this after. I like the smell so it's not an issue, but it makes me worried that I'm one of those jerks who has a crazy strong perfumed presence that will bug others who don't like the scent.We all know someone who insists on smelling strongly to everyone else because they think it's their &quot;signature&quot; and yeah I don't want to be that annoying selfish person. I haven't reeeally noticed it leaving an overly strong after scent on my hair (if anything, I smell my conditioner more) but there's a chance I'm just desensitized to it? My hair is very fine, but I have a lot of it. It gets oily fast and looks flat and greasy if I go a day without washing it. This shampoo still gives my hair some lift and body to it even on the second day so that's awesome. My hair looks and feels very, very soft afterwards. It gives me the perfect amount of volume and softness - every other shampoo I've used in the past either gave me so much volume my hair was dry, or was too shiny and looked flat and lifeless. Storage is a pain. You have to remember to remove it from the shower and put it somewhere to dry every single time you use it, or parts of it melt onto the shower caddy and get stuck. I haven't had any issues with it crumbling, because it's actually just so soft from absorbing all the moisture. Even if I didn't have my coconut allergy I'd still buy this, and I don't say that lightly because I hate spending money on expensive shampoos and conditioners. Update a month later: Alright, I have had issues with this crumbling and breaking, and that started around two or three weeks in. So far it's just annoying but not prohibitive. I do strongly suspect there's some other ingredient in this that is irritating me because I tend to get pimples on my shoulders after using this, and my hand dermatitis gets very dry and itchy as well. I haven't narrowed it down to this item yet, but I'm preeeetttttyy sure it is this. I'm leaving my score unchanged for this though, because performance wise it's still great and my allergies are my own issue and not indicative of overall quality.

I requested this as a sample from Lush and am so sad that my tiny little piece is wearing away. I didn’t really want to love this product so much because it’s basically straight SLS but it ROCKS! It leaves my hair soft, shiny and light, with an amazing rose jam scent. I have issues with my hair having little volume as it is fine and there’s a lot of it and this does the trick!

Oh, Jason! You and your team of Argan Oils just do it’s magic! LOOOOOVE the smell! Smells extremely similar to the Rose Jam body wash. I love you, Jason and your argan oil. You are amazing!!!

I got this product as a gift from my Aunt. I was so excited to try it out because I haven't tried and heard anything about shampoo bars!! Which was super amazing and awesome. I tried it out at night and OMG I love, love, love the smell. So sweet and omg just amazing scent. But cons is it actually really DRIES my hair!! Like my hair was REALLY dry after I wash it with this shampoo bar! But it was weird because it actually gives shine to my hair but dries my hair at the same time. Well, my hair looks amazing but does not feels great at all!! :(( wasn't expecting this from lush as it promises that it would be soft! But, the scent yep I said its amazing! It even made my bathroom smells amazing after I use it. I would definitely finish this product but not re-purchasing it as its quite pricy...

I got this in a gift set and was actually really surprised at how long it last. The smell is amazing and I use it as a treat aside from my everyday shampooing at the weekends.

Didn't really get to use this, it fell apart after 2 uses and most of it went down the drain. I returned the rest to the store. It felt stripping and I found my hair was really dry afterward, despite it being advertised as leaving hair shiny and soft because of the glycerin and argan oil. The scent was absolutely amazing though!!

I love the concept of a solid shampoo and Lush is by far one of my favorite brands. I have used the &quot;new&quot; and the &quot;seanick&quot; ones and I love them both. But I'm the kind of person who loves to try new stuff and so when I ran out of the solid shampoo &quot;new&quot; I decided to try the &quot;Jason and the argan oil&quot;, and that was an unfortunate decision. This shampoo doesn't really clean my hair and also it does not provide any moist to my hair. I go out of the shower with a greasy looking hair. I still give it a 3 lipsticks because I like the Brand's policy and the fact that this is a shampoo with high quality ingredients. Even if it doesn't make my hair feeling great it is not terrible. Guess I was expecting more from it.

SkinNormal, Tan, Not Sure

My hair is short mostly virgin blonde, thin but lots of it. I wash it every day. Full disclosure my skin and hair are becoming oilier due to hormone levels. This was my first solid shampoo, Rose Jam scent is my favourite. I used it twice and each time my hair felt clean and soft but was overly oily and limp by 16hrs later. My hair is wavy and it had great almost curls, ends that are still processed felt great, the scent lingered all day, I really really wanted to love it and the piles of bubbles I moved from my head to wash my body. However it just didn't clean enough even without conditioner. I'm giving my bar to a friend with a wild mop of curls and hope she does better with it.

I am very disappointed with this product. It was quite difficult to lather and I noticed it left my hair feeling quite dry - despite this product having argan oil in it. It also made my semi permanent hair dye fade after using it just once. I would only reccommend it as a clarifying shampoo, if you're going between hair colours and want a colour fade!