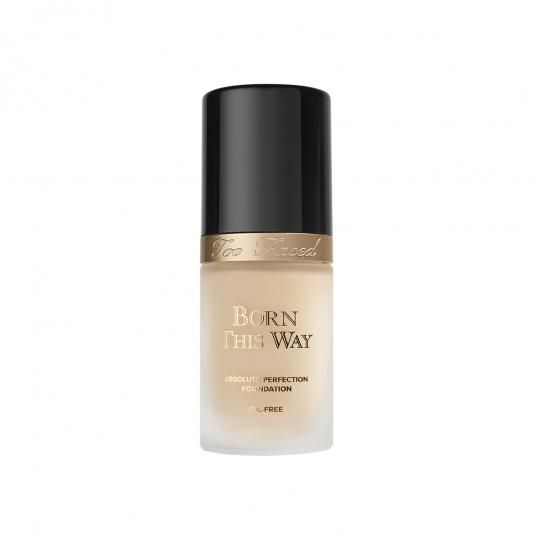 ATTENTION OILY SKIN PEOPLE SPOILER: THIS IS AN AMAZING PRODUCT!!! I have massively oily skin, and I stay in a tropical country high in heat and humidity (Malaysia). This foundation is my holy grail now, because it's the only one out of so many that has managed to stay on my face well enough for hours on end, withstanding oil and sweat. I've tried Tarte, MAC, Fenty, Huda, Sephora, Innisfree, and all your drugstore foundations but none have ever been as great as this one. Despite having very oily skin, the foundation keeps the moisture locked in and for some reason keeps the oil at bay - I only have to blot maybe once or twice when I wear it for 8 - 10 hours. It also keeps my face looking dewy and fresh! Yes, this is NOT a matte foundation, but it doesn't matter at all because the oil is well controlled. It also doesn't look fake or caked on like many other foundations - this looks like a natural second skin. Yes, it oxidises slightly. My main complaint about foundations is that they don't last through oil and sweat. However, I've worn this for up to 12 hours and it still stays on, although admittedly it was worn in a fairly air-conditioned environment. I've worn it through rain and sweat outdoors - after 5 hours it was still on, which was a huge shock to me. Fenty's was the worst of the foundations I've tried - just a little upper lip sweat and it becomes incredibly patchy, moving around the face. MAC's Fluid Fix was so far the best for my skin until I tried this foundation. I sweat A LOT, especially so in the humid weather, and this foundation stayed up like a champ - even better than MAC's Fluid Fix and L'Oreal's Infallible Pro-Matte (in that order). I am willing to pay RM 143 for this foundation - it is very expensive, but I don't exactly have much of a choice. Would be nice if the price was slashed further to make it more affordable for everyone else. The downsides of this foundation is that the bottle is printed frosted glass - which makes it impossible to recycle. It would be much better if they stuck a label on a plain glass bottle instead. Another downside is that it doesn't have too many shades available, so for those with more complicated skin colours, you might have to mix. Wish it came in more shades so it's more inclusive. Protip: To get full use of this, use IT Cosmetic's Your Skin but Better Oil-free primer. I've tested this foundation on several primers, and the best payoff was with this particular primer. It really grips the makeup well and doesn't allow it to move around. These are now my two holy grail face makeup items. I am an NC 20 for MAC's Fluid Fix, so the shade 'Vanilla' for this foundation is great for me. Hope this review helps!

A high silicone based foundation. This reminds me of that Physicians Formula Spotless foundation. Very oily and not flattering on my skin. I wouldn't repurchase.

Initially upon application, I absolutely love this foundation. It has a lovely, dewy and skin-like finish that looks very flattering. I apply with a damp beauty blender and still get very good coverage. My issue with this foundation comes in after a few hours wear in the form of a very oily/greasy and unflattering look. No matter whether I wear primer, set with spray or mattifying powder, I will always look extremely oily after about hour 3 to the point where I've had people comment how greasy my skin looks. I've tried different application methods, different bases/moisturizers, allll the setting products to no avail. I generally have to blot about 3 times a day for this to look nice on me, which isn't always possible. Despite all the blotting and greasiness, this has good staying power, so that's a positive. If it weren't for the greasiness that comes with it, this would just about be the perfect foundation for me because that aside, it is a really beautiful foundation.

I love how my face actually has a bit of a sheen to it &amp; not just from my setting spray. The finish is really nice and natural and holds up well throughout the day. it still looks great! With it w/o primer it sits so well and it literally looks like my skin, but better. I love this foundation and I’ve recommended it to all of my girlfriends/guy friends who need a new foundation.

I've gone through oily skin to normal skin. And I've finally decided that it is not a good foundation for its price. For oily skin without any dehydration, it goes on beautifully. But then within 3 hours, it becomes super greasy and much darker. No creasing or breakup, just greasy. Also, it transfers everywhere. (I only apply less than a pump. To be fair, the coverage IS medium to full) Now I have normal skin with some dry patches occasionally. Now it clings to every dry patch I may have, and definitely doesn't look like real skin. Longevity wise, its better, but there are plenty of foundations that last as long but cost less fortune. Shade wise, I'm NC20 in MAC. Shade Ivory is ever so slightly paler but the undertone is spot on - a very bright, saturated yellow shade. Once it's oxidised, it doesn't turn orange, but a darker yellow shade.

I have acne-prone normal skin that varies from dry (winter) to semi-oily (summer). PROS: - Sits amazingly on my skin, I typically do one very thin coat and will have a very natural, satin finish with it - Will last all day IF i use it correctly (see Cons) - Perfect medium coverage - Great yellow undertones - No breakouts CONS: - I CANNOT use ANY dewy setting sprays with this or else I'll be greasy later in the day. This product performs best with only powders on top. - It's definitely not heavy, but keep in mind if you use a lot, or if it's hot outside, you can feel it on your skin. - Not exactly a 100% con, but you really have to blend it completelyyyy out to make it look flawless. For example I use a brush and this can collect weirdly around my nose if I'm not careful with the application. But when I do I love the outcome!! Sponge is best for sure. I've been really enjoying this foundation but I do think I have other favorites depending on the time of year. I'd like to add though that for me, this is the PERFECT winter foundation.

I'm really dissapointed with this foundation since I thought it would be great for my combo, dehydrated skin. It looks okay when first applied and sure it is hydrating but it has no staying power whatsoever. In just few hours it started to break up and crease and ended up looking horrible. No matter what I used under this foundation the result was the same every time. It's really not worth the price. Maybe this could work on really dry skin but even then I think it would at least transfer like crazy.

When you first apply this product it looks very natural and flawless however during the day it does not hold up. After about two hours you're left with a face that looks like a grease ball. I would also not buy this as it causes breakouts and those weird bumps/texture. Also, some pale shades pull very orange so be careful when colour matching!!

At first this looked beautiful both on the mirror and in photographs. But throughout the day it started getting cakey and with a terrible aspect on my nose and mouth area, to the point I had to wash my whole face in the middle of a workday. I must say I sweat a lot on the face but with foundations such as Lancome and Dior - and even cheaper ones such as MAC's Studio Fix Fluid it was NOT a problem. I used it with serum packed with hyalluronic acid and my Biore Bright Face Milk (sunscreen) - as with the other foundations I cited before - to protect my skin from UV rays and pollution, and set the product on with a national-brand banana powder. The result at the end of most days was unflattering - especially at the hotter ones. I didn't understand the hype around this product - with a couple more of bucks you can buy much better foundations. I will not throw it away since Too Faced is not a cheap brand in my region, but this one is definetely not a favorite. (I must note the packaging is lovely).

I have normal skin type and really like this foundation. has a really silky flawless finish that is buildable to upto full coverage. I have used this foundation for professional photographs in events and found that it photographs well.