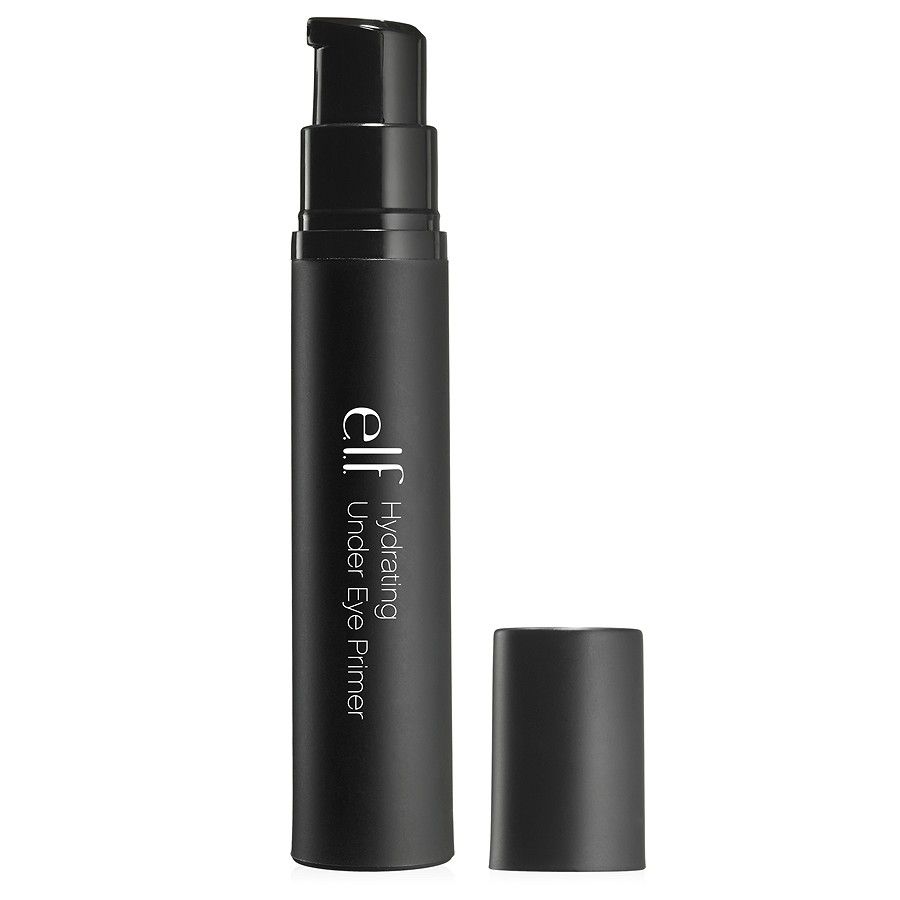 I always make sure I have backups of this product. Its only $3.00 and I only use a tiny amount each time. Depending how my eyes look I will either use this First give it a min or 2 to set and than put concealer on. It Definitely helps concealer stay and look more natural. It keeps it from looking caking and drying out. I also mix this with concealer to thin out the formula and kinda sheer it out. This works great mixing it with shape tape. The other way I use it is completely by itself. It very subtly brightens the under eye area and smooths it out. Kind of gives it a soft finish look. CONS... If I use to much it will pill and just look super shiny. Even when using it by itself with nothing over top it has a shine too it. This is easly fixed by dusting some powder over it. I use a tiny amount on real techniques setting brush and it takes the shine away. Also try to store this upright bc if it falls to its side sometimes you will be pumping it forever with nothing coming out. I have used this along side smashbox under eye primer and there is a difference in the thickness. Smashbox is thicker whereas ELFs is more liquidy. But I found ELFs works better for me when it came to mixing with concealers. The price is definitely better too. 29.00 compared to 3.00

I like this hydrating under eye primer. It's great for preventing that dry, crepey look when applying concealer and blends well with other products. Can't beat the price so I would buy it again. It's not a replacement for eye cream.

This was dirt cheap (I purchased from iherb) and not bad at all. I use 2,3 pumps for all over my face. It leaves a soft matte look. I can't say it works wonders as sometimes I can't really tell that much of a difference when using it with or without MAC strobe, but it's a nice cheap alternative if you want to use a primer.

This is a good item for undereyes. It is a very lightweight lotion with a pale pink tint so the color helps a bit with concealing. I have oily skin and can't use a heavy moisturizer under my concealer, so this is perfect. The pump works well--it doesn't dispense too much product when pressed, though a tube would allow less product waste. I can't tell if it's extending the wear of my concealer, but it's not making it worse and makes it go on easier.

Hell no! This made any and every concealer I put on top apply so patchy! (this includes Colourpop, Milani retouch+erase, Maybelline fit me, and LA Girl pro conceal) It didn't matter if I didn't wait for the primer to set before applying concealer, or if I waited 10 minutes, or 30 minutes, or even hours, my concealer would apply so patchily! I think this problem is due to how sticky it is - it just ends up grabbing onto the concealer in certain spots, and the concealer won't blend properly. I honestly don't know why I seem to be the only one with this problem.

I have been using this undereye primer for years it's does keeps my under eye looking great, it stays in place and works well with any under eye concealer and guss what? It has a pump. this primer is one of ELF'S Hits . definately not a miss . it does what it's supposed to do .definately recommend this under eye primer.

This stuff is really GOOD! Honestly I was expecting it do be a total fail and do nothing. It was cheap and I was placing a big order on E.L.F brushes when they had their 50% off the entire site and the reviews looked very good on ULTA, so for $3.00 I picked up a couple of them. It makes my concealers go on so much easier, and really helps with creasing and they stay put without baking it on. I have fine lines under my eyes and baking always seems to accentuate them. The one thing I did not expect was that it makes my skin under my eyes look so much better. I'm reluctant to use under eye creams with concealer because sometimes it can tend to make it slide around but with this, it doesn't and my under eye area looks great when I take off my makeup. No irritation, no stinging, it feels nice and refreshing unlike the E.L.F. Illuminating Eye Cream which is junk in my opinion, and burned really badly. LOVE IT! I love it so much I just added a few more to my ULTA bag before I checked out. A great product to stick in my makeup gift baskets for friends and co-workers. Benefits: Infused with Vitamins C &amp; E, Shea, green tea, aloe, and ginkgo biloba to nourish and condition the skin Sheer, silky smooth texture reduces the appearance of fine lines, puffiness, and wrinkles The one thing that I don't really like is the ingredient list.... but it works for me, it doesn't irritate and my eyes look better so I'm not going to complain that I would like to see the Vitamins C &amp; E, Shea, green tea, aloe, and ginkgo biloba higher on the list. I'm not a chemist so I leave that up to them. For all I know if those were higher up I might not like it as much. Ingredients: Water (Aqua), Caprylic / Capric Triglyceride, Glycerin, Paraffinum Liquidum (Mineral Oil), Dimethicone / Vinyl Dimethicone Crosspolymer, Cetearyl Alcohol, C12-14 Pareth-12, Steareth-21, Polyisobutene, Steareth-2, Polybutene, Ozokerite, Butyrospermum Parkii (Shea) Butter, Tocopheryl Acetate (Ve), Phenoxyethanol, Ethylhexylglycerin, Polyacrylate-13, Polysorbate 20, Methylisothiazolinone, Ascorbic Acid (Vc), Ginkgo Biloba Leaf Extract, Chrysanthellum Indicum Extract, Silica, Green Tea Extract, Aloe Barbadensis Leaf Extract. May Contain: Mica, Titanium Dioxide (CI 77891), Yellow 5 Lake (CI 19140), Red 40 Lake (CI 16035).

Wow wow wow!!! I have thin, crepey under eyes that always crease with concealer. I was at Ulta and saw this, just thought it would help with my problem. I was shocked when I applied it for the first time. It feels like an eye cream and immediately gets rid of my creases! It is moisturizing but not greasy, does not pill up, it is just perfect!!!! Plus it comes with a pump! And for the price! You honestly just need to run out and buy this. I am already telling my mom, grandma and everyone I know to get this. Good job E.L.F! Thank you for making such great yet affordable products!!

This is a surprisingly fantastic cream! Never would I think for the price (very inexpensive) that this cream/primer would work sooo much better than most of my high end brands! It moisturizes, reduces puffiness and smoothes out most fine lines. It's a great base for applying concealers. The packaging itself is clever- slim, black, shaped as a perfume atomizer, with pump action. Its excellent for travel! A defin repurchase!