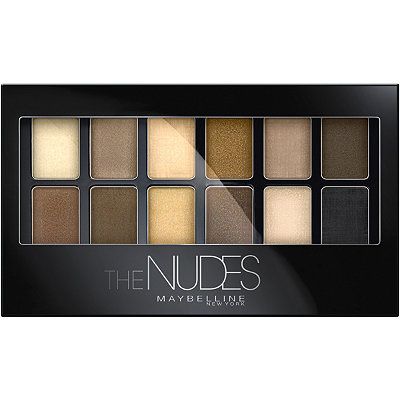 Nice selection of colors but i didn't love this palatte....

It's a good palette if you don't want anything too luxurious. These colors are great for work. I prefer more pigmented eyeshadows so I gave this to my mom and she loves it. :)

Very wearable! I have worn every shade, which is rare in a palette. But these shades are very natural, and compliment any age group, and skin type. I wish the matte taupe shades were sold as singles, as I'm hitting pan on these shades very quickly. I use the black shade as liner, and it looks beautiful (not so harsh as regular eyeliner). I love using the very center four quad shades the golds are stunning! I like this palette better than UD and other high ends. I am going to be sticking with this one!

As eye shadows these work fine if you are a beginner, however these are not the best quality whatsoever. The frosty and gold shimmers have zero colour pay-off. I do enjoy using the fifth colour in the top row as an eyebrow powder when I have my brunette hair.

This palette is not very pigmented, and the light shimmers have a strange cakeyness to them. It's difficult to build color without it looking splotchy, and it doesn't last very long...even with primer. You can make it work with this palette, but it is certainly fussy.

I was excited to try this palette. Considering its nude colors selection and the price tag, they were Perfect! I used this palette for over a year, and during that time I also purchased WnW's Comfort Zone palette. I thought I was going to love it, but this palette came as far as a 'meh' for me (especially when I compared it with WnW's Comfort Zone which was almost two times cheaper than The Nudes). The colors were nice, no objection, and the swatches looked ok. However, when I put them on my eyelid, they were not as pigmented as seen on the swatches on my arm. The colors intensity weren't that great and because of that, they didn't last long on my eyelid. There were a few times when I used The Nude since in the morning, and by around noon my colleagues would asked me if I were wearing eye shadows??! Surprised. I looked myself in the mirror and there was literally almost nothing showed on my eyelid! Some may argue that this is a drugstore brand and expectation should be kept low, or that I need to 'work' with it more if I want it to work. Well, hey! WnW's Comfort Zone is almost two times cheaper (like I mentioned above) but it works as good as many high-end palettes (UD's NAKED, for sure). So the understanding (and perhaps, acceptance) of drugstore products mean mediocrity is not true here. When I had already tried other cheaper drugstore palette like WnW and found out that it was much better than The Nude. I still kept The Nude, but to be honest, I never reached for it. I might used for it when I need light makeup...or when I feel like using it....I 'might'.

Not worth the money! The colours look very pretty in the box but that's it - the pigmentation is so bad/weak that unless you apply a cream eye-shadow first, they barely show, even with multiple layers. I also bought &quot;The Blushed Nudes&quot; and they are just as bad. I tried using the lighter shades as a highlighter but they didn't work. The worst palette I've ever bought!

Pros: - Nice nude colors - Some are matte, some are a bit shimmery - On the back, it shows you different ways to wear them - Good pigmentation - Last for 6+ hours (that's how long I wore it) Cons: - No mirror! :( - Cheap eyeshadow sponge thing instead of a real brush This is overall a pretty good eyeshadow palette, probably one of my favorites from the drugstore! You can use it for everyday looks, or use some more shimmery shades for a glammed up day! EDIT: the pigmentation sucks on the shades I wanted to love most - the gold one, the sparkly brown, and the beige. Ugh.

defiantly not one of maybelline better products I have to build n build n wet the brush to get any pigment payoff and it seems all the pallets in this particular line the rock nudes and the other one is the same I have all of them buying hoping the next one would be better than the one before, but same issue no pigment payoff I wish these cosmetics companies would listin to the customers and make changes where needed defiantly a No Maybelline No.