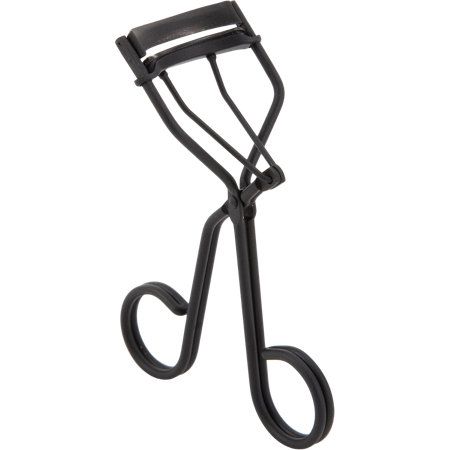 I never understood what the hype was with eyelash curlers until I tried Surratt’s. I’ve tried Shu Uemura, Revlon and Tarte eyelash curlers. None of them come close to Surratt’s. It is very springy and curls my lashes hardcore. I can’t just do it without focusing in fear that I will rip eyelashes out. It gives you a really intense curl unlike any eyelash curler I’ve tried before. I have small, hooded almond shape eyes and long, slightly curled eyelashes. I wouldn’t say they’re completely straight but this curler does wonders for them. The shape of the curler fits my eye shape perfectly &amp; I love the sleek design. Worth every penny.

Since Shu Uemeura changed the shape of their curler, I've been searching for one that holds a curl and works with my sort of average European eye shape, sort of roundish almond, not big, not small. Chanel worked great but once it lost it's spring, I was able to replace it once and then they seemed to have discontinued it. The Suratt works just as well and is a better quality - the Chanel just didn't feel solid. In fact, the curl is more natural than the original Shu.

AMAZING AMAZING AMAZING... TRULY THE BEST!!! CAN NOT PUT IT DOWN, I USE IT EVERY DAY TO GET SUPER LONG LOOKING LASHES. I DID A REVIEW OF THIS CURLER ON MY YOUTUBE CHANNEL, HERE'S THE LINK: <object onclick="ga('send', {hitType: 'event',eventCategory: 'Ajax Interaction',eventAction: 'PlayVideo',eventLabel: ''});" width="360" height="320"><param name="movie" value="https://www.youtube.com/v/SIfW2q0wOkY"><param name="wmode" value="transparent"><embed src="https://www.youtube.com/v/SIfW2q0wOkY" type="application/x-shockwave-flash" wmode="transparent" width="360" height="320"></object> GO CHECK IT OUT!!!

I purchased this eyelash curler after reading all of the amazing reviews! However, I honestly don't get the hype as it did not work for me. I am so disappointed! Pros: Comfortable to use, fits all of my lashes, great curl straight after use Cons: The curl lasted about an hour! I paid $45 AUD at Mecca for this product so I was expecting big things. Not worth the money unfortunately :(

Outstanding eyelash curler. Not sure why or how but it's better than the competition. It just fits the eye perfectly and never pinches. HG status for sure!

I also have the Shu, Shiseido, Kevyn Aucoin and most recently Surrat's. This is my HG eyelash curler. I have had it since its release and it is the perfect one for my eye shape. My eye shape is almond (asian eyes), eyelashes are long but very straight. I have tried all four in the last few years, starting with the Shu in my college years and most recently Surrat's. Triplexm did a great review of this and I concur to most of the benefits of this eyelash curler. For convenience, I have measured the four eyelash curlers and concluded this: - The ones with the most arc would be Shu Uemura's and Kevyn Aucoin's. I measured a 10cm arc and both have the same exact arc. Both are also Japanese influenced but i see that Aucoin's is made in China vs Shu's in Japan. I have had the least success with this arc because of my eye shape. I never seem to get a good curl, and I am left with an L shaped crimp at the outer eye. In trying to get to the base of the lashes, i tend to get pinched. Surrat's gives a beautiful curl that holds without getting any of my skin snagged or pinched. -The least amount of arc is Shiseido's and Surrat's. Both are made in Japan and have the same exact arc. They have a 7cm arc and a bit flatter vs the two above. I have had the best success with this type of arc. It covers my whole lash line and it curls evenly throughout. - The opening of the curler plays a part for me because I always get pinched when the opening is not big enough. So from least to greatest in terms of lash curler opening would be Shisedo and Shu (both 7cm), followed by Surrat's (9cm) and the most wide is Kevyn Aucoin (11cm). It was a pet peeve to always get pinched but never be able to reach the closest to the lash line, so I do like how Surrat's was open enough to reach the base of the lashes and give a nice curl (without tugging or pulling lashes!). It is true that Surrat's doesn't require too much pressure compared to Shu, which has the bounciest pad. I have since re-ordered a back up from the VIB Rouge event and I have one in each makeup bag. Yes, it is the most expensive of the four, but it is also the most sturdy and luxurious (it has its own little chain with Surrat's name on it!). I also find that Surrat's has the biggest finger loops and that the other three have similar finger loops that are much smaller. Each of the four have come with one extra eye pad, but the Shiseido has the most accessible replacement pads. I have used the Shiseido replacement pads on all four and i honestly don't notice a difference, so i continue to use those as my pads if i run out of the original ones. Overall, a great eyelash curler and one I highly recommend.

So, to provide some basic background, I've tried the Shu, the Shiseido, and the Kevyn Aucoin eyelash curlers. While the Surratt is my favourite, the Kevyn Aucoin is a fairly close second. The Shu and the Shiseido really didn't work for me for reasons I'll get into below. My eye shape: I have very large, wide eyes that skew a bit rounder than the classic almond shape. They're not particularly deep set or protruding. I also have a defined crease. My lashes are super long but annoyingly straight and they're terrible at holding a curl. So my requirements for an eyelash curler are: a) arc needs to be long enough to fit all my lashes into it; b) I prefer a less curved shape (ie flatter arc) rather than an extremely rounded curve as the latter tends to pinch the outer edge of my eyelids; and c) able to deliver a natural curl, not crimp my lashes into an L shape. The Surratt curler is interesting because it has a very wide opening and a super long arc but the curve of the arc is pretty flat (esp compared to the Kevyn Aucoin). To me, this is perfect because the opening is able to comfortably fit all my lashes in at once and the shallower curve doesn't pinch my outer eyelids (which was my major beef with the Aucoin). As for the Shu and the Shiseido, I found those both extremely uncomfortable and they always pinched my lids. Both also tended to crimp my lashes into an unnatural ninety degree L shape instead of giving a natural gradually sweeping upwards curl. I don't believe that the Shu and the Shiseido are bad curlers, btw, just that they are not suited to anyone with large rounded eyes. They would be good for almond shaped, small to medium sized eyes. The shallow arc of the Shiseido would work really well for monolidded eyes I think. If you have large round eyes like me, then I'd say go for the Surratt unless you have very deep set and/or heavy-lidded eyes in which case the Kevyn Aucoin would probably be the best pick. Anyway, back to the Surratt. It's a very sturdy well constructed curler that feels more substantial than any of the others. It isn't floppy and loose with a tendency to swing all over the place (if you've tried the Shu, you probably get what I mean). The Surratt also has a firmer rubber pad, versus the more springy ones in the other three. I prefer the firmer pads of the Surratt as they are much more durable and continue to be effective for 6 months+. The flimsy construction of the Shu combined with its springy pad meant that it stopped being effective for me after 2 months. So there's an appreciable difference. And with the Surratt curler, you barely have to apply any pressure to get a lovely, curled lift to your lashes. Felt weird at first since I was so used to clamping down hard but the Surratt is constructed in such a way that you don't have to do that. And the curl holds, people!! Even after lashings of non waterproof mascara. Oh, the Surratt curler also comes with a spare rubber pad. I don't think that you can buy replacement pads unfortunately but in my experience, most eyelash curlers get looser over time so buying a new one isn't so bad. Cons: None. Okay, if I wanted to be veeeeery nit picky, I would say that I miss the red strip of the Kevyn Aucoin curler which enabled me to see whether all my lashes were positioned correctly. With the Surratt, the matte gunmetal finish makes it more difficult to see what you're doing and also tends to show eye makeup buildup very clearly (not necessarily a bad thing, but I'd prefer not to know just how badly I need to wash my tools every time I use them!) To sum up, this is my favourite curler to date and I really notice a difference, both in terms of enhanced effect and comfort level. That said, I don't believe there's any one eyelash curler out there that is going to suit everyone. It really depends on your eye shape and, for most of us, finding the 'one' is gonna require some trial and error. One tip that helped me determine that I had round eyes rather than almond shaped (which is the default category most of us assume we fall into) is this test thing I read...well, somewhere online. That's about as specific as I can get lol. But yeah, basically look in the mirror and see if the whites of your eyes are visible below your irises (the coloured part). If you can see the whites, then you have round eyes - if you can't, you probably have almond shaped eyes.

Best $30 I have spent on a beauty product in 20 years, because its the only lash curler that actually works on my small, slightly hooded almond shaped eyes. I'd actually given up curling my lashes. I've tried everything from Revlon to Shu Uemura. The Surratt curler eliminates the two main problems I've had: Pinching and not being able to get all my lashes in the darn thing!. First of all, the arch of the curler is flatter than most. With the deeper curve of a standard lash curler I was never able to get the middle section of my lashes in the curler without pinching the corners of my eyes! Even gave myself a small bruise once. Second, the opening one inserts the lashes into is easily twice as wide. This enables me to maneuver it more easily, thus no pinching and I can get all my lashes in. My curl lasts all day, especially with a waterproof mascara. If standard lash curlers haven't worked for you, give it a try.

I have very deep-set eyes and have had to use a mini (Vincent Longo) or half-width lash curler because I was unable to find one that would curl all my lashes at once without either missing most of them or pinching my lid. With this tool I can curl all my lashes at once without injury, which is great. However, I don't get the great curl I get with my small VL curler. I use it when I'm in a rush or when I'm doing a casual look and don't want a dramatic curl; when I want CURL, it's back to my old reliable VL curler. It's a well-made, quality tool, but I would not repurchase.