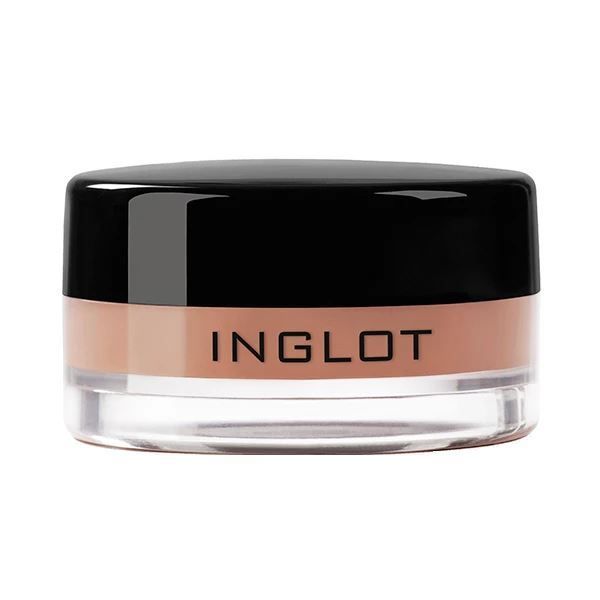 This concealer is different to everything i've ever tried before, it is REALLY creamy, it looks almost oily but doesn't feel heavy, cakey or oily on the skin, the consistency actually helps to blend it quickly. Also I wasn't expecting this to last all day or cover my dark circles but it definitely did. Great coverage. The creasing is there like in every other concealer ever, but can be fixed with a little loose powder. I love it to wear it on its own on my skin, like for days when I don't want to do a full face but still don't want to look dead lol. I have tried it with foundation and I think it works better for no foundation days, or under foundation but not on top as the consistency messed with the foundation, anyway alone with a little bit here and there and a touch of powder gives you the awake naturall glowy lewkk I will repurchase this item as I haven't found anything like it before!

The Green pot is the best concealer I've found to correct my Rosacea. Believe me, I've tried everything green or yellow from every brand out there, and this is the best. I use a Shiseido flat top kabuki to apply a thin layer to my cheeks, nose and chin and the results are amazing. I can also use a smaller brush to spot conceal any spots or pimples. I recommend this to anyone I know w Rosacea and am so excited Inglot have opened a store here at Chatstone (Melbourne, Australia).

Nope! Can I just say my concealer turned green! Yes, its a weird greenish color on the sides. Anyway, I knew I shouldn't have got this as I was in the store about to purchase it. I should have tried their other one that comes in a squeeze tube thing but what can I say? I love creamy concealers, especially when they come in a jar! So I had to try this. I don't like it. It creamy but really thick, sticky, and shiny so it doesn't set properly even with powder. I would say its medium to full coverage which I'm not a fan of (which is no fault of the concealer). Because of the consistency, blending is a mess. Its also not as pigmented as it seems. When I blend mine out it tends to turn into a weird very cool toned almost ashy type colour. It doesn't mix well with other products. Every time I try to combine it with another concealer it looks terrible and so I stopped using it under my eyes. Actually I've stopped using it in general so I'll probably just throw it out. It also tends to highlight any texture I have on my skin and makes bumps look ten times larger. There are just no redeemable qualities for me with this product. It doesn't blend, its too thick, it doesn't set, its shiny and sticky, the pigment is way off, and it doesn't look pretty. I would say don't bother with this product. Just side step this one in the concealer search and try something else.

A friend recommended me this concealer in the peach colour for underneath my eyes and I love it! I have oily skin so I was worried this would be too heavy but it works fantastically! The concealer completed eradicated my under eye bags and it stays all day. Will definitely buy again!

When going up to Chicago to shop around at Macy's for my HG concealer, I stumbled upon Inglot, which was a brand I'd admittedly never heard of. Since the product was only $10, I didn't hesitate on purchasing it. Best decision ever. This concealer goes on so smooth and it is highly pigmented. I only needed two coats to cover my extreme dark eye circles and I have never had a concealer I was so pleased with. After years of searching, I finally found a product that hid my circles. I've even gotten compliments on how nice it looks. I have found no flaws in consistency, with minor creasing. You will have to set this concealer. Pleasant smell (Actually kinda cinnamon-y, lol!) and its just so comfortable! I whole heartedly recommend this concealer by Inglot. Love it!

I did not like this product. I find wherever I apply it, goes shiny throughout the day thereby attracting more attention to the blemish. The packaging is also inconvenient - it's in a small jar so when I dab my finger in there most of the product gets caught under my false nails. Mostly though I hate the shine factor .

I previously tried Inglot's liquid concealer (called Cream Concealer) thinking it'd be good for my oily skin. Despite my luck with other Inglot products, it made my undereyes look dry and scaly no matter how moisturized they were and how little I used, and it didn't even last long. I exchanged it for the AMC Cream Concealer, and this lil jar is amazing! The texture is thick but it blends very smoothly and doesn't look caky even if I accidentally apply with a heavy hand. Though the formula is very emollient, the concealer lasts a workday for me if I set it with powder. There's a little bit of creasing but it's inevitable I think; then again I'm young and don't have many wrinkles yet, so I can't say how it will fare on more mature skin. I wouldn't say my dark circles are totally gone but they're much less noticeable without it being obvious I'm wearing concealer, and they look hydrated. The cons are that yiu do need to use a setting powder with this because of the thick, shiny formula, and it was hard to find a shade match (I picked 67 which is a tad dark but the next lightest shade was too light). Overall, great product with a great price ($10).