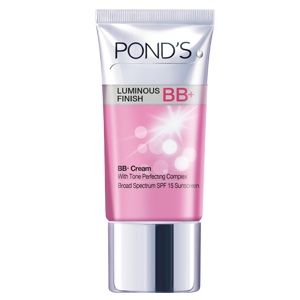 I have been searching for ANY of this product, in medium!! It is the only one that works for me and it is discontinued! Does anyone have any they are willing to sell to me? New or used, I will GLADLY take it off your hands. By the sound of it some of you have bought it and it does not work for you, don't keep it, SELL IT TO ME PLEASE!!!

I dont think I can really do a fair review on this bb cream, but I can say that if you are olive toned, like me, this is not going to work for you. The undertone is too pink so I ended up looking pretty ashy. Also I didn't find this bb cream that long lasting. Mini update: I tried to use this bb cream to lighten another foundation I have that is the right undertone but a bit too dark. It completely sheered out my foundation, leaving me with zero coverage. So this is not good for lightening other products either.

I love this bb cream, I love the scent smells like roses &amp; it covers nicely

Perfect, except it is waaaaayyyyyyyyyy too pink for me, I'm like a simpson. Sigh.

this product is no longer carried at my drugstore, i think its dc? but onto the review. this bb cream can provide a good medium coverage, it is soo creamy but not thick at all, very moisturizing, and not greasy at all. it is the perfect winter time product to use. i first tried it out in 2013 but then ventured out to explore other options and then forgot about this product until I recently rediscovered this in my stash. i say that it is good for winter bc it provides enough moisture on its own if u have combo to normal skin, those with extra dry may need additional underneath, and also is nowhere near high enough spf for spring, let alone summer. i combine medium and light shade to match my skin tone. lately i have tiny bunps along my forehead, and im hoping bb cream can help heal it, and it covers up pretty good

I love this BB cream. I fairly dry skin and this is one of the only BB cream that doesn't show dry patches on my skin. Also gives fairly good coverage without being too heavy. This is absolutely my favorite BB cream from the drugstore, the Maybelline one just does not give the same consistency or coverage.

I've always had breakouts and my pores are large. I can wear this BB cream over moisturizer, dust with loose powder, and have good-looking skin. It's a great consistency, not too thin, not too thick. A red pimple requires some actual concealer in addition to this product, but on a good skin day this is enough.

I have not written a review in a while but I really had to tell others about this because it is that good......at least for my skin. I'm fair with a fairly normal complexion. No real dry or oily spots any longer. For you younger ones, that is one plus I found about getting older......the oiliness is gone and I don't really have wrinkles. Anyhow, I do have some redness. This cream is a dream It blends with ease and most days I only need a dab of foundation on the red areas to look great. It lasts all day, too. None of that caked, blotched look you get from long wear foundations. I like this so well, that I went back to the store that is selling it (I'm getting it for $3.99 plus tax) and bought the rest of the tubes in my shade. Love, love, love. Sadly, this may be discontinued. I'm set for a while. If you can find it, try it. Slight scent, but not really noticeable.

I really really want to like this: it is the first American BB cream I tried and it is really not bad. I got the shade &quot;light&quot;, and though it is a bit too pink for me it is not obvious. The coverage is good, it is very light-weight and moisturizing. The texture is gel like and it feels very nice. Problem? The fragrance. The fragrance is actually very nice. It is a floral scent that does not really bother me. It really bothers my skin though. Irritated my skin and caused break outs. So if Ponds could take the fragrance out it will be perfection for me...but for now...I trashed it.

Full disclosure: I'd never heard of this product before I found MUA! Because I'm so easily influenced by others, I bought one. And then went back and bought two more. I really, really like this. The first time I used it, I didn't bother with a primer and I didn't use powder. As might be expected, after about 4 hours I ended up with Shiny Nose Syndrome (easily treatable by the prompt use of oil-absorbing tissue thingies - I happened to have a little packet right next to me). The second time I used my ELF HD powder and spritzed some setting spray on and it lasted the day. This BB cream is really something else. It gives more coverage than I expected, to the point where I didn't need to use concealer at all other than my little tube of green goodness (to combat redness not caused by scarlet fever. No, seriously, I have redness but I also had scarlet fever as a child which turned into rheumatic fever and as a result I should have regular echocardiograms to check my valves. That's wtmi, isn't it? Gawd I'm rambling again. Sorry 'bout that). Totally forgot where I was going with this. The price is more than reasonable - I got a 2-pack for $10 from That Huge Book Seller Which Now Owns Everything In The World Ever. Otherwise you can find a single tube for about $8 or so. So ultimately, if you're looking for medium coverage that's not likely to irritate sensitive skin and doesn't cake (and that's a huge thing for me), give it a shot. I think you'll like it The only negative really is the shading - as far as I can tell, there isn't a whole heck of a lot of choice, specially for darker skinned ladies.